Dausa is slated to go to polls on May 6 along with a total of 51 constituencies in seven states in the 5th phase of the Lok Sabha elections. 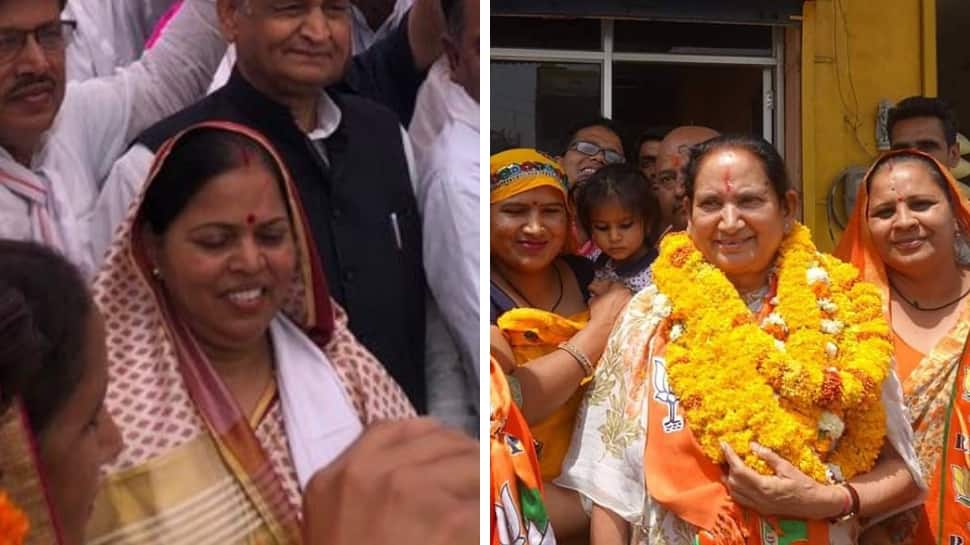 Jaipur: Dausa Lok Sabha constituency neighbouring Jaipur is gearing to an interesting woman vs woman fight with both the BJP and Congress having fielded women candidates from here. With the BJP belatedly announcing former Union minister Jaskaur Meena's candidature from here, Dausa has emerged as the sole parliamentary constituency in the state to have two women contenders to take on each other.

The BJP took time to finalise its candidate for Dausa as the constituency had several contenders backed by different factions within the party. The ticket seekers among BJP leaders reportedly included Rajya Sabha member Kirodi Singh Meena and independent MLA Om Prakash Hudla.

With Jaskaur Meena able to secure the BJP ticket amid the multilateral contest for it within the party, the Congress is hoping to capitalise on a perceived dissension within the saffron party.

"There is a massive tussle going on within the BJP. The Congress will get the benefit due to tussle between the local political leaders dominance. The Congress will definitely get the edge," said party's Dausa district president Ramji Lal Odh.

In the 2018 assembly elections, the political rivalry of local Meena community leaders had played a spoilsport for the BJP where the party could not win any of the seven assembly seats in Dausa parliamentary constituency.

The BJP leaders, however, deny any dissension within the party over grant of ticket to Jaskaur Meena, saying her name was finalised after Union HRD Minister Prakash Javadekar met all three contenders. He had also met Raje.

The BJP leaders also deny that the delay in announcement of candidate would impact the party's poll prospects.

"The Congress will not be able to take any edge over us. Don't worry everything will get right soon. We have started campaigning in right earnest and holding meetings in support of Jaskaur Meena," BJP Dausa district president Ghanshyam Balahedi said.

Political commentators, however, say the tussle within the BJP for Dausa seat is not new.

In 2008, the BJP had given ticket to Jaskaur Meena from Sawai Madhopur seat after denying it to Kirodi Meena who had then left the BJP.

In 2014, Dr Meena contested election on National People's Party ticket unsuccessfully. Ahead of the 2018 assembly election, he joined the BJP again and became Rajya Sabha MP from the party.

Two other independent candidates from Bassi and Thanagazi seats have supported the Congress government in the state.

Dausa is slated to go to polls on May 6 along with a total of 51 constituencies in seven states in the 5th phase of the Lok Sabha elections.