Digvijaya Singh said he will develop a clinic in every ward of Bhopal, apparently on the lines of the mohalla clinics set up in Delhi by the AAP government in Bhopal. 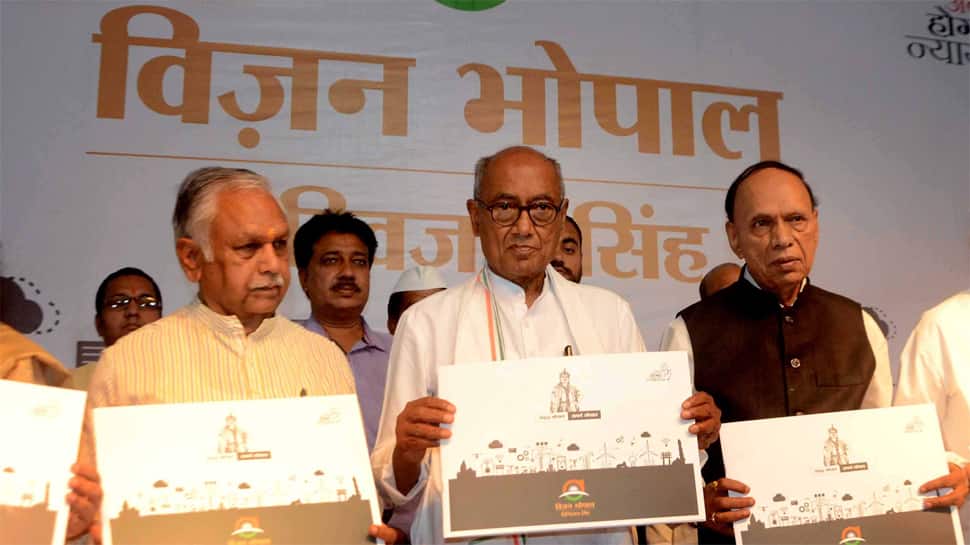 BHOPAL: Congress's Lok Sabha candidate from Bhopal Digvijaya Singh on Sunday shared his vision document in which he promised a safe environment for women, children and senior citizens for the constituency. He also vowed to work on the development of a sports hub, a film city, an art city for artists and writers, and among other things if he comes to power.

He said he will develop a clinic in every ward of Bhopal, apparently on the lines of the mohalla clinics set up in Delhi by the AAP government in Bhopal. Besides promising the industrial development of Bhopal and setting up of satellite townships, he also promised house to every homeless.

He said that he is releasing his vision document on the basis of which he will be urging people to vote for him.

While launching his vision document, former Madhya Pradesh chief minister hit out at Narendra Modi government's flagship 'Smart Cities Mission', which is aimed at developing 100 smart cities, including Bhopal, in the country. Calling the mission a 'dumb idea', he said that the idea of smart city was not clear to even the Prime Minister himself

"The definition of a smart city is not clear to Narendra Modi himself. What is a smart city? The greenery of Bhopal was destroyed in the name of developing it as a smart city," Singh said adding that Bhopal could be developed as a global city.