The Election Commission had on April 11 issued notices to Mayawati for violating the model code of conduct. 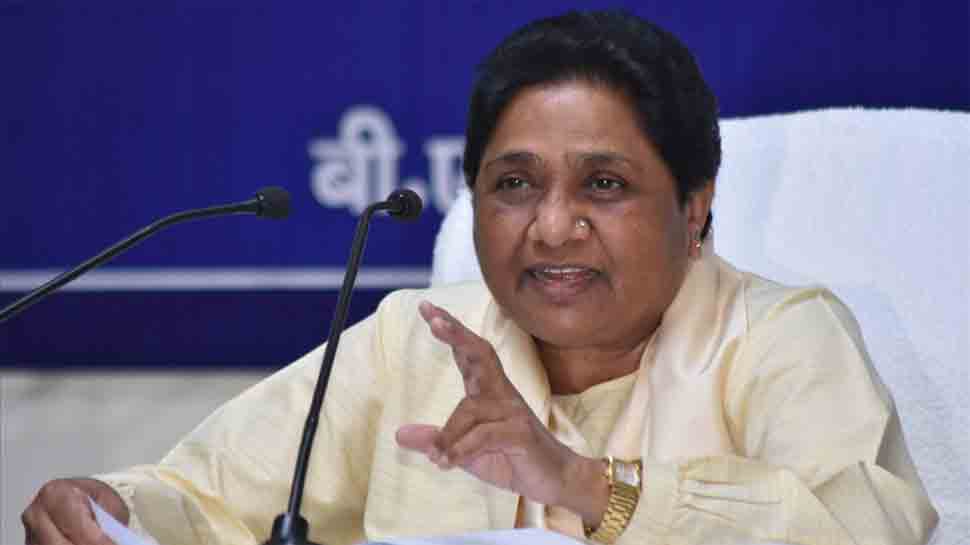 New Delhi: The Election Commission on Monday 'strongly condemned' BSP supremo Mayawati for communal remarks made by her at a recent public gathering and barred her from campaigning in the Lok Sabha elections for 48 hours.

The EC said that Mayawati would be barred from holding any public meetings, processions, rallies, road shows and interviews, public utterance in media related to elections for 48 hours.

"The Commission observes that being a senior leader, Mayawati should have desisted herself in making statements that have the undertone and propensity to polarise the elections, which is not confined to the constituency only where the statement is made, but to the other parts as well, due to fast dissemination of information in the digital age," the order said.

The EC order came after the Supreme Court took note of the communal remarks made by Mayawati during her recent campaign on April 7 at Deoband, Saharanpur.

The Election Commission had on April 11 issued notices to Mayawati for violating the model code of conduct.

Mayawati was issued the notice for her speech in Deoband appealing to Muslims to not vote for a particular party and to vote only for SP-BSP-RLD alliance candidates. The BSP chief had prima facie violated the model code of conduct, the poll panel found.

Following the EC's order, the BSP announced to call off Mayawati's election rally on Wednesday, which was her first in Gujarat for the upcoming Lok Sabha election.

The BSP has fielded its candidates on all the 26 Lok Sabha seats in Gujarat which will have a single phase polling on April 23.