Sadhvi Pragya, who is also BJP's candidate from Bhopal, has been asked to submit her response within a day. 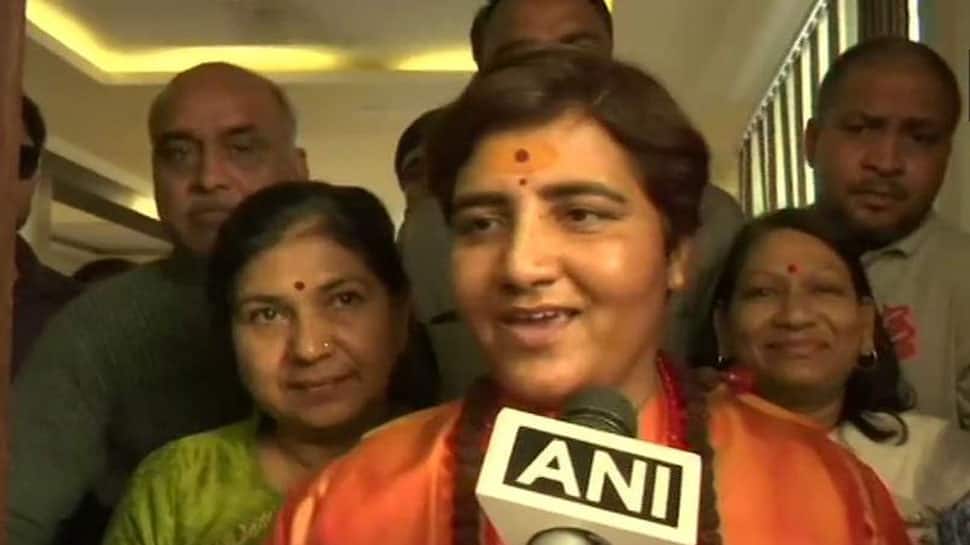 In a fresh trouble for BJP leader Sadhvi Pragya Thakur, the District Election Officer and Collector in Bhopal on Saturday issued a notice to her under model code of conduct seeking an explanation from for her comment on Late Mumbai ATS chief Hemant Karkare. Sadhvi Pragya, who is also BJP's candidate from Bhopal, has been asked to submit her response within a day.

Bhopal: A notice has been issued to Pragya Singh Thakur by District Election Officer and Collector under model code of conduct seeking an explanation from her for her comment on Late Hemant Karkare within a day. (File pic) pic.twitter.com/cqnjQwRIRN

Sadhvi Pragya sparked a huge political row on Thursday by claiming that Karkare died during Mumbai attacks because she had "cursed" him for torturing her. Pragya had made the controversial remarks while addressing BJP workers in Bhopal. The growing criticism, however, forced Sadhvi Pragya to tender an apology on Friday.

"We took suo motu cognisance of the statement and sought a report from the assistant returning officer (ARO) on the matter. We got the report this morning and we are going to issue notices, which are returnable within 24 hours, to the organiser of the programme and the person who made the statement," District Election Officer and Bhopal Collector Sudam Khade told PTI.

The 48-year-old Sadhvi Pragya is currently on bail and she has been discharged by a court on charges under the stringent Maharashtra Control of Organised Crime Act (MCOCA) in the 2008 Malegaon blast case. Sadhvi Pragya is still facing trial under other criminal provisions, including the Unlawful Activities (Prevention) Act, in Malegaon case.

The BJP on Wednesday announced that Sadhvi Pragya will be the party's candidate from Bhopal seat against Congress stalwart and Digvijay Singh.

Meanwhile, in an interview to a TV channel on Friday PM Modi had said that the BJP's decision to give ticket to Sadhvi Pragya from Bhopal was a symbolic answer to all those who tried to brand Hindus as "terrorist". He added that this was done by the Congress and the party will have to pay a big price for doing this.

The PM had also accused the Congress of working with a certain "modus operandi" to create false narratives on incidents such as Samjhauta Express blast and death of judge BH Loya.

"Samjhauta Express verdict came. What came out? Without any evidence, a rich civilization as old as 5000 years, which gave the message of `the whole world is one`? You called such a civilization terrorist? To give a reply to all such people, this (fielding of Thakur) is a symbol and this symbol will cost Congress dearly," said the prime minister.