Navjot Singh Sidhu has been asked to respond within 24 hours. 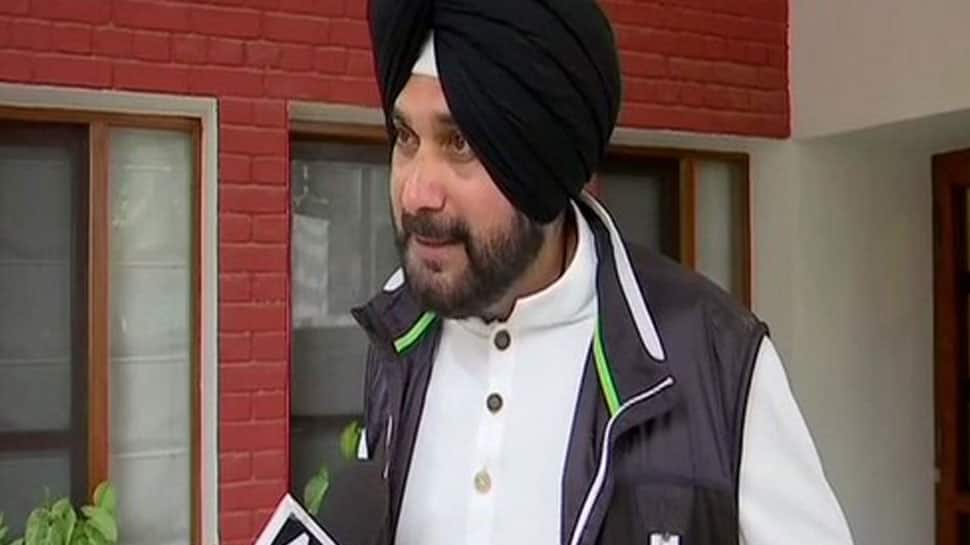 NEW DELHI: The Election Commission on Saturday issued a show-cause notice to Congress leader Navjot Singh Sidhu for allegedly warning the Muslim voters about the division of votes in Bihar.

The action from the poll body came in the wake of reports that Sidhu warned Muslim voters that efforts were on to divide their votes in Bihar.

Responding to the matter, the poll body said that prima facie it appears that Sidhu has violated provisions of the Model Code of Conduct, election law and a Supreme Court direction asking politicians not to mix religion with political discourse while electioneering.

Sidhu – a minister in the Punjab government led by Capt Amarinder Singh -  has been asked to respond within 24 hours, failing which the EC will take a decision without further reference to him.

Election Commission of India has issued a notice to Punjab Minister Navjot Singh Sidhu seeking an explanation within 24 hours for his remarks 'urging Muslims to not split votes,' made during a rally on 16 April in Katihar, Bihar. (File pic) pic.twitter.com/n2CT5VR3VO

Meanwhile, an FIR has already been lodged against Sidhu in Bihar's Kathiar under some sections of the penal code and section 123 of the Representation of the People Act.

Section 123 (3) bars promotion of, or attempt to promote, feelings of enmity or hatred between different classes of the citizens of India on grounds of religion, race, caste, community, or language, by a candidate or his agent or any other person.

The controversial Congress leader had made these remarks while addressing an election rally in Bihar's Katihar on April 16.

During his speech, the cricketer-turned-politician courted controversy as he urged the Muslim voters of a Lok Sabha constituency in Bihar with a sizeable population of the minority community to vote en bloc and defeat Prime Minister Narendra Modi.

"Do not consider yourself as being in a minority. You constitute the majority here. You are about 64 per cent. Do not fall into the trap laid down by people like Owaisi (president of All India Majlis-e-Ittehadul Muslimeen). They have been propped up by the BJP," Sidhu had said at a rally held at Barasol, in the Balrampur assembly segment under the Katihar Lok Sabha seat in Bihar.

Sidhu was canvassing in support of veteran Congress leader and former Union minister Tariq Anwar at the rally in Katihar.