Computer Baba had started the 'Hatyog' at a ground in Bhopal on Tuesday in order to ensure Congress' candidate Digvijaya Singh's victory in Lok Sabha election. 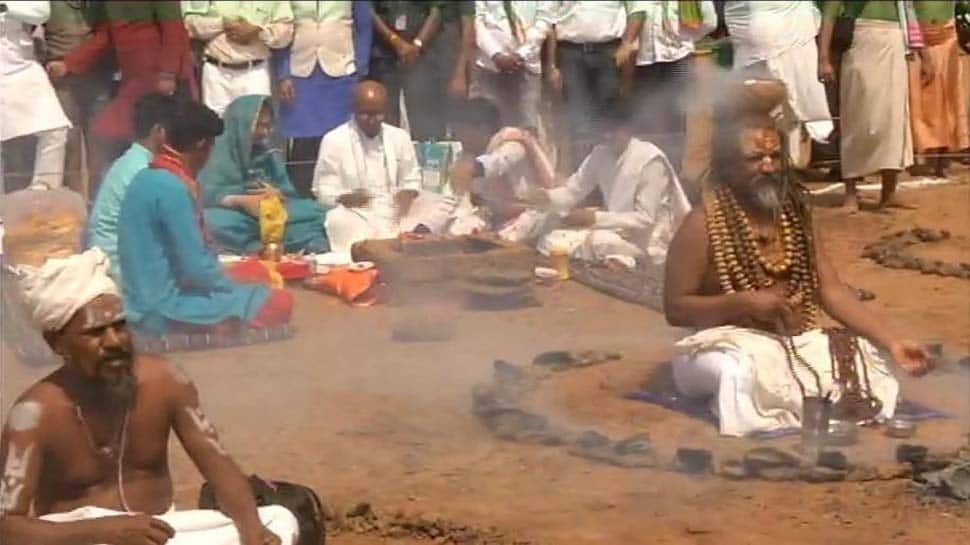 The Election Commission on Wednesday said that it has started an investigation in the 'Hatyog' programme launched by famous Hindu saint Computer Baba in Bhopal. It is to be noted that Computer Baba had started the 'Hatyog' at a ground in Bhopal on Tuesday in order to ensure Congress' candidate Digvijaya Singh's victory in Lok Sabha election.

The probe has been started by Collector and District Election Commissioner Sudama Khade on the complaint of BJP. The poll panel will carry on the probe in this matter on three main points. The EC will probe from whom Computer Baba has got the permission to perform 'Hatyog' and when was the permission granted to him. The poll panel will also probe whether Digvijaya Singh had invited Computer Baba and other saints to attend the 'Hatyog'. The third important point which the EC wants to know is that Computer Baba is campaigning for which party and how much money is being spent on his programmes.

Computer Baba, who was granted status of minister when Shivraj Singh Chouhan was the chief minister of Madhya Pradesh, started the 'Hatyog' for Digvijaya's victory on Tuesday. Computer Baba, whose real name is Namdeo Das Tyagi, had said that about 5,000-7,000 sadhus will perform pooja for the next three days and pray for Digvijaya's victory. The saints will perform hawan, bhajan and kirtan besides various kinds of yogas meant for specific purposes.

Polling in Bhopal will take place in the sixth phase on May 12. The counting of votes is scheduled to take place on May 23.