Polling for two Lok Sabha seats and bypoll for three state Assembly seats in Goa is being held in a single phase on Tuesday. 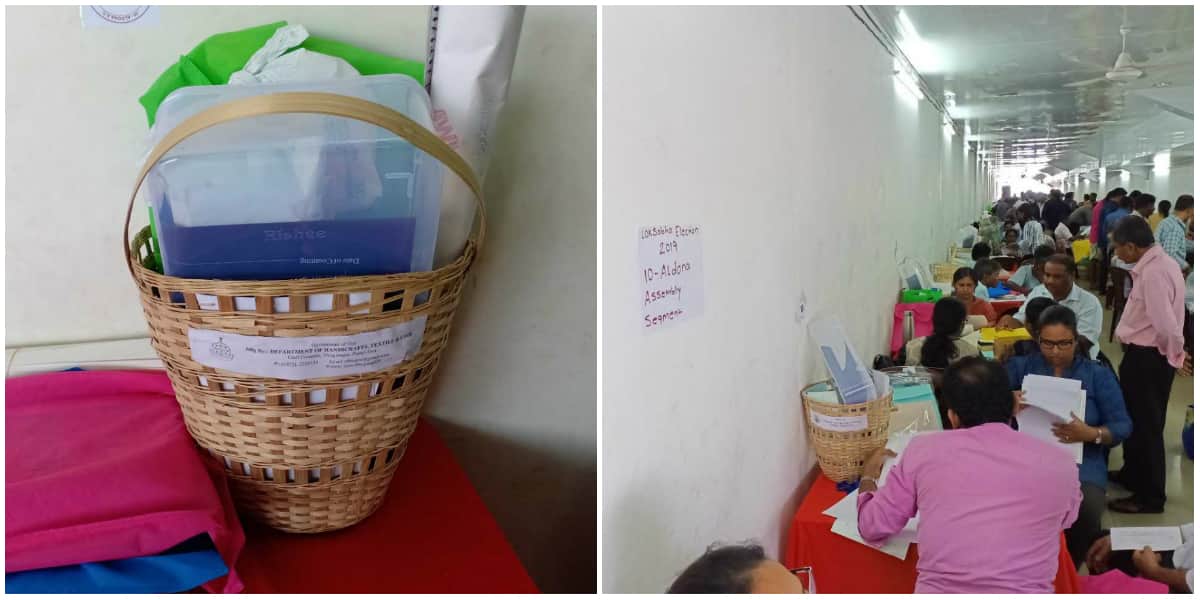 Panaji: Goa, where voting is currently underway for the third phase of the national election, is bringing an eco-friendly twist to the polling stations. The officials stationed at the booths have been given special training to use baskets and trays made of bamboo sticks and of other eco-friendly items.

The Chief Electoral Officer (CEO) of Goa tweeted that it is their effort to save the environment by "maximum use of eco-friendly materials in polling."

Also, it may be mentioned that at the polling centres, special assistance will also be given to the specially-abled and senior citizens who come to vote by providing them with wheelchairs and ramps have also been created.

"Whatever stationary has been provided for election use is eco-friendly. Efforts have also been made to urge people to come to the booths to exercise their franchise," polling officer Amit Kumar said.

Most of the polling stations in Goa have been named Adarsh polling booths. Outside the centres, officials have been deployed in full number to ensure free and fair polling across the state.

Polling for two Lok Sabha seats and bypoll for three state Assembly seats in Goa is being held in a single phase on Tuesday.

Around 13 per cent voter turnout was reported in the first two hours of polling. Goa Chief Minister Pramod Sawant and his wife were among the early voters.

Meanwhile, Goa Congress also campaigned for votes for the party in an eco-friendly way. State Congress president Girish Chodankar on Friday had said that party leaders will cycle to different parts of Goa.