The last time they came together was for performing the `jal pooja` for the proposed grand memorial of Chhatrapati Shivaji Maharaj, in the Arabian Sea, off Chowpatty in Mumbai. 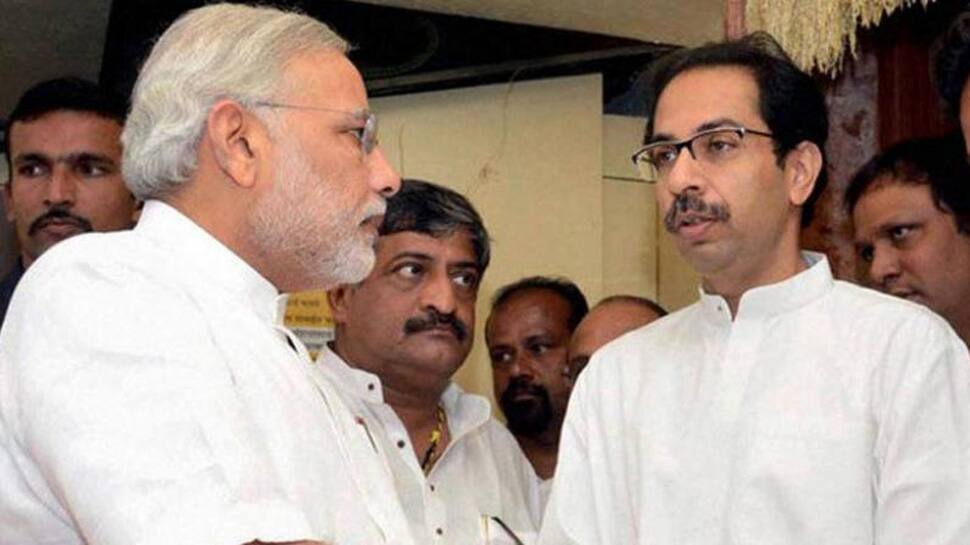 Latur (Maharashtra): The bickerings of nearly four years behind them, Prime Minister Narendra Modi and Shiv Sena President Uddhav Thackeray will share the dais - for the first time in 28 months - at an election rally in Ausa here on Tuesday.

The last time they came together was for performing the `jal pooja` for the proposed grand memorial of Chhatrapati Shivaji Maharaj, in the Arabian Sea, off Chowpatty in Mumbai.

Later that day, on December 24, 2016, they had addressed a joint public meeting in Bandra Kurla Complex where Thackeray faced a major embarrassment as Bharatiya Janata Party supporters kept chanting `Modi, Modi` during his address.

As relations between the two saffron allies continued to worsen, at one of his rallies, Thackeray had repeated Congress President Rahul Gandhi`s jibe of `Chowkidar Chor Hai`, much to the BJP`s chagrin.

In the past four-plus years, the BJP ally in the centre and state left no opportunity to hit out at Modi, BJP President Amit Shah, Maharashtra Chief Minister Devendra Fadnavis and other top leaders on various issues ranging from demonetization to the Ram temple.

Nevertheless, the past was hastily buried last month when the BJP-Sena re-entered their alliance and now are contesting the 48 Lok Sabha seats in the ratio of 25:23 and have announced plans to contest the assembly elections together.

Post-alliance, Thackeray has again warmed up to Fadnavis, Shah and Modi and held joint rallies with the Chief Minister.

The two allies had contested the 2014 Maharashtra Assembly elections, the 2017 BrihanMumbai Municipal Corporation (BMC) elections and the 2018 Palghar Lok Sabha by-election separately and against each other.