Kumar is the member of the 16th Lok Sabha from Kerala's Kollam. 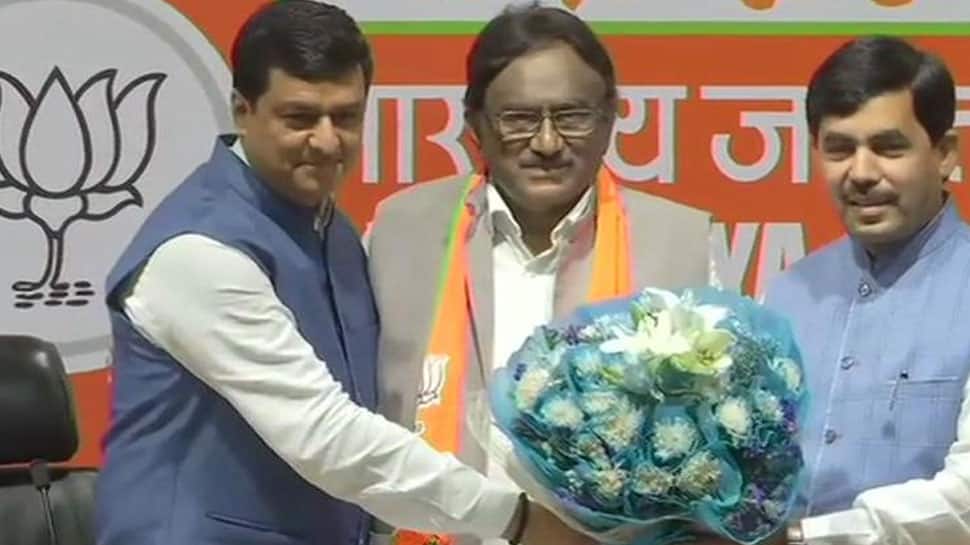 NEW DELHI: In yet another setback to the Congress party, its former Member of Parliament from Kollam S Krishna Kumar on Saturday joined the Bharatiya Janata Party.

Kumar was inducted in the saffron party fold in the presence of the BJP leaders in the national capital.

Welcoming Kumar in the party, senior BJP leader Shahnawaz Hussain said that his induction will further strengthen the saffron party.

When asked why he decided to quit the Congress party and join the BJP, Kumar said, "I worked in Rajiv Gandhi and Narasimha Rao governments as Minister of State and Minister of State independent charge. I decided to devote the rest of my life as a soldier of Narendra Modi. I believe people of India should give a mandate to PM Modi for the next 10 years. I am opposed to the leadership of Sonia Gandhi and now her son.''

He continued to attack Congress by saying, ''Narasimha Rao's remains were not even allowed at the AICC office. He was disrespected. Sonia has no idea of Indian heritage and culture."

On his decision to join BJP, Kumar said, ''My motive for rest of my life is to strengthen hands of PM Modi. He should be given a mandate not only for 5 years but for another 10 years so that he can modernise the nation and take it to the forefront.''

Kumar is the member of the 16th Lok Sabha from Kerala's Kollam.