Maneka Gandhi allegedly said that Muslims in Uttar Pradesh's Sultanpur should vote for her if they wanted her to get their work done after she wins from the constituency. 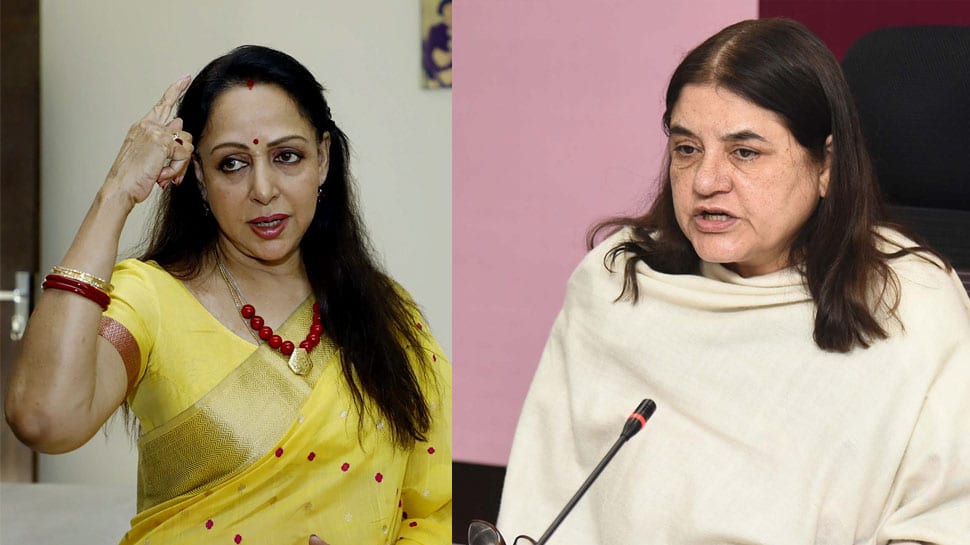 “On triple talaq issue many minority community women support us but even if they don't, and who did not. This kind of feeling doesn't come to me. Everybody is different,” the veteran actor-turned-politician told ANI.

Hema Malini on Maneka Gandhi's statement on Muslim voters: On triple talaq issue many minority community women support us but even if they dont,you have to help everybody,doesn't matter who voted for us & who did not. This kind of feeling doesn't come to me.Everybody is different pic.twitter.com/YCGfKPZcE0

Hema Malini has once again been fielded from her current parliamentary constituency Mathura.

Maneka Gandhi sparked controversy on Thursday after she allegedly said that Muslims in Uttar Pradesh's Sultanpur should vote for her if they wanted her to get their work done after she wins from the constituency.

"I am winning. I am winning because of the love and support of people. But if my victory is without Muslims, I won't feel that good. Then when a Muslim comes to me for work, I think let it be, how does it matter? It's all about give and take, isn't it? We are not all children of Mahatma Gandhi, are we?" Maneka is hear saying in the video.

"I have already won the election but you will need me. This is your chance to lay the foundation," she went on to say.

However, Gandhi later maintained that her remarks were quoted out of context.

A show cause notice was issued to her by the district poll authorities on Friday and the matter is with the Election Commission.

"The EC has taken cognisance of the matter. The District Magistrate, Sultanpur, has issued a show cause notice to her and a report has been sent to the EC," said BR Tiwari, Addtional Chief Election Officer.