Keeping aside their years and years of political animosity which often turned outrightly personal, Mayawati and Mulayam Singh Yadav will share the stage in Mainpuri on Friday (April 18). 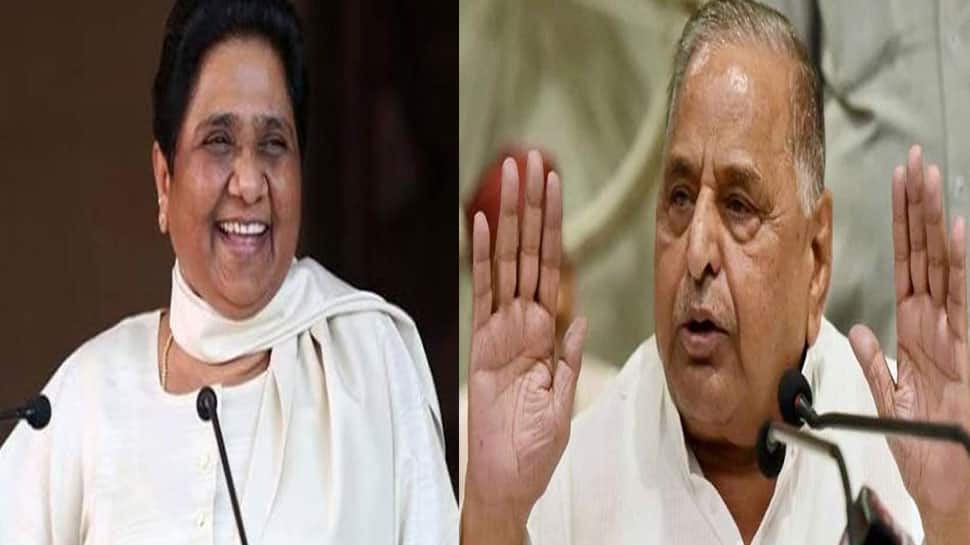 New Delhi: Once upon a time, Mulayam Singh Yadav and Mayawati were staunch rivals who fired accusations galore at each other. For years, the two rivals kept India's most populous state politically charged and took turns to form the government here. But there are no permanent foes - just like there are no permanent friends - in politics.

Come Friday and the two rivals will be seen on stage together as the Bahujan Samaj Party (BSP) chief and the Samajwadi Party founder will campaign in Mainpuri.

Mulayam is the candidate from Mahagathbandhan for Mainpuri in eastern Uttar Pradesh as per the pre-poll alliance between SP, BSP and RLD.  The three parties had worked out a 37-38-3 seat formula for Lok Sabha election 2019 and while Mulayam and SP chief Akhilesh are contesting, Mayawati chose to not contest and instead, support the alliance in defeating a bigger rival - the Bharatiya Janata Party.

While the BJP has called the alliance between rival parties SP and BSP an 'unholy matrimony', it is also an alliance which has been necessitated by BJP's dominance in Uttar Pradesh. In the 2014 edition of Lok Sabha election, the BSP had been wiped out while the SP had managed only five of the 80 seats here. Since then, the two parties - BSP and SP - have set their differences aside to make small comebacks courtesy by-polls.

The national stage, however, may well be a completely different playing field.

Joining Mulayam and Mayawati on Friday would be Akhilesh and RLD's Ajit Choudhary even though Mainpuri is considered a safe bastion for SP. After all, Mulayam had managed to defeat both BJP and BSP from here in 2014 by a massive margin. In fact, Mulayam has been a rock-solid pillar in Mainpuri constituency, one that no one has been able to crack so far. The opportunity to bring down the giant this time has been given by BJP to Prem Singh Shakya who now will face the combined might of two parties that have previously - and individually - called the shots in Uttar Pradesh.

(With inputs from Vishal Pandey/Zee Media)