Godhra town falls under Panchmahal Lok Sabha seat, which goes to polls on April 23 along with 25 other parliamentary constituencies in Gujarat. All the seats are currently held by the BJP. 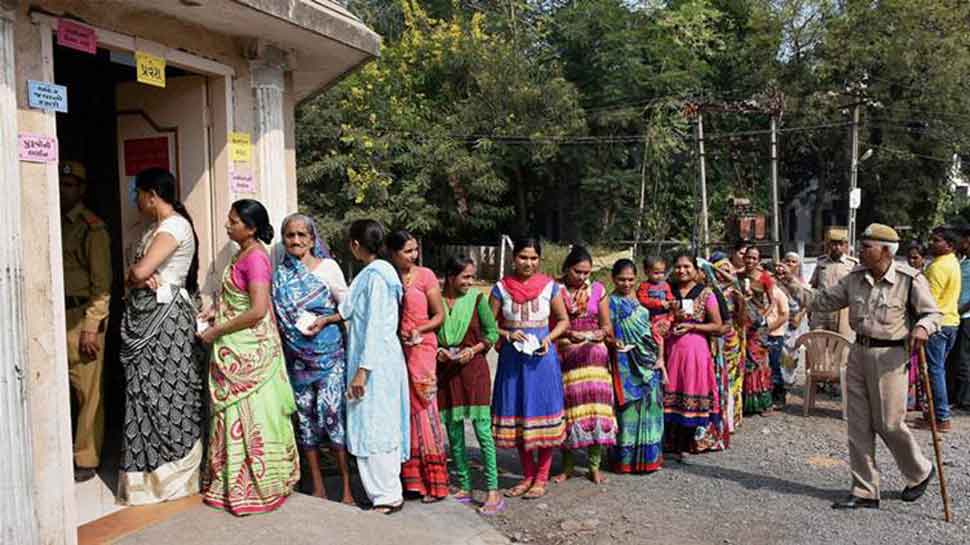 Godhra: It got noticed on the world map 17 years ago due to the infamous train burning incident and the state-wide riots it triggered in Gujarat, but Muslims of this small town say they have long buried the infamous past and want their political leaders to focus on development.

A large number of Muslim residents, most of whom are traders and small businessmen, said the area has remained largely peaceful since the 2002 riots and many give credit for that to the BJP rule in the state. "After 2002, no major riot has been reported here. There is a general perception among us that peace would prevail till the BJP is in power. That is the reason why many of us support BJP," said Haji Farukh Kesri, a prominent businessman of Polan Bazar area.

His two automobile shops are situated right near Polan Bazar chowk where Indian tricolour is hoisted every day since 2005 by local Muslims. "Peace and development go together. If there will be peace, we will be able to grow our businesses. There is absolutely no rift among Hindus and Muslims here. Many of my employees, as well as my customers, are Hindus. We want to preserve this atmosphere. This is required for our development," he said.

Godhra town falls under Panchmahal Lok Sabha seat, which goes to polls on April 23 along with 25 other parliamentary constituencies in Gujarat. All the seats are currently held by the BJP.

As per estimates, Godhra has a population of around 1.90 lakh people and nearly 40 per cent of them are Muslims. The entire Panchmahal constituency has over 17 lakh voters, including 2.18 lakh Muslims.

Muslims in the town are almost unanimous that they have moved on in their lives since the 2002 'Godhra Kaand', in which 59 passengers of Sabarmati Express, many of whom were returning from Ayodhya, died after a coach of the train was burnt, triggering riots across Gujarat in which over 1,000 people, mostly of minority community, lost their lives.

"No one even discusses what happened in 2002. We have moved on. And why should we remember it when we were not involved in it. We don't know who was behind it," Mohammad Hussein said at a paan shop outside Signal Falia, a Muslim locality right opposite the Godhra railway station.

Signal Falia came into limelight after it was alleged that the locals from this locality on February 27, 2002 set ablaze the S6 coach of Sabarmati Express.

"Most people of this area are not even aware today about the incident. Why should we remember it when we have not done anything wrong?" said Wasim Kazi, standing near a wall separating Signal Falia and Godhra Junction.

In Polan Bazaar, many Muslims said the BJP government in the state has ensured continued peace, which they said is crucial for their businesses. However, there are supporters of Congress and other parties as well.

Abdul Hamid, who runs a scrap business, said the Muslim voter are equally divided between the Congress and the BJP.

"Not all Muslims vote for Congress. There are many who like the BJP. Our sitting MP Prabhatsinh Chauhan remains in touch with us and attends our functions. We want politicians to focus more on solving our basic issues, such as better roads and healthcare, rather than going on religious lines. There is no reason for remembering 2002, he said.

Notably, BJP has dropped Prabhatsinh Chauhan this time and instead given ticket to independent MLA Ratansinh Chauhan. Congress has fielded its senior leader V K Khant.

In Saatpul Baazar also, the Muslim residents are clear their focus is development when it comes to voting. However, the voices of discontent against the ruling party are much more louder in this area. "Everyone wants development. But, what has the BJP given us? Just look at the condition in which we are living. There is absolutely no development here. How can you expect us to vote for BJP? Most Muslims would vote for Congress this time. We want to live a better life," said Salman, a young resident of Saatpur Bazar.

Tear my son's clothes, take him to task if he does not deliver: Kamal Nath