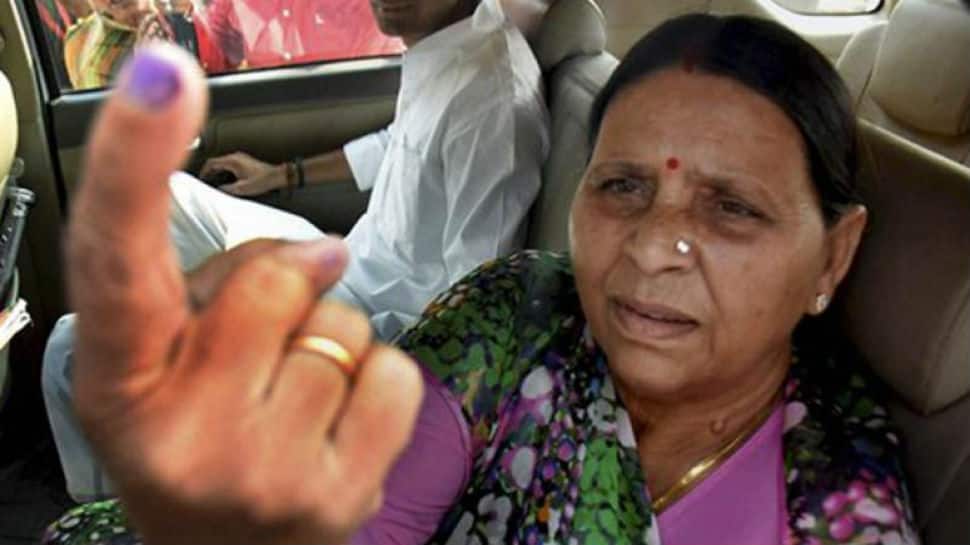 PATNA: Launching a scathing attack on Prime Minister Narendra Modi, former Bihar Chief Minister and RJD leader Rabri Devi on Wednesday said that the prime minister is a "jallad" (an executioner) Replying to a question from reporters about Priyanka Gandhi Vadra calling PM Modi Duryodhan, a negative character from mythological Mahabharata, Rabri said, "Vadra should have called the Prime Minister an executioner because he has been responsible for killing judges and journalists."

Rabri also posted a tweet attacking PM Modi and BJP president Amit Shah. She said that these leaders are of poisonous mentality. Rabri remarked that PM Modi's language has no standard and does not even want to comment on his remarks. The former Bihar CM said that PM Modi-Shah are sure of their defeat in the Lok Sabha poll and that's why they are so rattled.

Meanwhile, Rabri Devi's son and RJD leader Tejashwi Yadav on Wednesday defended West Bengal Chief Minister Mamata Banerjee for her comment that PM needed a “slap of democracy” for calling Trinamool Congress leaders “extortionists”. On Tuesday, Mamata sparked a political row when she said that she did not consider Narendra Modi as the Prime Minister and felt like “giving him a tight slap of democracy”.

External Affairs Minister Sushma Swaraj on Wednesday lashed out at Mamata for her remarks against the prime minister. She also accused Mamata of  “crossing all limits”. "Mamata ji, you've crossed all limits today. You are the chief minister of a state and Modi ji, the country's Prime Minister. Tomorrow, you'll have to talk to him. Which is why I'm reminding you of a couplet by Bashir Badr: Dushmani kam karo lekin gunjaish rahe ( Harbour animosity but tomorrow if we become friends, don't be ashamed)," tweeted Swaraj.