Seats in which elections will be held on Sunday are Tamluk, Kanthi, Ghatal, Jhargram (ST), Medinipur, Purulia, Bankura and Bishnupur (SC). 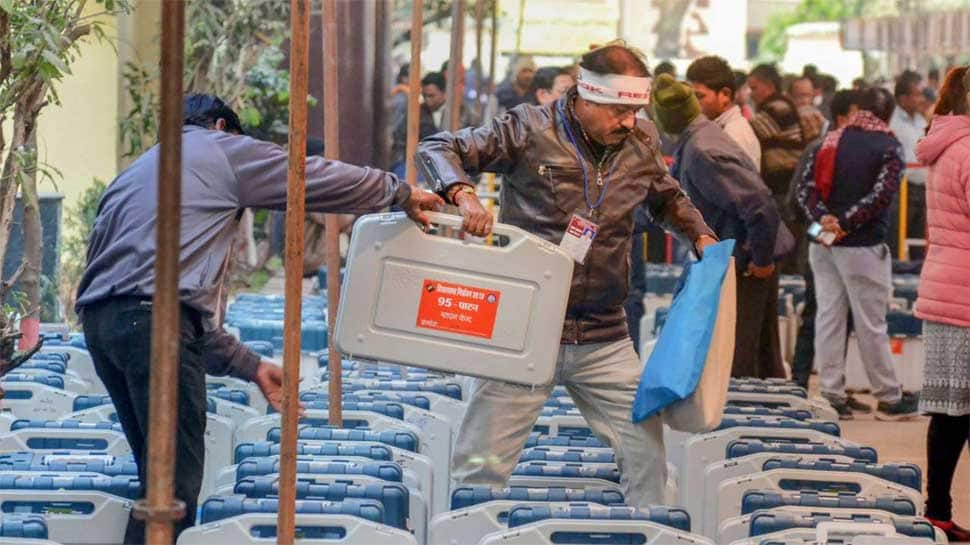 KOLKATA: Voting on eight Lok Sabha constituencies in West Bengal will be held on Sunday, May 12 in the sixth phase of Lok Sabha election amid unprecedented security arrangements put in place by the Election commission of India.

Seats in which elections will be held on Sunday are Tamluk, Kanthi, Ghatal, Jhargram (ST), Medinipur, Purulia, Bankura and Bishnupur (SC), where an electorate of 1,33,69,749 will decide the fate of 83 candidates.

The high-pitched campaigning by different political parties for eight Lok Sabha constituencies going to the polls in the sixth phase on May 12 came to an end Friday evening.

The EC will deploy a total 770 companies of central forces, which will cover almost 100 per cent polling booths in the eight constituencies to ensure free and fair polling, officials in the poll panel said.

All the eight seats spread across the four Jangal Mahal districts and East Midnapore will see mostly a four-cornered contest between Trinamool Congress, BJP, Congress and the Left Front. Only Bankura seat will have a triangular fight since Congress did not put up any candidate there.

Manas Ranjan Bhunia is the TMC candidate from Medinipur seat against BJP's state president Dilip Ghosh. The Congress has nominated Sambhunath Chattopadhyay and the Left Front constituent CPI has fielded Biplab Bhatta for the seat.

In Purulia, sitting MP Mriganka Mahato of TMC will contest against BJP's Jyotirmoy Singh Mahato. The Left Front constituent All India Forward Bloc has nominated Bir Singh Mahato and the Congress Nepal Mahato for the seat.

In Bankura seat, TMC's Subrata Mukherjee will contest against Dr Subhas Sarkar of BJP. The CPI(M) has fielded Amiya Patra. The seat will have a triangular contest. Shyamal Santra is the TMC candidate from Bishnupur (SC) seat against BJP's Saumitra Khan. The CPI(M) has nominated Sunil Khan and the Congress has fielded Narayan Chandra Khan.

Besides general election observers and expenditure observers, the poll panel has for the first time deployed a special police observer and a special observer.