Gambhir also asserted that he will file a defamation case against CM Kejriwal and Atishi for trying to tarnish his image. 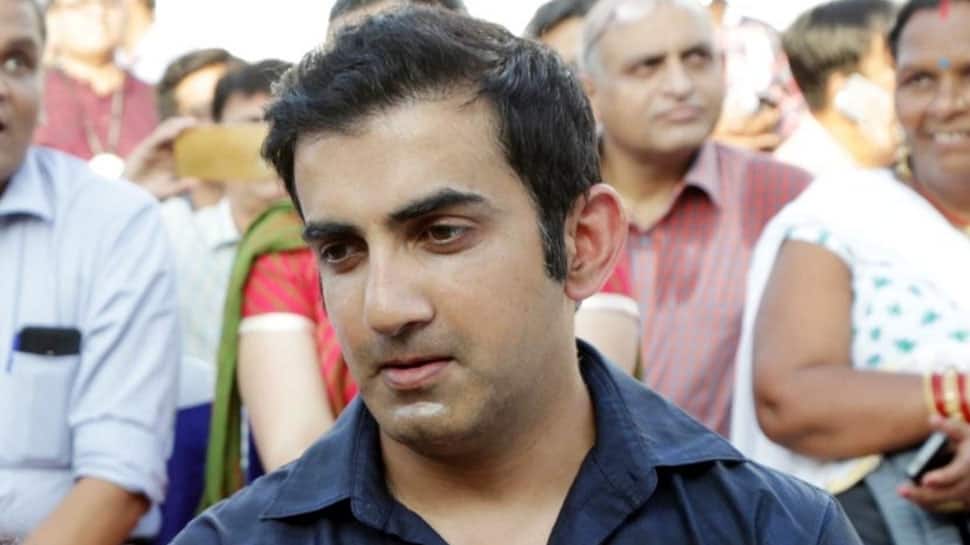 Hours after East Delhi Aam Aadmi Party (AAP) candidate Atishi Marlena accused her BJP opponent Gautam Gambhir of derogatory and abusive remarks against her, Gambhir on Thursday slammed Delhi Chief Minister Arvind Kejriwal calling him filth. He also asserted that he will file a defamation case against CM Kejriwal and Atishi for trying to tarnish his image.

Earlier in the day, Atishi broke into tears while reading a pamphlet containing derogatory and abusive remarks against her which she alleged was distributed in the constituency by Gambhir. The pamphlet headlined 'Atishi Marlena-Know your candidate', also uses abusive language about CM Kejriwal and Deputy CM Manish Sisodia.

Speaking after the incident, Gambhir said, "I've two daughters and I respect women. I've clarified my stand. How can someone stoop to this level? I'm ashamed that this is the CM of my state and had I known earlier I would have left Delhi. I'll definitely file a defamation case," said Gambhir.

Reacting to the allegations, Gambhir had severely criticised CM Kejriwal and accused him of outraging a woman’s modesty. He further challenged Kejriwal and Atishi saying that if proven true, he will withdraw his candidature immediately. He also questioned the duo that if proven otherwise, will they quit politics. "I feel ashamed to have a CM like Arvind Kejriwal. My Challenge no.2 ArvindKejriwal AtishiAAP. I declare that if it's proven that I did it, I will withdraw my candidature right now. If not, will u quit politics. I abhor your act of outraging a woman’s modesty @ArvindKejriwal and that too your own colleague. And all this for winning elections? U r filth Mr CM and someone needs ur very own झाड़ू (broom) to clean ur dirty mind," Gambhir had tweeted.

"If they can get a proof, I'll resign right now and if they get a proof by May 23, I'll resign on that particular day. But if Arvind Kejriwal does not get the proof, does he accept the challenge that he will leave politics forever on May 23. I will definitely file a defamation case against them. You can't tarnish someone's image just like that, if you don't have the proof. I have never given a negative statement against anyone so far in my election campaigning," Gambhir told news agency ANI.

Atishi had said, "Mujhe sirf itna puchna hai ki agar mahila ke baare mein aesi baat likh sakte hai toh Delhi ki mahilayo ki suraksha ki jimmewari kaese le sakte hai? (I just want to ask that if such things are written about women then how can you take the responsibility of the women of Delhi?)" She was accompanied by Sisodia during a press conference in the national capital.

Calling Atishi his sister, Sisodia tweeted, "Mr @GautamGambhir! You want to be elected by distributing these handbills against me and Atishi? Shame on you Mr Gambhir! People of East Delhi know me and Atishi very well but through these handbills, you have introduced yourself. This is your character."

Sisodia also asked how could Gambhir stoop to such a low level and write such comments. He also said that the party will approach the Election Commission (EC) on this matter.