Known for his aggressive batting, the BJP is likely to field Gautam Gambhir in the upcoming Lok Sabha election. 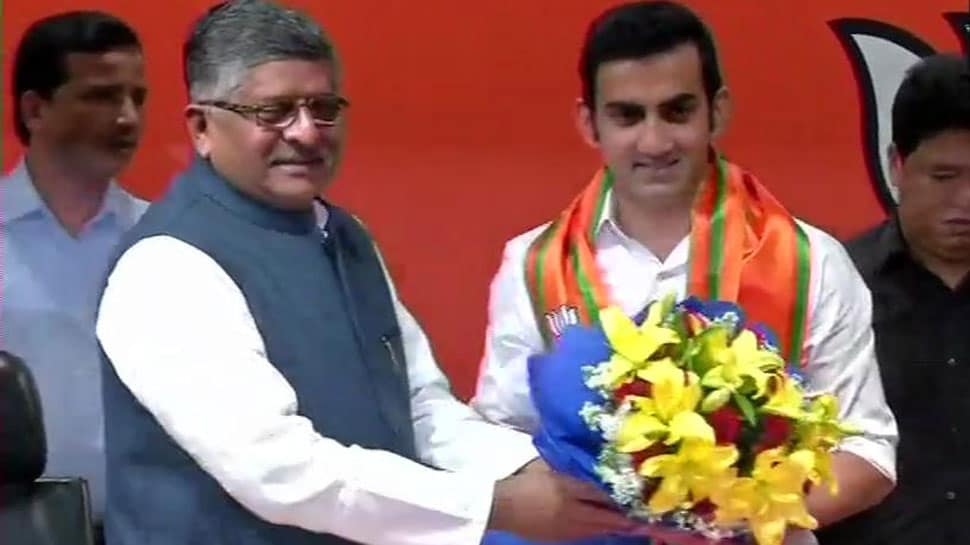 Welcoming him to the party, BJP's Arun Jaitley and Ravi Shankar Prasad hailed Gambhir's cricketing achievements. Gambhir himself thanked the party leaders for the opportunity to serve the country. "I am very influenced by our prime minister and his vision. I have done what I could for the country in cricket and I hope I can now do my best for India in this field now," he said.

While Gambhir is likely to be fielded from the Chandni Chowk constituency in the upcoming Lok Sabha election, Jaitley refused to confirm and said that it is a decision for BJP's election committee to make.

Gambhir, 37, enjoys a large fan following which could help him in his political endeavours. The following is largely due to an illustrious international cricketing career spanning over 13 years. The Delhi cricketer was instrumental in India’s World Cup win in 2011.

With nine Test centuries and another 11 in ODIs, Gambhir – a recipient of Padma Shri - was a prolific opening batsman before eventually announcing his retirement in December of last year. In recent times, he had also begun expressing his opinions on non-cricketing matters, including those on national security and on India’s armed forces. The veteran of 58 Tests and 147 ODIs had also expressed his shock and anger at terror attacks in India and elsewhere in the world.

Known for his aggressive batting, the BJP would now hope that Gambhir reinvents himself on the political pitch with the same steely resolve.