The downpour accompanied by strong winds affected the Indira Gandhi Stadium where Reddy is set to take oath here as the new chief minister of the state. 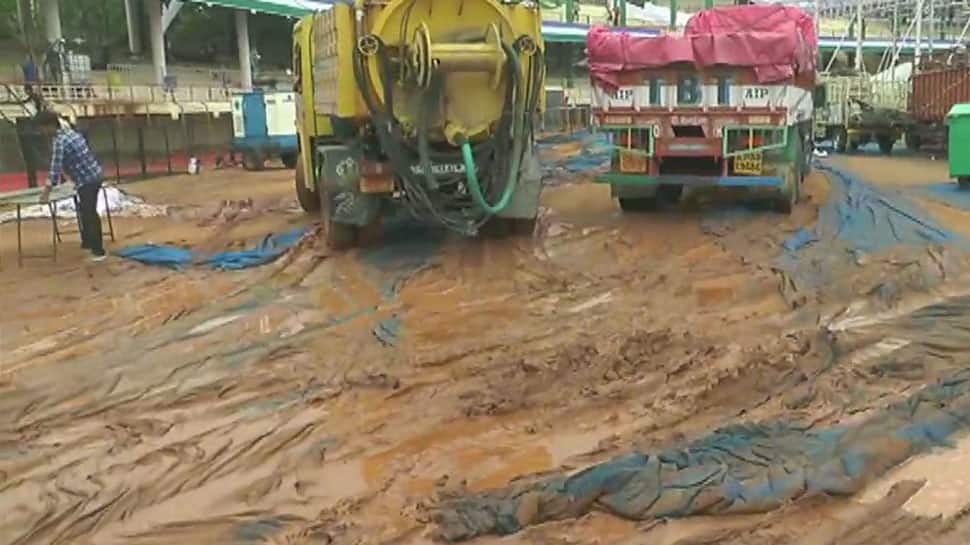 The venue for the swearing-in ceremony of YSR Congress Party chief Jaganmohan Reddy was lashed by heavy rains in the intervening night of Wednesday and Thursday in Vijayawada of Andhra Pradesh. The downpour accompanied by strong winds affected the Indira Gandhi Stadium where Reddy is set to take oath here as the new chief minister of the state.

The water damaged the makeshift tents, and also drenched the sofas and chairs as well as the hoardings. Early on Thursday morning, the municipal authorities along with other officials have been clearing the water and the damaged material.

The YSRCP got an absolute majority in 175-member strong Assembly, ousting N Chandrababu Naidu-led Telugu Desam Party (TDP) from power in the state. The party won 151 seats out of 175, whereas opposition TDP`s strength was drastically reduced from 102 in the 2014 Assembly elections to a mere 23.

Reddy, is the son of former chief minister YS Rajasekhara Reddy and was an MP from Kadapa Lok Sabha constituency. YSRCP also bagged 22 Lok Sabha seats out of 25 in the state, while TDP could get only three seats. YSRCP polled 49.9 per cent votes, while TDP got a 39.2 per cent vote share. One seat went to the Jana Sena Party led by actor-turn politician Pawan Kalyan.

Governor ESL Narasimhan will administer the oath of office and secrecy at 12.23 pm.