What was noteworthy in 1971 was that there was an increase in the abstentions as compared to the previous general elections. The electorate had increased by more than 23 million between 1967 and 1971 but there were 3 million fewer voters in 1971 than in 1967, bringing the total vote percentage down from 61.32 to 55.25. 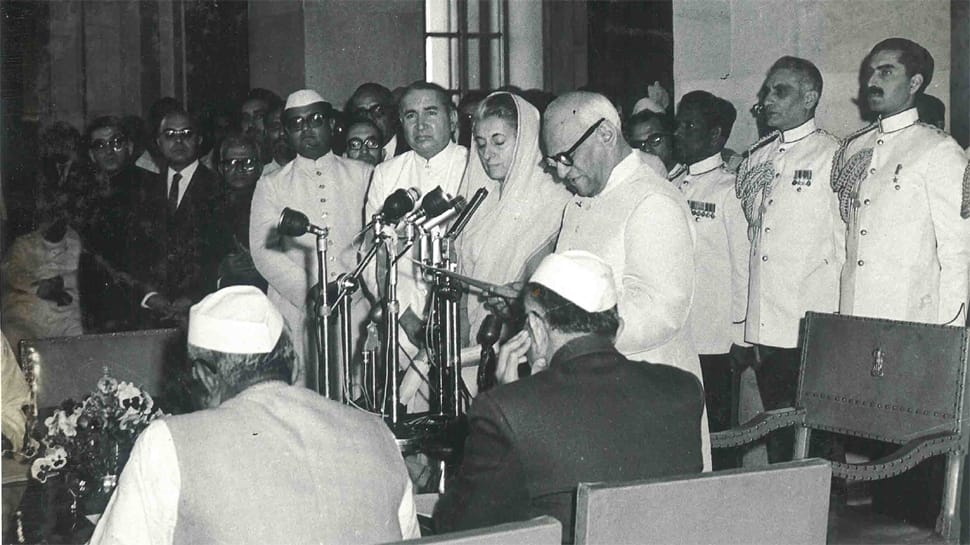 Since 1951 when India voted to elect its first government, elections were held after every five years. But for the first time in 1971, the Lok Sabha was dissolved a year ahead of schedule and mid-term election was called. Indira Gandhi came back to power with a thumping majority and the Congress government was formed for the fifth consecutive term. However, the Congress as it was before the 1967 elections, was not the same anymore.

To understand why a midterm election was held and why the electorate voted as it did, it is important to understand the political situation prevailing at that time.

After the 1967 election, the rifts that had emerged in the Congress due to Indira Gandhi's elevation as the Prime Minister in 1966, had started to deepen. The party had been bordering a split but the final blow was dealt with in 1969 after the death of President Zakir Hussain. The Indian National Congress (Organisation), often referred to as the Syndicate, in the Congress conclave from 11 to 13 July 1969 nominated Sanjiva Reddy as the party's candidate for president. Due to differences with the Syndicate, Indira wanted to have a person she trusted on the top post but did not know how to openly oppose the party's nominated candidate. 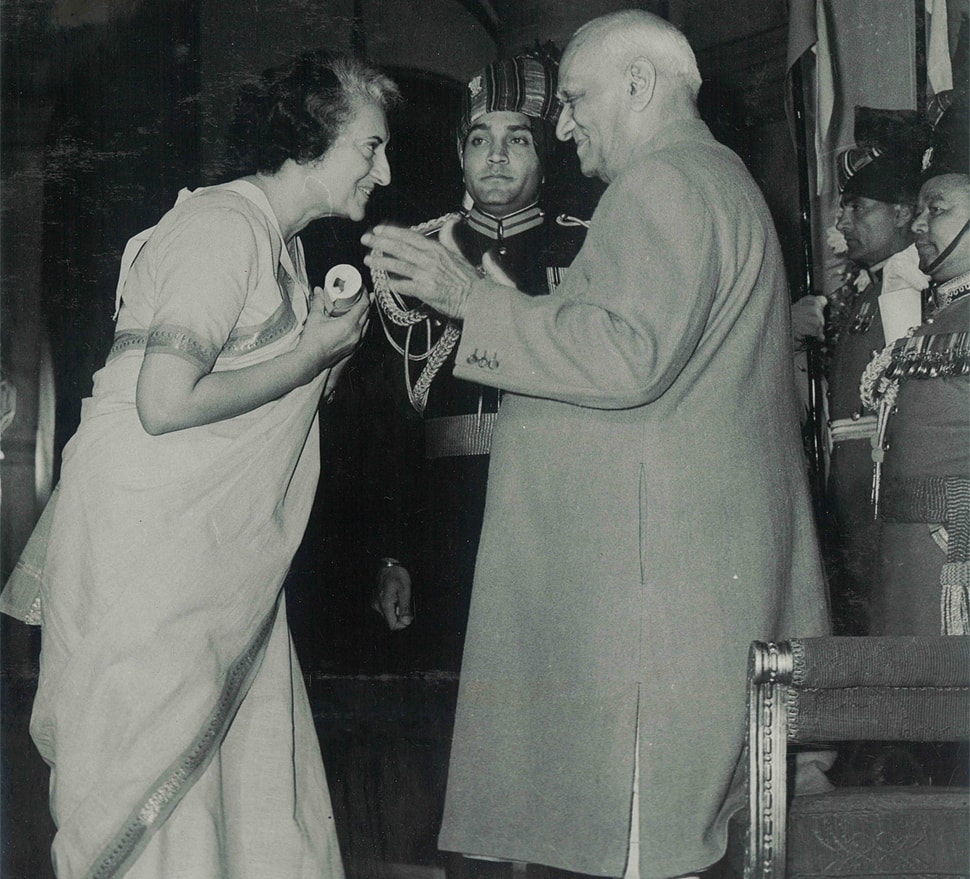 Indira knew it was time to take some decisive steps and hence soon after the meeting on July 18, removed Morarji Desai as the Finance Minister and took over the position. On July 21, she announced the nationalisation of fourteen major banks through a presidential ordinance. She also announced her plan to withdraw the special privileges of the princes. Strongly against these decisions, the Syndicate wanted to have the President of its choice so as to nullify these orders. Desperate in its attempts, the Syndicate approached rival parties to cast their second-preference votes in favour of Reddy after their candidate was eliminated from the race. Indira, who was waiting for one wrong move from the Syndicate, harped on to the opportunity and accused them of striking a secret deal. She then openly backed VV Giri, the vice president who was standing as an Independent candidate. For the presidential election in August, she did not issue any party whip and asked Congress leaders to vote freely according to their 'conscience'. As a result, Giri won with the backing of many Congress leaders. Enraged by Indira’s move, the Syndicate expelled her from the party in November.

Confident of the support that she commanded, she launched her own party which was to be called Congress (R). While 220 Lok Sabha MPs sided with her and 68 went on the other side, the government no longer had a majority in the House. For an entire year, she was seen to be dependent on Socialists, DMK, Akali Dal, and some independents for their support to pass key legislations.

Not willing to bow down under pressure she dissolved the Lok Sabha on 27 December 1970 and called for a midterm election in February 1971, one year ahead of schedule as House was to expire on 15 March 1972.

The Congress (R) led by Indira emerged triumphant, sweeping the election by securing 352 of the 518 Lok Sabha seats - more than two-thirds of the House. She had fought the election on national issues, spoken about agrarian distress, disparity in the income and opportunities for different classes among other issues which had resonated with the masses, and the result was reflective of the mood of the country and the trust that they had shown in her. The Congress which was losing its stronghold in Uttar Pradesh, stood reenergiSed in the state and winning 73 of the 80 parliamentary seats.

The dissenting conservative group - Congress (O), joined hands with the Bharatiya Jan Sangh, Swatantra party and Socialist Party hands to fight the election together. The 'Grand Alliance', as it was called, failed to dent Indira's popularity and were nowhere even in a position to challenge her. The Congress (O) fought on 238 seats and just won 16 seats, most of the candidates who were previously MPs could not even save their seats. While Indira’s Congress focussed on national issues, the Congress (O) centered its campaign on building a campaign against the incumbent prime minister. 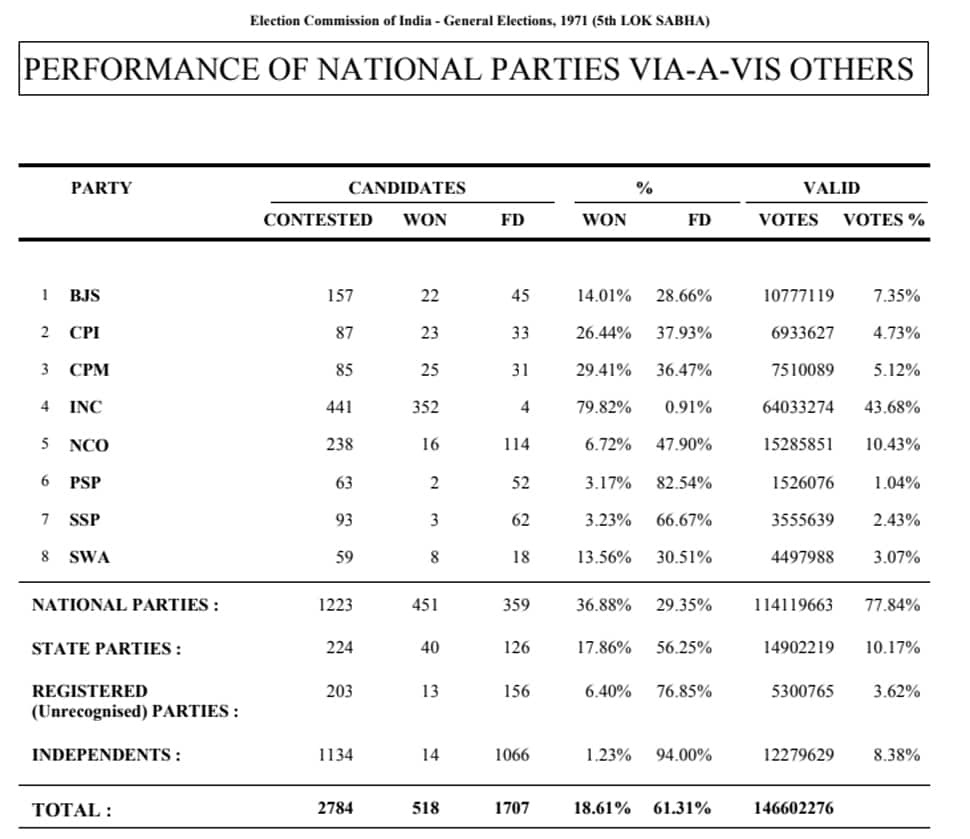 Overall, 1223 candidates across eight national parties contested the election and 451 candidates won. There were 224 candidates of state parties and 203 candidates from unregistered parties who had thrown their hat in the ring of which 40 won and 13 won respectively on the seats they contested on. The 1971 election also saw the worst performance of the Independents who contested on 1134 seats but managed to win just 14 seats. Deposits of a massive 1066 candidates were forfeited in the election.

What was noteworthy was that there was an increase in the abstentions as compared to the previous elections. The electorate had increased by more than 23 million between 1967 and 1971 but there were 3 million fewer voters in 1971 than in 1967, bringing the total vote percentage down from 61.32 to 55.25.

In March 1971, Indira formed a government with 36 members.