On 31 October 1984, Indira Gandhi was in the lawns of her PM residence when she was assassinated by two of her own bodyguards. Later in the evening, Vice President R Venkataraman made a simultaneous announcement to the nation that Indira had passed away and that a new government under Rajiv Gandhi had been sworn in.

When Indira took the reigns of the country for the second time as the Prime Minister on 14 January 1980, India was facing its strongest recession and rising inflation. The uncertainty that the first coalition government of the Janata alliance had brought between 1977-1979 had left India wanting for stability. The resurgence of Indira and Congress (I) was reflective of the trust that the country showed in her by bringing her back to power in the 1980 election with a massive majority.

During her second term as the PM, she abrogated the Janata government's Five-Year Plan and launched the sixth five-year plan for the period of 1980-85. What was notable in the sixth five-year plan was the fact that the focus no longer only on 'Garibi Hatao'. The government was moving from populist measures to reform. The main aim of the plan was to increase the rate of economic growth, technological self-reliance, poverty reduction, reducing unemployment, better facilities for economically and socially handicapped people, population control, etc. As per reports, it was by far the most successful five-year plan implemented.

While Indira was taking her government to new heights, on the personal front, she faced a massive setback when her son Sanjay Gandhi, who many considered to be her right hand man, died in a plane crash. After his death, Indira pushed her reluctant son Rajiv into the political spectrum.

Fast forward to 31 October 1984, Indira was in the lawns of her PM residence when she was assassinated by two of her own bodyguards.

On the day of her assassination, Rajiv was with senior Congress leaders on a tour of West Bengal with an aim to revamp the faction-ridden party organisation. Pranab Mukherjee, the senior most member of the Congress the, who was with Rajiv when she was shot at, recalls what happened when they got the news about her assassination in his memoir - The Turbulent Years: 1980-96.

“After addressing the first meeting at Ramnagar, Rajiv Gandhi reached Contai (Kanthi) where he began addressing his second meeting of the day. It was here that I received a message on the police wireless at 9.30 am: ‘lndira Gandhi assaulted. Return to Delhi immediately.’ .... Immediately after take-off, Rajiv went into the cockpit. After some time, he came back and announced, “She is dead.” There was absolute silence....Once we were able to regain some semblance of composure, we began discussions on what was to be done next. I cited precedents from the time when Prime Minister Nehru and, later, Shastri passed away while in office (27 May 1964 and 11 January 1966, respectively). In both instances, an interim government was formed with Gulzari Lal Nanda, the senior-most minister, as the interim Prime Minister....At the conclusion of the discussion, it was decided that we should request Rajiv Gandhi to take over as the full-fledged Prime Minister to meet the challenge posed by this extraordinary situation.”

Vice President R Venkataraman in the evening that day itself made a simultaneous announcement to the nation on Doordarshan that Indira had passed away and that a new government under Rajiv had been sworn in. 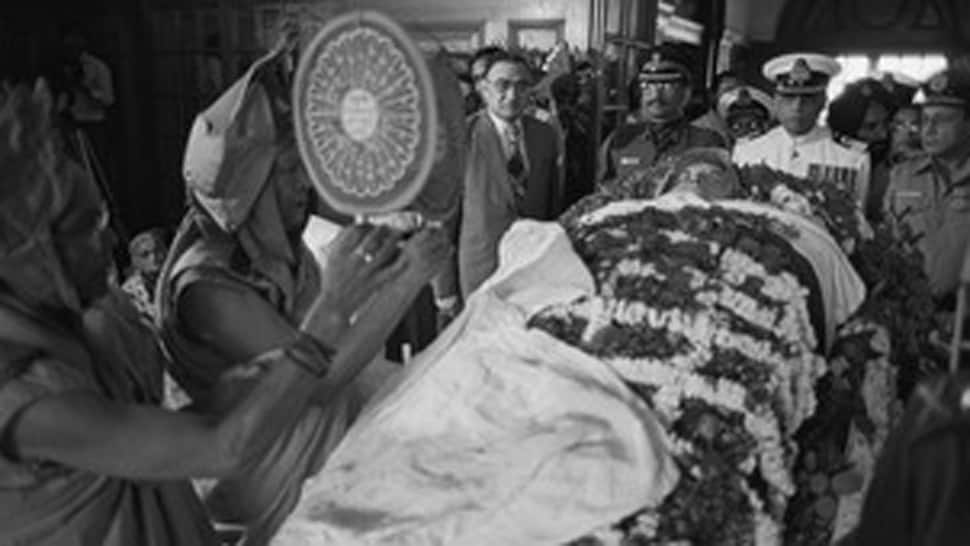 Soon after, in November, prime minister Rajiv Gandhi called the elections. Voting for the 514 elective seats in the Lok Sabha were to be held on  24, 27 and 28 December 1984. Voting was not held in Assam and Punjab owing to terrorist-related disturbance which was underway then. The election in these two states was thereafter held in 1985.

Riding on the work done by the Indira-led government, Congress created history by winning 404 of the 514 seats on which the election was held. Experts strongly believe that the massive margin of victory of the Congress was due to the sympathy wave that was generated for Rajiv in the aftermath of Indira’s sudden and tragic death.

Furthering its hold in north India, the Congress bagged 83 of 85 seats in Uttar Pradesh, 48 of 54 in Bihar, all 10 and 25 seats in Haryana and Rajasthan respectively. In the South, it won 24 of 28 seats in Karnataka, 13 of 20 seats in Kerala, 25 of 39 seats in Tamil Nadu. In the other states which have the most number of constituencies, Congress bagged 30 of 42 in Andhra Pradesh, 24 of 26 seats in Gujarat, 40 seats in Madhya Pradesh and 43 of 48 seats in Maharashtra.

After the Janata alliance failed to successfully complete its five-year term in the government in 1977 leading to its collapse in 1979, the alliance faced a split. The erstwhile Jana Sangh which had merged with the Janata party in the aftermath of the Emergency, reconvened in 1980 to form the Bharatiya Janata Party. The newly-formed party in the first election that it contested in 1984, failed to make a mark and won just 2 seats of the 224 it contested on and 108 of its candidates even lost their deposits on their seats. 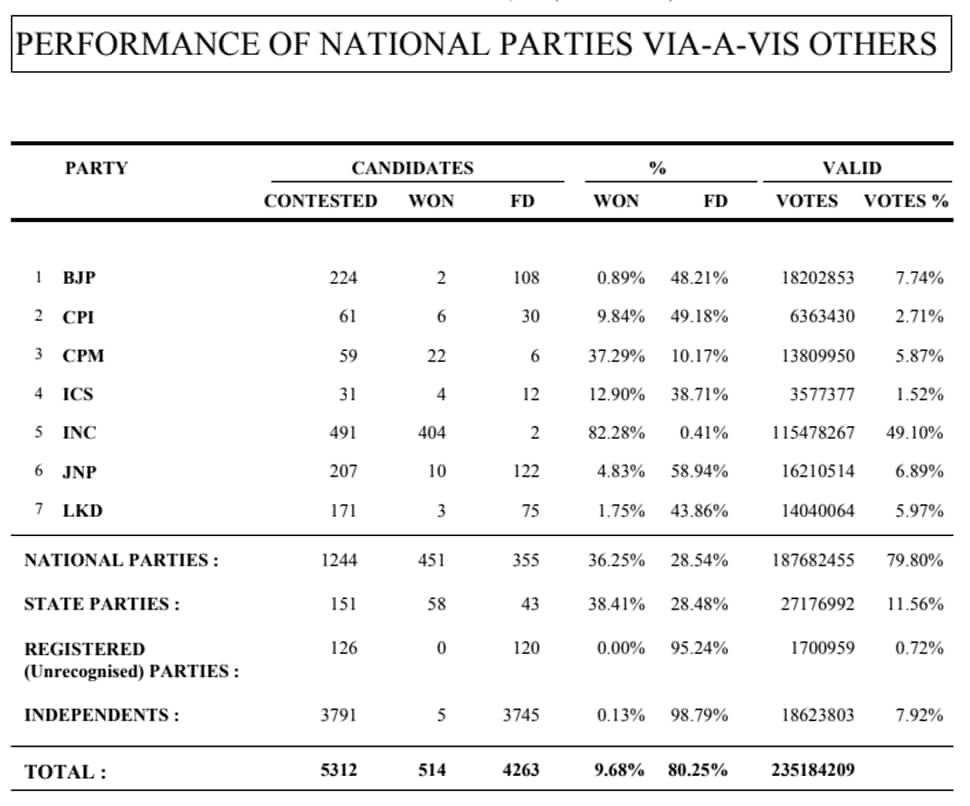 Altogether 5312 candidates, including 1244 from national parties and 151 from state parties contested the election. The election saw a massive participation of 3791 Independents of whom just 5 candidates made it to the Lok Sabha. A record number of women were elected to the House.

While Rajiv portrayed his family's dedication towards national unity and stability and projected himself as a reformer who had the ability to invigorate the country's political institutions, the opposition parties failed to come together to put a united front. The outgoing Parliament was dissolved on 31 December 1984 and Rajiv thereafter named his 40-member Council of Ministers.

In the late 1970s, Akali Dal came to power in Punjab and to counter them, Congress backed orthodox religious leader Jarnail Singh Bhindranwale. Trouble began when Bhindranwale's outfit Damdami Taksal got called for violence against Sant Nirankari sect. He later disassociated himself from Congress and joined hands with the Akali Dal. He rose to prominence in Sikh political circles with his call to get the Anandpur Resolution passed. He had given the government an ultimatum that if the resolution fails to pass, he wanted to declare a separate country of Khalistan as a homeland for Sikhs. Fearing a division of India if the document is passed, the Indira led government opposed it.

Bhindranwale was believed to have had the backing of Pakistan's ISI which reportedly helped him in spreading militancy in Punjab. His followers also started keeping firearms as Bhindranwale took up residence at the Golden Temple complex to escape arrest from the charges of murder on him and made the temple complex his headquarters. Despite the looming threat that he imposed, Congress was wary of taking any action against him for the fear of hurting Sikh sentiments. There were reports that light machine guns and semi-automatic rifles had been stocked by his supporters to prepare for any armed assault on the complex.

In June 1984, Operation Blue Star was launched to remove Bhindranwale and his followers from the complex. The Army on June 5, stormed the Harmandir Sahib. After a full-frontal assault which led to the death of 83 military men and 493 Sikh militants and civilians, the Army on June 7 took control of Harmandir Sahib by the morning of 7 June. Bhindranwale was killed in the operation.

Indira's assassination later that year was seen as an act of retaliation for the operation. Two Sikh guards had fired 33 bullets at her, of which 30 had hit her. Postmortem report revealed that 23 of the bullets had passed through her body, while seven remained inside. 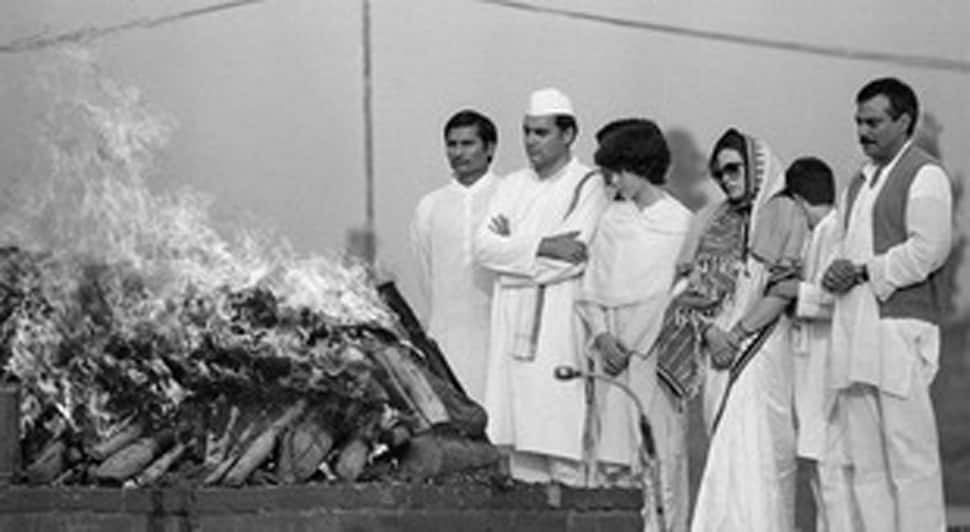 Following her cremation, Sikhs across north India were displaced and murdered in what is infamously remembered as the anti-Sikh riots. When Rajiv was asked about the carnage that followed her mother's death, he had said: "When a big tree falls, the earth shakes."

The 1985 bombing of Air India Flight 182, from a bomb planted by Canadian Sikh terrorists, is also believed to have been a revenge action against the Operation Bluestar. All 329 people on board, including 268 Canadian citizens, 27 British citizens and 24 Indian citizens were killed in the explosion.