INKredible India: The story of 1984 Lok Sabha election - All you need to know

The early years of 1980s were marked by a series of social, political and economic events – positive as well as tragic – that would leave a lasting impression on India and contribute to how the country is today. 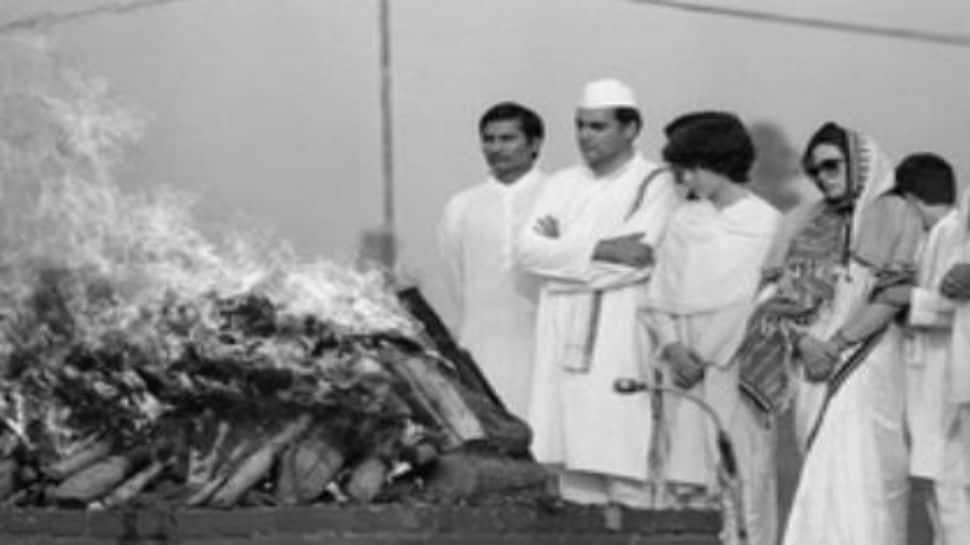 The early years of 1980s were marked by a series of social, political and economic events – positive as well as tragic – that would leave a lasting impression on India and contribute to how the country is today.

Congress had made a resounding comeback in the Lok Sabha election held in 1980 with Indira Gandhi silencing all who either defied her or questioned her. The memories of the dreaded Emergency had begun fading with an overwhelming majority saying that the 1980 election showed the country had forgiven Indira for her follies.

If India had seen the Janata Party form the first non-Congress government in 1977, the country also witnessed its dramatic fall from grace in the early years of the next decade. And in it lay Congress’ dominance over the political landscape of India.

It is perhaps this political dominance that permitted Indira to carry out several – and sweeping – social and economic changes. The sixth five-year plan in the country (1980-1985) is known for giving birth to the process of economic liberalisation which had ramifications unseen before in the country. With Nehruvian socialism breathing its last, cost of living saw a spike but so did the economic growth rate of the country.  With the menace of food shortage being largely addressed, price-control shops were taken off. Instead, impetus was given to the social-service sectors of education, health and family planning, housing – among many others.

All of this boded well for Indira as was underlined by a CIA assessment of India (report dated January 5 of 1983 and declassified in 2009). “Prime Minister Indira Gandhi’s grip on the levers of power is now relatively secure. The opposition party who together won more votes than the Congress (I) in the 1980 elections, have not succeeded in mounting a united challenge at the national level to Congress (I) in the last three years,” the report read.

The report however, and ironically, also predicted that if Indira were to die before the 1985 election, India could be left wanting for a capable leader. “Gandhi’s death would precipitate a crisis in the Congress (I) Party, particularly if it occurred before the national election. No other party figure possesses either her national stature or her ability to manipulate the party factions. Gandhi has not permitted any such figure to emerge. Even her son Rajiv Gandhi, whom she is grooming to succeed her, had failed to excite either the party or the public.”

Indira was assassinated 21 months and 28 days after the CIA report quoted above – on October 31 of 1984.

India and the world were plunged into grief and was utterly shocked at not just the killing of the country’s tallest political leader at the time but the manner in which she was assassinated – shot dead by her own Sikh bodyguards – Satwant Singh and Beant Singh.

To understand the 1984 Lok Sabha election, it is therefore important to understand its backdrop and to take a look at the most significant development leading into the election itself.

Khalistan movement was a Sikh separatist movement which sought to create an independent state in Punjab. While its seeds were sown in the early years of 1970s, the movement became outrightly notorious by the late 1970s and early 1980s.

While the call for a separate and independent state threatened India’s territorial integrity, what made it even more alarming was that many of the Sikh separatists were being actively trained and supported by Pakistan.

Pro-Khalistan outfits were also being supported by Sikh communities in Canada, US and the UK. Some of them, however, began to target Hindus, Nirankaris and eventually even Sikhs opposed to their objectives and methodologies and this led to a drastic fall in support base within India and elsewhere.

In all of this, Congress too has been accused of extending support to some groups and individuals in the late 1970s in order to challenge Shiromani Akali Dal – its main political rival in Punjab. The move backfired and how.

Punjab, parts of Haryana, Himachal Pradesh and even Rajasthan had begun seeing widespread unrest, violence and even murders.

Sikh religious preacher Jarnail Singh Bhindranwale had emerged as the face of the Khalistan movement by playing Congress against the Akalis – all while looking to expand his own support base by painting as if Sikhs were being marginalised in India.

By the time Congress realised its miscalculation, followers of Bhindranwale had become outrightly brazen. Accounts from the period between 1982 and 1984 reveal that in some instances, even cops in different parts of Punjab were either won over or cowered down to turn a blind eye to Bhindranwale’s militant activities.

While there were numerous instances of militant activities taking a toll on human lives, the killing of six Hindus in a passenger bus in October of 1983 led to emergency rule being imposed in Punjab for a decade.

Under such testing times, many of the militant Sikh groups were believed to be taking shelter inside gurudwaras. Action against them inside these gurudwaras was not possible because it was feared that Sikh sentiments would become inflamed.

Action was eventually taken when Bhindranwale, who had now been responsible for the killing of hundreds of people, took shelter inside the Golden Temple in Amritsar and turned the holy Sikh site into an armoury and his headquarters. Between July of 1983 and June of 1984, Bhindranwale’s Damdami Taksal led the Khalistan movement – mostly through violent means.

Such was the situation that it became imperative for Indira Gandhi to eventually resort to using armed forces to flush out armed militants from inside the Golden Temple, especially because of intelligence reports of Pakistani support to those inside.

Operation Blue Star was launched on June 1 of 1984 with Indian Army and paramilitary forces surrounding the Golden Temple. Heavy artillery and even tanks were used in the operation against the heavily-armed militants in which Bhindranwale was eventually killed.

While Operation Blue Star was deemed a success, Sikhs were largely outraged at the use of force inside the holy Golden Temple. It was this outrage that eventually led two of Indira’s Sikh bodyguards to assassinate her - as revenge – at her residence.

India in the aftermath of Indira

As mentioned previously, Indira’s death sent the nation first into grief and then into absolute outrage. In the days that followed, thousands  of Sikhs were killed as backlash in Delhi. The Congress was accused of allowing the violence with some of its leaders charged with even inciting mobs and leading anti-Sikh riots.

“When a mighty tree falls, it is only natural that the earth around it shakes,” RAJIV Gandhi is believed to have said just 19 days after his mother’s assassination.

Politically, there was a massive vacuum in the Indian political landscape as there was no leader in the country at the time to match up the stature of Indira. Eventually, it was decided that Rajiv would be the best person to replace Indira and he asked for the Parliament to be dissolved and for a fresh election to be conducted.

And it is under and because of such trying and turbulent times that Lok Sabha election of 1984 was conducted.

The Lok Sabha 1984 election was conducted across 28 states and union territories in the country. These were:

The 1984 Lok Sabha election was not conducted in Punjab and Assam due to terrorist/militant-related unrest in the two states and was, instead, pushed back to the next year.

There were seven national parties and another 17 regional parties which fought the 1984 Lok Sabha election. There were also nine registered (unrecognised) parties. These were:

The Lok Sabha election in 1984 had many significances – before, during and after it was conducted – for India. Three of the most notable of these were a) Rise of Rajiv Gandhi, b) Formation of the Bharatiya Janata Party, c) Emergence of Telegu Desam as a regional party with potential for national impact.

The election was held between December 24 and December 28 – just  two months after the assassination of Indira.

By this time, Rajiv had spent close to three years in active politics and had become an MP from Amethi. From MP to PM though was a mammoth jump and one that Rajiv, 40 years of age at the time, was almost forced to make much earlier than anyone would have anticipated.

Around the time Rajiv entered politics, another development occurred which may not have had much importance then but, in contemporary Indian politics, has one of the most significant relevance. Yes, the Bharatiya Janata Party from the erstwhile Jana Sangh after the collapse of the Janata umbrella. Its origins may have been humble but won the 2014 Lok Sabha election by an overwhelming majority to emerge as the single-largest party.

Another party, although regional, that was formed around this time was the Telegu Desam Party. Unlike BJP though, there wasn’t anything gradual about its rise. The 1984 Lok Sabha election took place only two years after actor-turned-politician NT Rama Rao formed TDP in Andhra. It would emerge as the second-largest party in the country after the election.

The biggest party after the election, however, was Congress. Rajiv, it is said, managed to get sympathy votes of the almost the entire country and his party won 404 of the 514 seats. It would go on to win another 10 seats in the election held in Assam and Punjab a year later.

The Congress sweep was even more impressive than the electoral triumphs of Rajiv’s grandfather Jawarharlal Nehru and mother Indira in the Lok Sabha elections of the past. Never has a party, barring Congress in 1984, ever crossed the 400-mark in Lok Sabha.

Political analysts of today often highlight the contrast for Congress between the 1984 and 2014 Lok Sabha election. While both elections had high voter turnout, the Congress was propelled to the political pinnacle in one and shown the electoral dungeon in the other.

On the other side of the field, TDP won 30 seats (4.31 per cent of votes) to attain the distinction of being the first regional party to also be a national opposition party. The party ensured that Andhra Pradesh was one of the very few states where the Congress hand did not wave enough to gain sympathy and votes. That it could only manage two seats in the 1989 Lok Sabha election is ironical. That the same TDP – under Chandrababu Naidu – is facing a massive challenge in 2019 after walking out of the BJP-led National Democratic Alliance – is also of significant note.

It is said that time waits for no one and changes for everyone. When reflecting back at 1984, it would be a saying the likes of Congress, BJP and even TDP – among other political parties in the country – would swear by come 2019 Lok Sabha election.