I may be PM but will always be party worker for you: Narendra Modi to BJP cadre in Varanasi 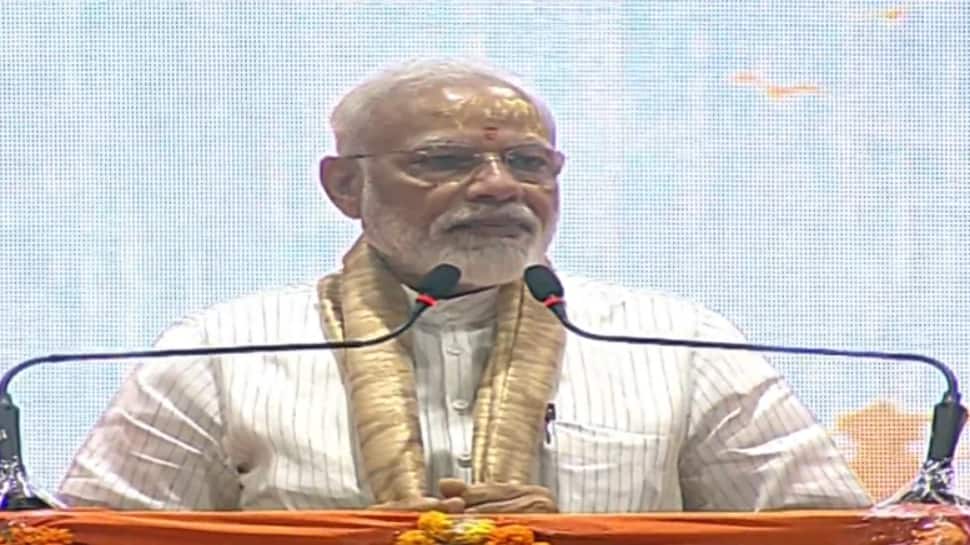 New Delhi: Prime Minister Narendra Modi on Monday hailed the contribution of party workers as he addressed BJP cadre in Varanasi and thanked them for the massive mandate in Lok Sabha election 2019.

Highlighting the contribution of BJP workers in ensuring the party's rousing success in the election, PM Modi told them that he remains one of them. "I may have become the PM of the country once again but I will always be a party worker like all of you. Your wishes are always a priority for me," he said. "The reason I was absolutely relaxed after the election was not because of confidence in myself but because of the confidence in the hard work all of you put in."

PM Modi especially thanked party workers in Varanasi from where he won with a massive mandate once again. "I received unprecedented support from the people of Kashi. Party cadre here also supported in a big way. Every street in Kashi saw Modi contesting the election. This election was not fought on the fulcrum of win and defeat but was seen as a festival of democracy."

PM Modi then opted to take jabs at Congress without actually naming the political party. "There is a political party that has repeatedly tried to create perceptions against us. It is they who divided Telangana and Andhra Pradesh and there is still unrest there. Under us, Jharkhand was created from Bihar, Chhattisgarh was created out of Madhya Pradesh and look at how orderly things were and are. BJP stands for peace and order and yet some parties try to portray us in a different light. Our workers have been repeatedly targeted, from Bengal to Kerala. But our workers have come out stronger despite massive challenges," he said.

Earlier in the day, PM Modi, BJP chief Amit Shah and UP CM Yogi Adityanath offered prayers at the Kashi Vishwanath Temple. The oath-ceremony will be held in New Delhi on Thursday as PM Modi gets set for his second term in office.