In Chhattisgarh, people turn up to vote amid Naxal threat and IED blasts

Several voters turned up in exercise their franchise in Naxal-affected areas across Chhattisgarh amid threats and IED blast during the first phase of Lok Sabha Election on Thursday, April 11. 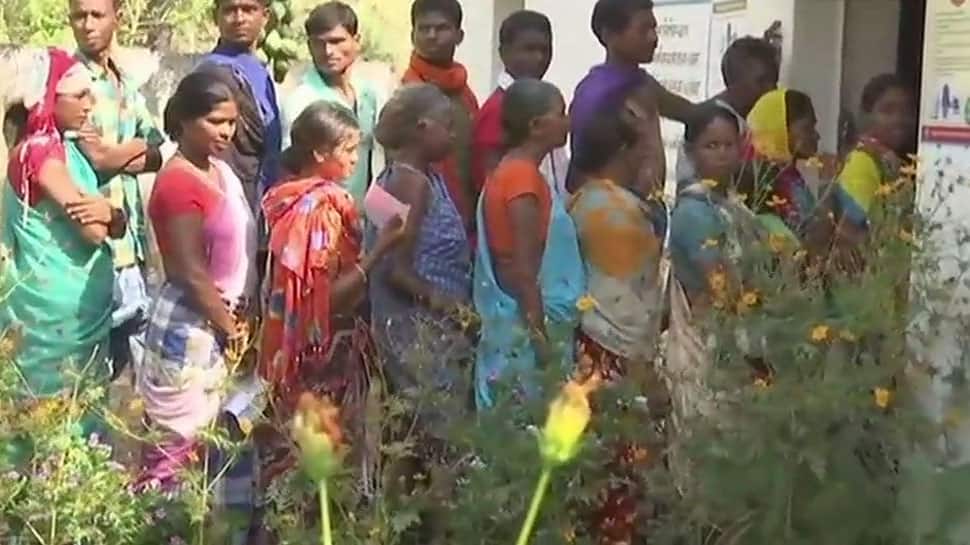 Several voters turned up in exercise their franchise in Naxal-affected areas across Chhattisgarh amid threats and IED blast during the first phase of Lok Sabha Election on Thursday, April 11.

In Narayanpur, which comes under Bastar constituency, Naxals planted an Improvised explosive device near a polling station in Pharasgaon, which was later defuse. “The IED was planted by Naxalites in the area,” said the Superintendent of Police, adding, “No one was injured in the incident.”

In Dantewara, Naxals put up posters in polling booth, appealing people not to vote.

However, long queues were observed since in polling stations Voters in Naxal-affected regions of Dantewada and Sukma amid heavy security.

Police arrested four Naxals and seized three firearms from them in Chhattisgarh's Bijapur district Thursday while polling was underway in the state's Bastar Lok Sabha constituency.

The Naxals, belonging to Maad division of Maoists, were apprehended from Bedre area in the morning when a joint team of the Chhattisgarh Armed Force (CAF) and district force was out on an area domination operation, the official said.

A thick security blanket, comprising around 80,000 state and paramilitary personnel, has been thrown across the Bastar Lok Sabha constituency.

Seven candidates are in the fray in Bastar constituency.

Chhattisgarh will witness polls in the first three phases of General election - April 11, 18 and 23 - for its 11 parliamentary constituencies.