Rajiv Gandhi had ruled the country for five years after a resounding mandate in 1983. The years in power, however, saw charges and allegations galore against Congress which paved the way for the National Front, an alliance, to take command under VP Singh. 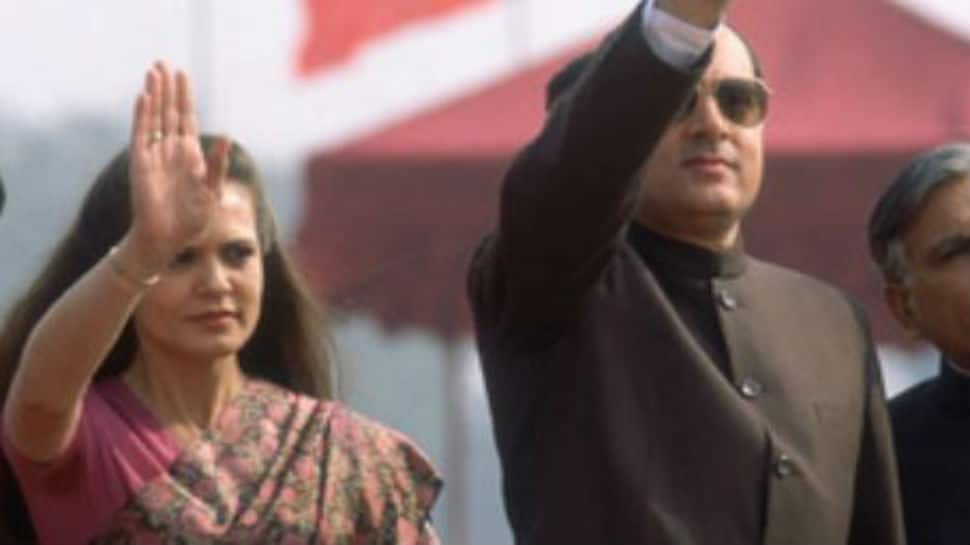 Several historians and political analysts see 1989 as the year when coalition politics dawned in India. While parties coming together to oppose the Indian National Congress had already been witnessed after the tumultuous years of Emergency in the 1970s, the party has managed to ride on a sympathy wave after the assassination of Indira Gandhi to hand the PM’s post to a young Rajiv Gandhi. Sympathy, however, cannot be milked for a prolonged period and concrete work at the ground level is what matters.

While Rajiv began his innings as PM on a slightly wobbly note – considering he had limited experience as a national leader, he soon began firming up his work, position and clout. In the Seventh Five Year Plan (between 1985 and 1990), the country had moved towards being more self-sustaining and had a focus on upgrading industries with newer technologies. The objective of working for the upliftment of the poor and oppresses was taken up even as a target growth rate of 5 per cent was eventually bettered at 6.01 per cent.

With accolades come brickbats and this is perhaps why Rajiv found himself ducking by the end of his term in office.  Terrorism in Punjab remained a key threat and a major issue through the court of 1980s while the civil war between the Sri Lankan government and the LTTE in the south became a major headache for the Indian government as well.  The decision to send an Indian Peace Keeping Force (IPKF) to Sri Lanka eventually backfired with Rajiv paying the ultimate – and unfortunate - price.

And then there was the Bofors scandal, the Shah Bano case and the Ayodhya dispute – which continue to have deep repercussions for the India of today.

The Indian government had signed a deal worth $285 million with Swedish arms company Bofors for Howtizer field guns in 1986. Around a year later, a Swedish radio channel alleged that Bofors had paid kickbacks in various countries – including India  - to secure defence deals. An enormous backlash flared up even more when the name of Ottavio Quattrocchi emerged as a middleman. It was alleged that Quattrocchi was close to Rajiv and his family. Facing fire, the Indian government scrapped the deal and blacklisted Bofors.

Many feel the damage had already been done by then and an investigation launched continues till date.

It is said that Congress tried to fight fire with fuel in relation to the Shah Bano case which pertains to a Muslim woman taking the legal course of action for alimony after her husband had divorced her. While the case was first filed in a local court in Indore in 1978, the matter reached the Supreme Court in the next few years. The apex court, in a unanimous decision in 1985, ruled that Shah Bano must be given maintenance by her husband.

The judgement was protested against by several sections of the Muslim community who tried to portray it as interference with Muslim Personal Law. Street protests were taken out and the Congress government eventually came out with The Muslim Women (Protection of Rights on Divorce) Act, 1986. Under this, a Muslim husband had to pay alimony only during iddat or for 90 days since the divorce. Congress had hoped to calm flayed Muslim nerves, but the move backfired. It was alleged that the government was playing religious card for political gains and had eyes set on the 1989 elections. While groups for women’s right were absolutely outraged, rival political parties said Congress was doing appeasement politics. This also became a major charge against Congress during the campaigning phase.

While the Ayodhya dispute dates back to the 1850s, the matter flared into national prominence in the 1980s. The birth of BJP from the erstwhile Jana Sangh saw the party win just two seats in the 1984 Lok Sabha election. Looking to reach out to the Hindus in the country, the party became the face of a movement which sought to ‘reclaim’ Babri Masjid in Ayodhya and construct a temple there. It is believed that the site is the birthplace of Lord Ram.

While the movement was launched by the Vishwa Hindu Parishad, BJP leaders soon became the proponents. The issue became a raging topic of debate with the BJP using it as a plank during its pre-poll campaigning.

Interestingly, it was Rajiv Gandhi who had ordered the locks at the site – in place since 1949 – to be opened in 1985. His critics say this was his appeasement policy at work, this time towards Hindus. It eventually led to the movement launched by VHP and carried by BJP getting even stronger.

VP Singh, the defense minister under Rajiv, had been removed from the Cabinet and he subsequently resigned from Congress.

This further added to Congress’ rather tarnished image in the eyes of people at large because it was suspected that VP Singh had evidence of wrongdoing in the Bofors scandal although the man himself would clarify later that Bofors was not the reason for his resignation from the party.

Politics and elections are also about perception and imagery, and VP Singh’s ouster and exit only further hurt chance of Rajiv getting another term in office.

After bidding a bitter farewell to Congress, VP Singh formed Jan Morcha along with Arun Nehru and Arif Mohammad Khan. Jan Morcha would eventually join the National Front led by Janata Dal and – together with a number of regional parties – bring down Congress for only the second time ever in the history of independent India.

The Lok Sabha 1989 election was conducted across 525 seats (election in 18 constituencies) were postponed) in 31 states and union territories in the country. These were:

After Goa was made into a state in 1987, Daman and Diu became a union territory.

There were eight national parties and another 20 regional parties which fought the 1984 Lok Sabha election. There were also eight registered (unrecognised) parties. These were:

The state parties were:

The Lok Sabha election of 1989 was held between November 22 and 26 and the campaign in its run up saw a number of violent outbreaks including the infamous riots in Bhagalpur.

A number of political parties were accused of either resorting to or supporting incidents of violence for electoral gains.

While Congress had to campaign on a two-pronged strategy – highlight achievements of the Rajiv Gandhi government while deflecting the proverbial mud from the Bofors scandal, rival parties mostly focused on levelling corruption charges and charges of inefficiency.

VP Singh’s role is of significance as his exit from Congress acted like a shot in the arm for opposition parties. He would eventually merge Janata Dal with a number of regional parties like TDP, DMK and Asom Gana Parishad – called National Front – to provide a third alternative to people in a Congress vs BJP contest.

Promises, as usual, were of bringing the moon and the star to the people of India. The National Front, in its manifesto, urged people to break free from the past and vote for change. It assured decentralisation of administration by giving more powers to panchayats and nagarpalikas. It assured a clean government which was efficient as well. Promises of rooting out corruption were made aplenty. Direct action on those guilty in the Bofors scandal were made as well. The issue of price rise was addressed though no concrete manner of solving the problem was put forth.

The BJP, however, was more direct in a number of ways. While it promised action against the guilty in Bofors and weeding out corruption, it also suggested setting up of lokayuktas with PM and CMs under it, setting up of a price commission to regulate prices, establish uniform civil code for all religious groups and adopting a national population policy. It also gave a number of assurances about promoting small-scale and cottage industries, giving impetus to the agricultural sector and a ceiling of 0 per cent on income tax rate.

The Congress, in contrast, mostly attempted to deflect blows and highlight its achievements from the last five years. The party had doled out rozgar (employment) schemes in the months leading up to the election and assured more of the same if voted to power. The party also vowed to decentralise some of the power and tackling corruption – ironical because the party was mainly attacked on charges of corruption.

Eventually, a rather rickety Congress failed to find a connect with people as VP Singh, with the outside support of BJP and CPI (M) managed to bring down Rajiv Gandhi.

Janata Dal had managed to strike gold in states like Uttar Pradesh, Orissa, parts of Rajasthan and Bihar to secure wins in 143 seats. Its main alliance partner in TDP had failed miserably – falling to two seats from 30 in 1984. Nonetheless, with outside support of BJP which had risen from 2 to 85 and CPI (M) which had won 33 seats, the National Front managed to form the government.

Congress on its own had managed to win in 197 seats with triumphs mostly in south and east India. This, nonetheless, was a dramatic fall from grace from five years back when it had won 414 seats. It may still have been the single-largest party but had to concede power to the National Front owing to outside support it had from right and left forces.

Out walked Rajiv Gandhi from what would be his only stint as PM of the country. He would be assassinated by LTTE terrorists two years later while campaigning for a Lok Sabha Congress candidate in Sriperumbudur.

For VP Singh, it was a rather short-lived celebration. His government came crumbling down when BJP withdrew support for the arrest of LK Advani who had taken his Ram Rath Yatra towards the direction of Ayodhaya’s Babri Masjid.

VK Singh would exit from office but coalition politics was here to stay – and command – in the Indian political scene.

PM using fearmongering in campaign instead of his governance record: Omar Abdullah