The warning comes less than a day after the Election Commission of India announced the Lok Sabha election 2019 dates which will be held in seven phases. 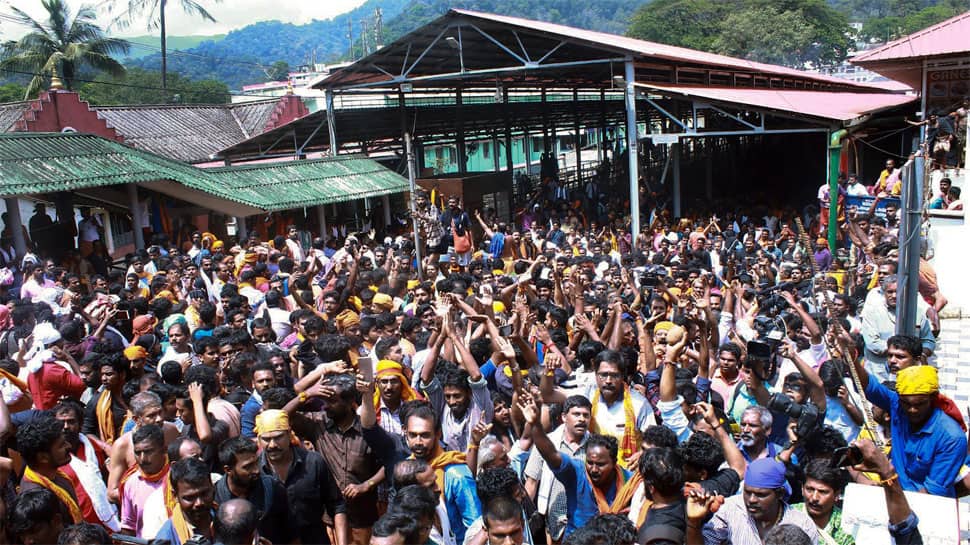 Kerala Chief Electoral Officer TR Meena on Monday issued a stern warning to political parties and leaders against using the emotive Sabarimala issue to seek votes during the Lok Sabha election. Meena said that strict action will be taken against those citing and invoking or doing some sort of religious propaganda based on the Sabarimala issue and the Supreme Court judgement on it as it will be a clear violation of the Model Code of Conduct.

The warning comes less than a day after the Election Commission of India announced the Lok Sabha election 2019 dates which will be held in seven phases. The counting of votes of all the phases will take place on May 23 and the results will be declared simultaneously.

Kerala Chief Electoral Officer T R Meena: Citing/invoking or doing some sort of religious propaganda based on #Sabarimala issue/judgement will be a clear violation of the model code of conduct and we will be taking action.#LokSabhaElections2019 pic.twitter.com/ACnDvMJxfA

While issuing the warning, Meena pointed out that the Model Code of Conduct, which came into effect with the announcement of the Lok Sabha election dates, forbade the use of religion to seek votes.

The Supreme Court had on September 28, 2018, allowed women of all age groups to enter the Sabarimala temple which led to widespread violent protests in Kerala. The five-judge constitution bench headed by the then Chief Justice Dipak Misra had allowed entry of women aged between 10 and 50 years of age.

According to the tradition, girls and women in the menstruating age were not allowed to enter Sabarimala temple, which the Supreme Court in its verdict termed as gender discrimination. The deity, Lord Ayyappa, is considered to be in the form of "Naishtika brahmachari" (perennial celibate) and bar women in menstruating age have been barred from entering the temple.

Violent protests had erupted in the state with the Bharatiya Janata Party (BJP) and its allied organisation calling for maintaining of status quo as per the tradition while the Communist Party of India (Marxist)-led Left Democratic Front government going ahead with implementing the Supreme Court order.