Zee News takes a look at the key candidates contesting in the sixth phase of Lok Sabha Election 2019. 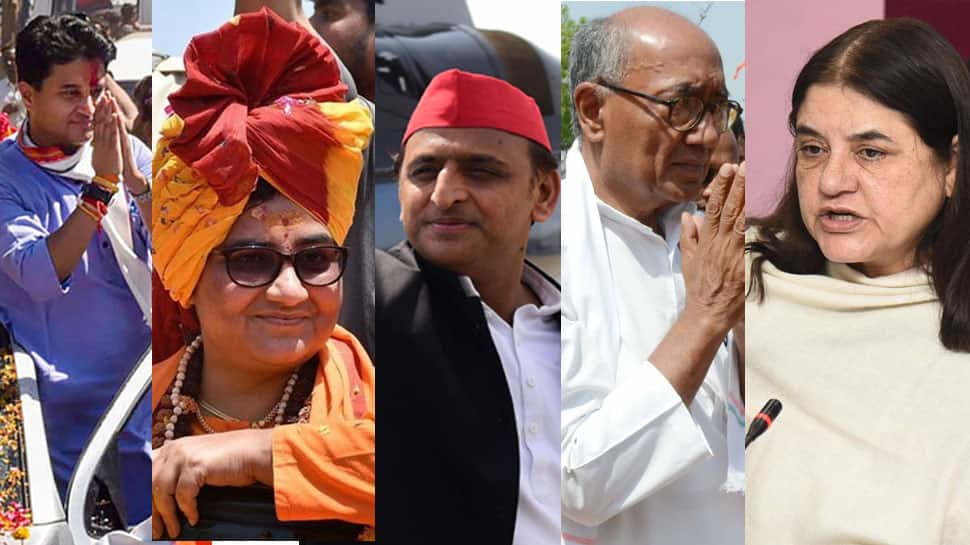 As temperatures soar across the country, over 10.17 crore voters from seven states will decide the fate of 979 candidates in the sixth phase of Lok Sabha Election 2019. Zee News takes a look at some of the key candidates and top constituencies going to the polls this Sunday. 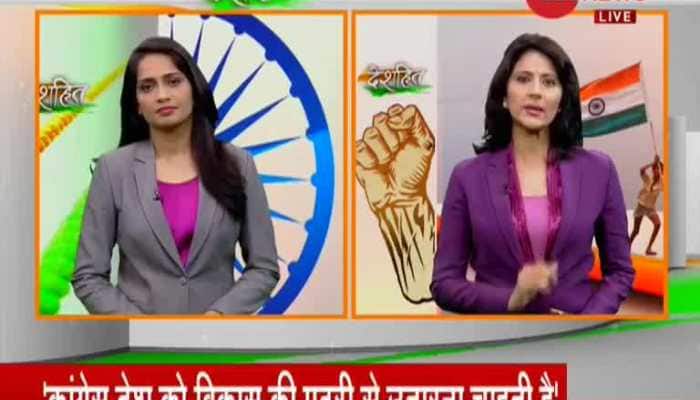 Bhopal, the City of Lakes, is one of the most high profile seats in this Lok Sabha election. The face-off is between former MP chief minister and veteran Congress leader Digvijaya Singh and BJP candidate Sadhvi Pragya Singh Thakur, an accused in 2008 Malegaon bomb blast case who's currently out on bail.

Bhopal is considered to be the 'toughest seat' in the state inside the Congress camp. The constituency has been held by the BJP since 1989. Late President Shankar Dayal Sharma was the last Congress winner from the seat in 1984. In 2014, BJP's Alok Sanjar won this seat with 714178 votes and defeated Congress' PC Sharma. In 2009 polls, Kailash Joshi of BJP had won this seat.

North East Delhi constituency has emerged as the prestigious seat for both Congress and the BJP, with the former pitting three-time Delhi CM Sheila Dikshit and the later fielding sitting MP and Delhi BJP chief Manoj Tiwari. Aam Aadmi Party's Dilip Pandey is also in the fray.

Jyotiraditya Scindia is in the fray again from his traditional Guna seat which he's been winning since 2002, following his father's death in a plane crash. Contesting against him former Congressman KP Yadav, who joined the BJP after being denied ticket for Mungaoli Assembly bypoll. After being appointed the All India Congress Committee general secretary in-charge for western Uttar Pradesh, Scindia has been pre-occupied with party affairs in the northern state. His wife Priyadarshini Raje campaigned vigorously in the constituency in his absence.

BJP has fielded Union minister Maneka Gandhi from Sultanpur, a seat won by her son Feroze Varun Gandhi in 2014. She is pitted against Sanjay Sinh of Congress, a close associate of her late husband Sanjay Gandhi. Turning this battle into a triangular contest is BSP's Chandra Bhadra Singh 'Sonu'. Once a stronghold of the Congress party, the BJP managed to make a dent in Sultanpur parliamentary constituency for the first time in 1991 poll.

The prestigious seat of Allahabad, now rechristened as Prayagraj, has seen several heavyweights contesting in the past. The seat was won by two late Prime Ministers – Lal Bahadur in 1957 and 1962, and VP Singh in 1980. Veteran BJP leader Murli Manohar Joshi represented the seat for three consecutive times, winning it in 1996, 1998 and 1999.

This year, the contest is between BJP's Rita Bahuguna Joshi, SP's Rajendra Singh Patel and Congress' Yogesh Shukla. Others in the race are Bhawani Singh from Aam Aadmi Party, Shiv Kumar Prajapati from Suheldev Bhartiya Samaj Party. In 2014 Lok Sabha election, the seat was won by BJP's Shyama Charan Gupta with a margin of 62009 votes who was contesting against the sitting SP MP Kunwar Rewati Raman Singh. Singh had won the seat in the 2009 election by bagging 2,09,431 votes and by defeating Bahujan Samaj Party's Ashok Kumar Bajpai who secured 1,74,511 votes.

The prestige of Samajwadi Party chief Akhilesh Yadav is at stake in Azamgarh who's up against BJP's Dinesh 'Nirahua' Lal Yadav, the Bhojpuri superstar. This is the first time that Yadav is contesting from Azamgarh. In 2014 Lok Sabha election, his father and SP patron Mulayam Singh Yadav had won the seat with a margin of 63204 votes against the then sitting Bharatiya Janata Dal's MP Ramakant Yadav. In 2009, BJP's Ramakant Yadav had bagged the seat election with 2,47,648 votes. Azamgarh was the only seat in UP that BJP lost in 2014.

Other candidates in the fray this time are Abhimanyu Singh Sunny from Suheldev Bhartiya Samaj Party and Anil Singh from Rashtriya Ulama Council.

In the 2014 Lok Sabha election, Kaushik defeated Congress' Jagbir Singh Malik with a margin of over 77000 votes. In 2009, Congress' Jitender Singh won the seat defeating Kishan Singh Sangwan of the BJP with 1.61 lakh votes.

The seat is witnessing a triangular contest between sitting Jannayak Janata Party MP Dushyant Chautala, BJP's Brijendra Singh and Congress' Bhavya Bishnoi. While Chautala is using the work and development done in the past five years as the poll plank, the other two are counting on their legacy and new electoral promises.

In the 2014 Lok Sabha election, Dushyant (then INLD leader) defeated nearest rival Kuldeep Bishnoi, who was a joint candidate of the Haryana Janhit Congress (HJC), by 51,000 votes. In 2009, the seat witnessed a very close contest between HJCBL's Bhajan Lal and INLD's Sampat Singh. Lal won the seat with just six votes.

Trinamool fielded Mukherjee, replacing actor-turned-politician Moon Moon Sen, who defeated nine-time CPI(M) MP Basudeb Acharya in 2014 with a margin of 98506 votes, riding on a TMC wave prevailing in the state at the time. At the third spot was BJP's Dr Sarkar. In 2009, Left candidates Acharia had defeated his closest rival Congress by winning 469223 votes

In Dhanbad, the second most populated city of Jharkhand, the main contest is between sitting BJP MP Pashupati Nath Singh and cricketer-turned-Congress leader Kirti Azad.

In Gwalior, the BJP is banking on city Mayor Vivek Shejwalkar while the Congress has once again fielded Ashok Singh. BJP's Narendra Singh Tomar won the seat in 2014 Lok Sabha election bagging 442,796 votes and defeating Singh.

On Sunday, voting will take place for 14 seats in Uttar Pradesh, 10 in Haryana, eight seats each in West Bengal, Bihar and Madhya Pradesh, seven in Delhi and four in Jharkhand.