As campaigning for the seventh and final phase of Lok Sabha elections in 59 parliamentary constituencies ended on Friday, over 10.17 crore voters across seven states and one Union Territory are ready to decide the fate of 918 candidates on Sunday. 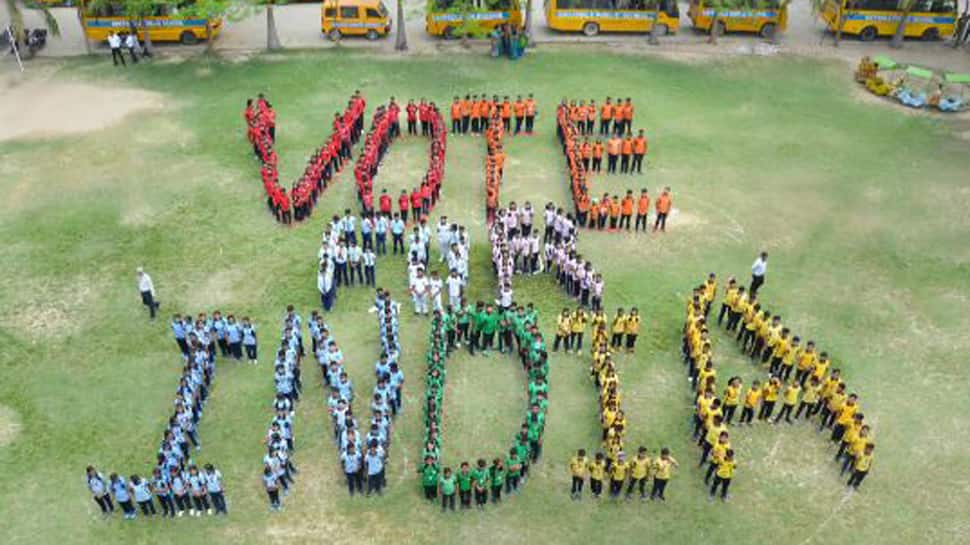 NEW DELHI: As campaigning for the seventh and final phase of Lok Sabha elections in 59 parliamentary constituencies ended on Friday, over 10.17 crore voters across seven states and one Union Territory are ready to decide the fate of 918 candidates on Sunday.

Let's take a look at the key constituencies in the concluding phase of the Lok Sabha elections.

Main factors and issues: Modi is banking on his development agenda, not only in Varanasi but across the country, as also on his image as a strong leader. The BJP is leaving no stone unturned to ensure a big victory for him, something which Modi had achieved in 2014 when he defeated Arvind Kejriwal of the Aam Aadmi Party (AAP) by over 3.7 lakh votes.

Political pundits are saying that people may raise some questions, but there is absolutely no contest in Varanasi. Modi has held a roadshow in Varanasi the day he filed his nomination besides issuing an appeal to the voters days before polling.

Main factors and issues: Regarded as the fiefdom of the Gorakhnath peeth, the Nishads hold the key on this seat. Being the home turf of Uttar Pradesh Chief Minister Yogi Adityanath from where Bhojpuri film star Ravi Kishan is contesting on a BJP ticket, the constituency with 19.54 lakh voters has emerged as one of the high-profile seats in the state. The main contest appears to be between Kishan and alliance nominee Nishad.

This is a seat the BJP is keen to wrest from the Samajwadi Party (SP) after the setback in the 2018 by-polls when Adityanath`s stronghold fell to the Mahagathbandhan, which made its experimental debut as an anti-BJP front in Uttar Pradesh.

Sitting MP Praveen Nishad, who was dubbed a giant killer for the SP, has now joined the BJP. The election results in 2018 had given a huge shock to the BJP, while it gave a boost to the SP-BSP alliance. Praveen Nishad is the son of Sanjay Nishad, founder of the Nishad (Nirbal Indian Shoshit Hamara Aam Dal) Party, and comes from the Nishad community which has a substantial population in the region.Gazipur (Uttar Pradesh)

Main factors and issues: Sinha is banking on his series of development works and the image of Prime Minister Modi while Ansari appears strong in the social combination of the BSP-SP alliance. Ansari is the brother of jailed muscleman Mukhtar Ansari who still enjoys good local support.

Main factors and issues: The constituency has 1,405,539 voters dominated by the Kurmi community to which Anupriya Patel belongs. However, another faction of Apna Dal headed by her mother has supported the Congress. The Congress has also got support from the Suheldev Bharatiya Samaj Party (SBSP) led by former Uttar Pradesh Minister Om Prakash Rajbhar.

Main factors and issues: Sinha had won the 2014 Lok Sabha elections by 4,85,905 votes on a BJP ticket, but this time he is contesting against the party as a Congress candidate. The deciding votes would be of the Kayastha community. Sinha is banking on his own popularity and the support of the Rashtriya Janata Dal (RJD), while Prasad is purely banking on his long connection with the city and the achievements of the Modi government.

Main factors and issues: Arrah is the only constituency that has been spared for the CPI-ML by the Lalu Prasad-led RJD from its share of seats. With solid support of the RJD and others belonging to the Grand Alliance, Raju Yadav has embarked on a direct contest with BJP nominee and sitting MP Raj Kumar Singh.

Former Union Home Secretary Singh is banking on his development works, especially in the power sector, and the image of Modi. In 2014, Singh had defeated RJD candidate Sribhagwan Singh Kushwaha by over 1.35 lakh votes.

Main factors and issues: Choubey is completely banking on Modi`s image. Despite being a Minister of State in the Modi government, locals are unhappy with his performance but they seem to be fond of Modi, especially after the Balakot air strike.

Rajputs are a key factor in this Brahmin dominated seat. If Jagdanand Singh gets even 30 per cent of the Rajput votes, Choubey will find himself in a tough position. The Yadavs and the Muslims are behind Singh.

Main factors and issues: Ram Kripal Yadav, a former aide of RJD chief and former Bihar Chief Minister Lalu Prasad, is banking on the appeal of Modi and his development plank. Lalu Prasad`s daughter Misa Bharati is relying on the public sympathy for her father, who has been imprisoned in Ranchi in connection with the fodder scam.

Main factors and issues: The BJP has made national security its poll plank while Deol, popular for his role in patriotic films like "Border", is playing on issues in tune with the saffron party`s scheme of things. Sometimes he is wooing the voters by holding aloft a handpump, recreating a scene from his hit film "Gadar: Ek Prem Katha", and at other times he mouthing popular dialogues from his films such as "Dhai kilo ka hath" and "Hindustan zindabad hai, zindabad rahega."

Sitting MP Jakhar, the son of former Congress stalwart Balram Jakhar, is banking on his development projects besides reminding people of the Congress` contribution for the Kartarpur Sahib corridor.

Main factors and issues: Captain Amrinder Singh, who defeated BJP`s Arun Jaitley from here in 2014, is leaving no stone unturned to defeat Puri, who is taking on the Congress aggressively over its leader Sam Pitroda`s "hua to hua" remark on the 1984 anti-Sikh riots.