Taking to Twitter, Defence Minister Nirmala Sitharaman tweeted that the memorandum expressed concern on the violent attack and the resulting breach of privilege. 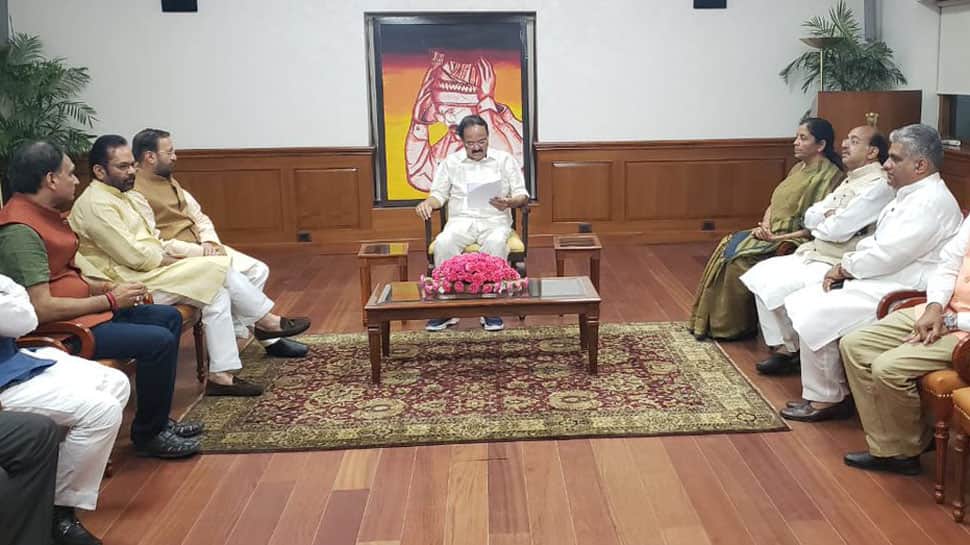 A delegation of the Bharatiya Janata Party (BJP) leaders on Wednesday met Vice President Venkaiah Naidu and submitted a memorandum in connection with the attack on BJP president Amit Shah's roadshow in West Bengal's Kolkata. Taking to Twitter, Defence Minister Nirmala Sitharaman tweeted that the memorandum expressed concern on the violent attack and the resulting breach of privilege.

On Tuesday, the supporters of both the BJP and Trinamool Congress (TMC) fought pitched battles on the streets of Kolkata during a massive road show by Shah. Though Shah escaped unhurt, he was forced to cut short the road show and had to be escorted to safety by the police.

Parts of the city plunged into a welter of violence after TMC's student wing, allegedly, waved black flags near Vidyasagar college and were also displaying anti-BJP placards. When confronted by BJP supporters, violence erupted and the statue of Bengali writer and philosopher Ishwar Chandra Vidyasagar was destroyed. Stones were thrown, lathis were used and several vehicles were set on fire, even as Kolkata Police eventually resorted to lathi charge to restore order.