At the Vijaya Sankalp rally in Kozhikode, PM Modi said his party presents an alternative for the state, that would be inclusive, democratic and compassionate. 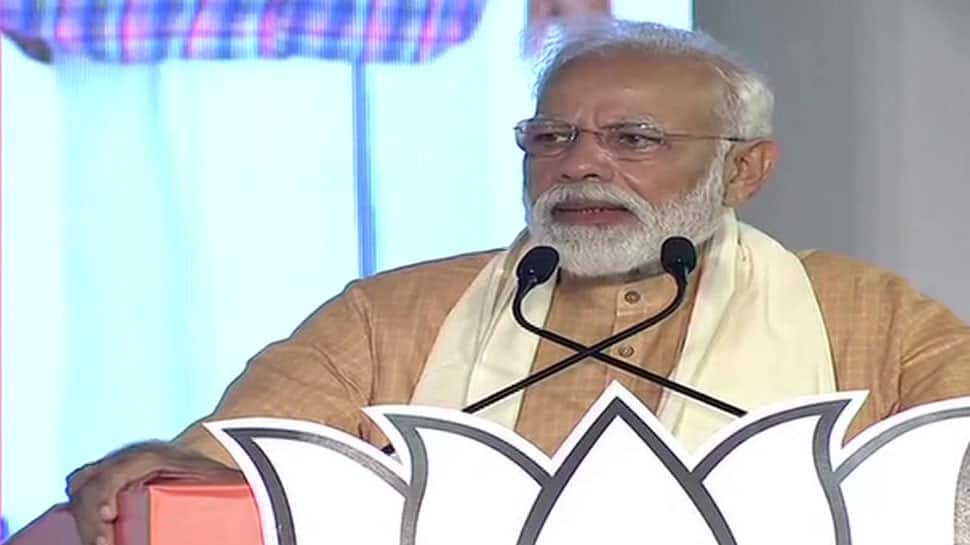 Kozhikode: Prime Minister Narendra Modi on Friday lashed out at the ruling LDF and the Opposition Congress, saying both fronts have failed the people of the state despite dominating state politics for decades.

At the Vijaya Sankalp rally in Kozhikode, PM Modi said his party presents an alternative for the state, that would be inclusive, democratic and compassionate.

"For decades, the communist LDF and the communal UDF have dominated the Kerala politics. But they have miserably failed the people of Kerala. BJP presents an alternative ie.Inclusive, democratic and compassionate. We will serve each and every citizen," PM Modi said. He said electing of Congress and LDF was like "giving licences for its leaders to engage in corruption."

PM Modi, who arrived here after addressing campaign meetings at Ahmednagar in Maharashtra and Gangavathi in northern Karnataka during the day, said the UDF and the LDF are different only in name, but not in deeds.

"BJP Karyakarthas have been attacked and killed in Kerala for serving the people," PM Modi said.

Candidates from Kasaragod to Palakkad shared the dias with the Prime minister at the rally, organised at the Kozhikode beach front.

This is Prime Minister's first election rally in Kerala, that will go to the polls in the third phase on April 23. PM Modi is expected to come to the state once more before the April 23 elections.