The election season has well and truly set in across the country with the first phase of voting just nine days away - on April 11. 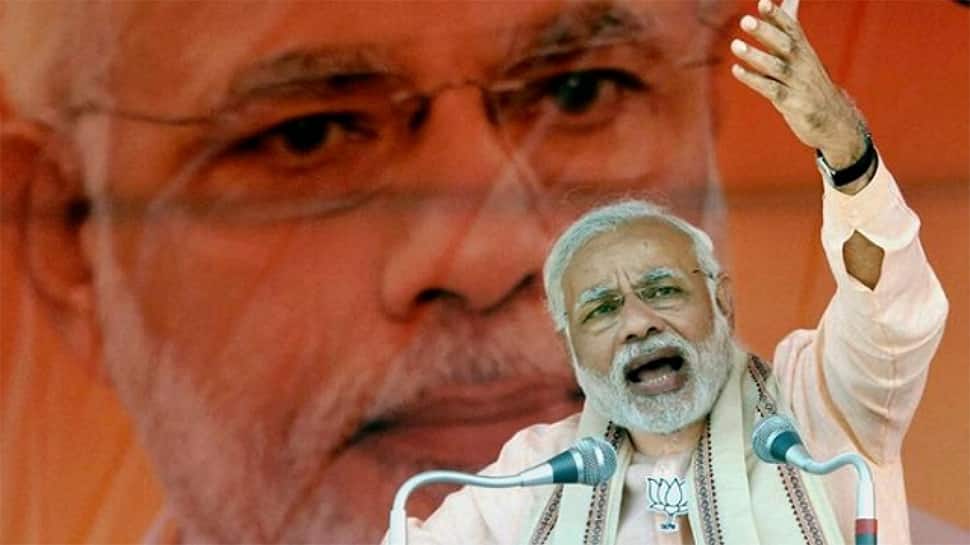 With the first phase of voting in Lok Sabha 2019 election fast approaching - on April 11, political parties and their respective leaders are putting finishing touches on their strategies and reaching out to voters in a big way.

Even as Prime Minister Narendra Modi leads the charge for the Bharatiya Janata Party, Congress on Tuesday released its manifesto with their pro-poor scheme called 'NYAY' already being touted as the main highlight. Regional players like Mamata Banerjee, Chandrababu Naidu, Mayawati and Omar Abdullah too are leaving no stone unturned to take political potshots at rivals while trying to clear the way for their respective electoral success.

Thank you for joining us. Do come back again for election live updates on Wednesday (April 3).

Here are the updates from Tuesday (April 2):

* "There are two kinds of people who have a problem with 'Chowkidar.' One type includes ‘Maha Milawati' and the second includes all those who sponsor terrorists," PM Modi in Gaya, Bihar

* The Biju Janata Dal (BJD) on Tuesday declared names for two Lok Sabha and seven Assembly Seats. Notable mentions in the BJD list are Mahesh Sahu, who will contest from Dhenkanal Lok Sabha seat, and Indrani Murmu, who will contest from Keonjhar Lok Sabha seat. Mahesh Sahu is a sitting MLA of the BJD. Furthermore, Rajya Sabha member and Editor of vernacular daily Sambad will contest Assembly election from Khandapada seat. Five sitting MLAs have been denied ticket by BJD in this list, ANI reported.

* "I want people of Bihar to give a befitting reply to those who are spreading rumours about reservations. Be it Modi or anyone else, no one can remove reservations," said PM Modi in Jamui, Bihar.

* Election Commission has written to the President against Rajasthan Governor Kalyan Singh for violation of model code of conduct. Singh had said: "We all are BJP workers&we want BJP to emerge victorious. We want that once again Modi ji should become the PM."

Election Commission has written to the President against Rajasthan Governor Kalyan Singh for violation of model code of conduct. He had said 'We all are BJP workers&we want BJP to emerge victorious. We want that once again Modi ji should become the PM' on 23rd March. (File pic) pic.twitter.com/22NPW7579a

* Uttar Pradesh Chief Minister Yogi Adityanath has called the Congress manifesto 'a bundle of lies' and 'the party has expressed its failure over 55 years in its 55-page manifesto.'

*Election Commission of India has written to the Secretary, Ministry of Civil Aviation and Chairman, Railway Board over "non-compliance of lawful instructions and lackadaisical approach towards enforcing the model code of conduct," news agency ANI reported.

* "The way PM Modi's government implemented GST and demonetization, in haste, that affected small businesses; that also led to increase in unemployment. Congress was involved in Bofors and now BJP govt is involved in Rafale," said Mayawati.

* “The announcements made by the BJP in the last days of their government are just for electoral gains," BSP chief Mayawati says at a rally in Bhubaneswar.

* "Don't underestimate our ability to deliver, we'll deliver. We promised we'll deliver. We've delivered in past and we'll deliver in future. Who created telecom jobs? How did we get from 2 million telephones to 1.2 billion," Sam Pitroda, Indian Overseas Congress Chief on party's election manifesto. "How did we provide the Food & Agriculture Revolution? What about Space Revolution? All that these people can do is, talk. Look at our track record," he added.

* Congress President Rahul Gandhi on him contesting from Wayanad (Kerala): "There was a demand for me. There is a very strong feeling in south India that they are not being carried by the current govt. South India feels hostility from Mr Narendra Modi."

* Manifesto should reflect the wishes of the people of India: Rahul Gandhi

* PM Modi addresses his first rally of the day, in Odisha's Kalahandi.

- We have tried to bring as many schemes and projects to Odisha as was possible despite the lack of cooperation from the government here.

- Congress and BJD have conspired to keep the poor the way they are. They have cheated the poor after every election.

- Rajiv Gandhi had once said that he (Centre) sends one Rupee but only 15 Paise reaches Kalahandi. What did Congress do about it? Was it not their responsibility to ensure full amount reaches? Were they not all-powerful back then? Will you forgive those who stole from the poor? When elections come, Congress starts chanting pro-poor mantra, then forget all about them.

- Congress will tell you all about the illness but do nothing to give a cure or solution.

* Union minister and BJP leader Ashwini Kumar Choubey granted bail in connection with a case against him on charges of misbehaving with Buxar SDM and for violating Model Code of Conduct.

* PM Modi will be in Bihar's Jamui and Gaya where he will have a rally each. Then, he will Odisha's Bhawanipatna.