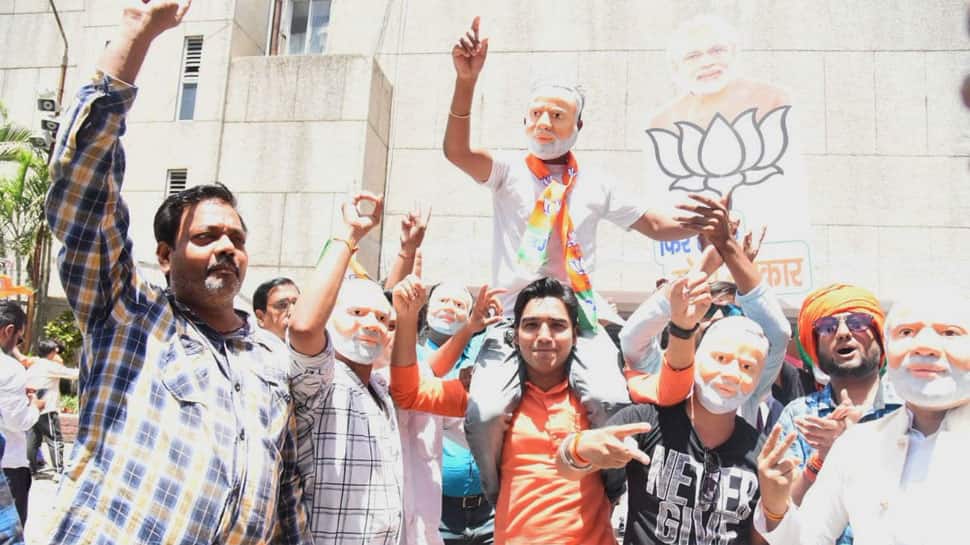 New Delhi: Dealing a major blow to the Congress, the Bharatiya Janata Party repeated its clean sweep in Madhya Pradesh in the General Election 2019, winning 28 out of the 29 Lok Sabha seats in the Central Indian state while Congress had to make do with just one seat in – Chhindwara.

Jyotiraditya Scindia lost traditional Guna seat to the BJP's Dr K P Yadav while Senior Congress leader Digvijay Singh lost the Bhopal seat to Sadhvi Pragya Singh who won by a huge margin of over 364822 votes. Speaking to media persons, she said, "I have won the trust of the people. The country will prosper under the leadership of Narendra Modi."

Congress had to be satisfied with its lone seat in Chhindwara where Chief Minister Kamal Nath`s son Nakul Kamal Nath won by a margin 37536 votes against BJP's Nathansaha Kawreti. Chhindwara seat has been a Congress bastion since 1957 and the only time the party lost it to BJP was in the 1997 byelection held when BJP candidate Sundar Lal Patwa emerged as the winner from here.

BJP's Shankar Lalwani won the Indore seat against Congress' Pankaj Sanghvi by a margin of 5.4 lakh votes. Lalwani, who is making his Lok Sabha poll debut, was fielded by the BJP for this seat after Lok Sabha Speaker Sumitra Mahajan, an eight-time MP, opted out of the general election.

In the 2014 General election, BJP had wiped out Congress in Madhya Pradesh, winning 27 of the 29 Lok Sabha seats in the state. However, last year, 230-member-Assembly election, the Congress won 114 seats. BJP came a close second with 109 seats.

Around 67 percent of the nearly 900 million voters exercised their franchise in the seven-phase elections that began on April 11 and ended on May 19. Out of the 543 Lok Sabha seats, elections were held in 542 constituencies as the EC had cancelled polls to the Vellore constituency on the grounds of excessive use of money power. The poll panel is yet to announce a fresh date for elections in Vellore.