This is for the first time in a Lok Sabha election that results of voting machines will be matched with slips generated by paper trail machines. 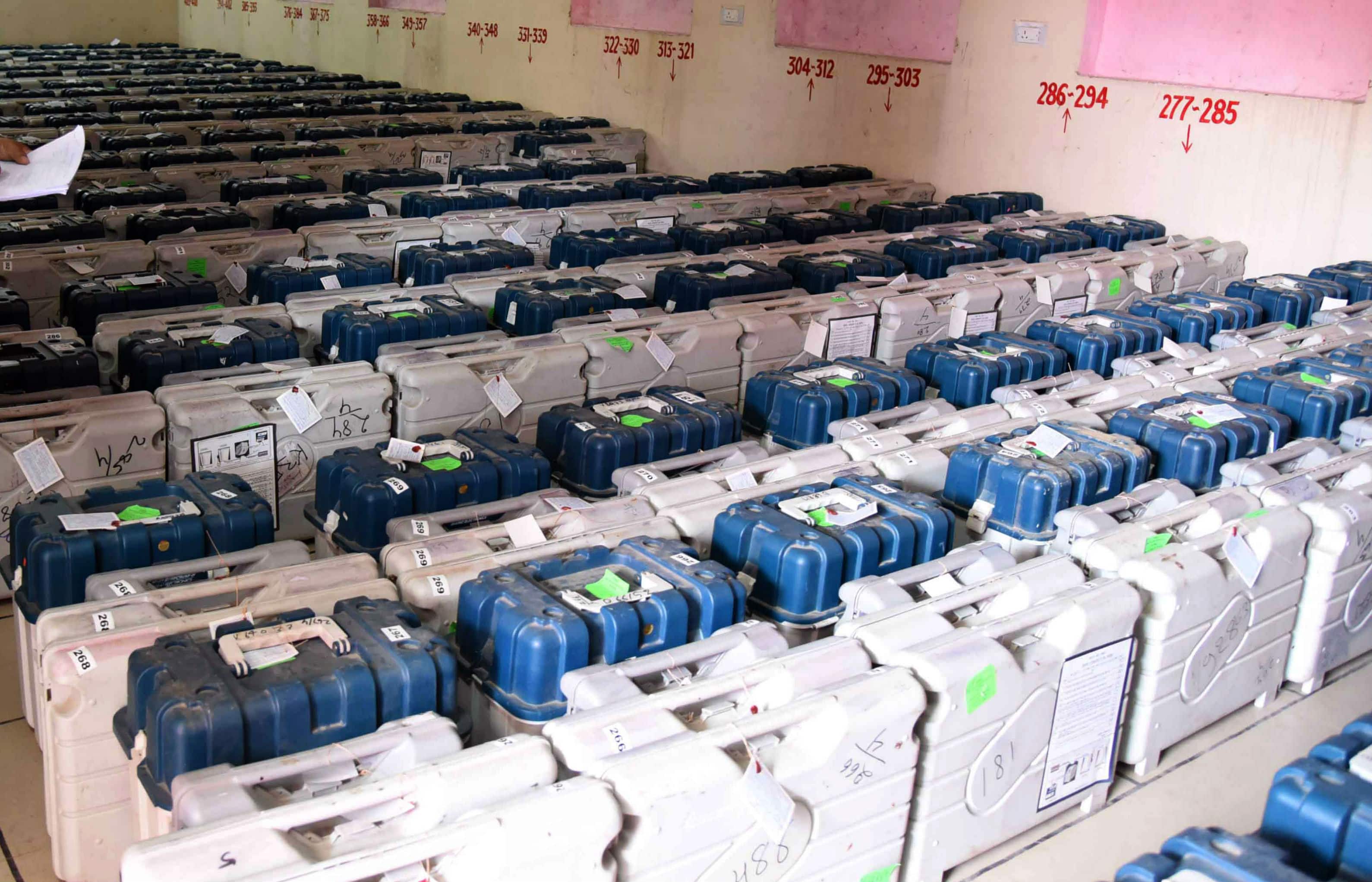 New Delhi: Counting of votes for the Lok Sabha election, in which over 8,000 candidates were in the fray for 542 seats, will begin at 8.00 am on Thursday and results are expected only by late evening due to tallying of voter-verified paper audit trail slips (VVPAT) with EVM count for the first time.

67.11 per cent of the 90.99 crore electors had cast their vote in the seven-phase elections. This is the highest ever voter turnout in Indian parliamentarian elections.

This is for the first time in a Lok Sabha election that results of voting machines will be matched with slips generated by paper trail machines.

The Election Commission is yet to provide the number of counting centres being set up for Thursday, saying the data is not centrally available.

As per procedure, postal ballots would be the first to be counted.

Service voters stood at 18 lakh. These include personnel of the armed forces, central police force personnel and state police personnel who are posted outside their constituencies.

Out of 18 lakh registered voters, 16.49 lakh have sent their postal ballots to their respective returning officers as on May 17.

The exercise of counting postal ballots manually will itself take a couple of hours at least, an EC official said.

The paper trail machines slips will be counted in the end.

As per the procedure, first the slips will be counted and the EVM displays would be switched on later to match the results.

In case of a mismatch, the results based in paper slip count will be considered as final.

The entire exercise of EVM-Paper trail machine matching will take an additional four to five hours.

Out of the 543 Lok Sabha seats, elections were held in 542 constituencies as the EC had cancelled polls to the Vellore constituency on the grounds of excessive use of money power.

The poll panel is yet to announce a fresh date for elections in Vellore.

Lok Sabha Election result 2019: Counting of votes to be held in 63 centres in Odisha