Gujarat recorded a total voter turnout of 64.11 per cent, which is almost similar to the polling per cent of 2014 Lok Sabha election. 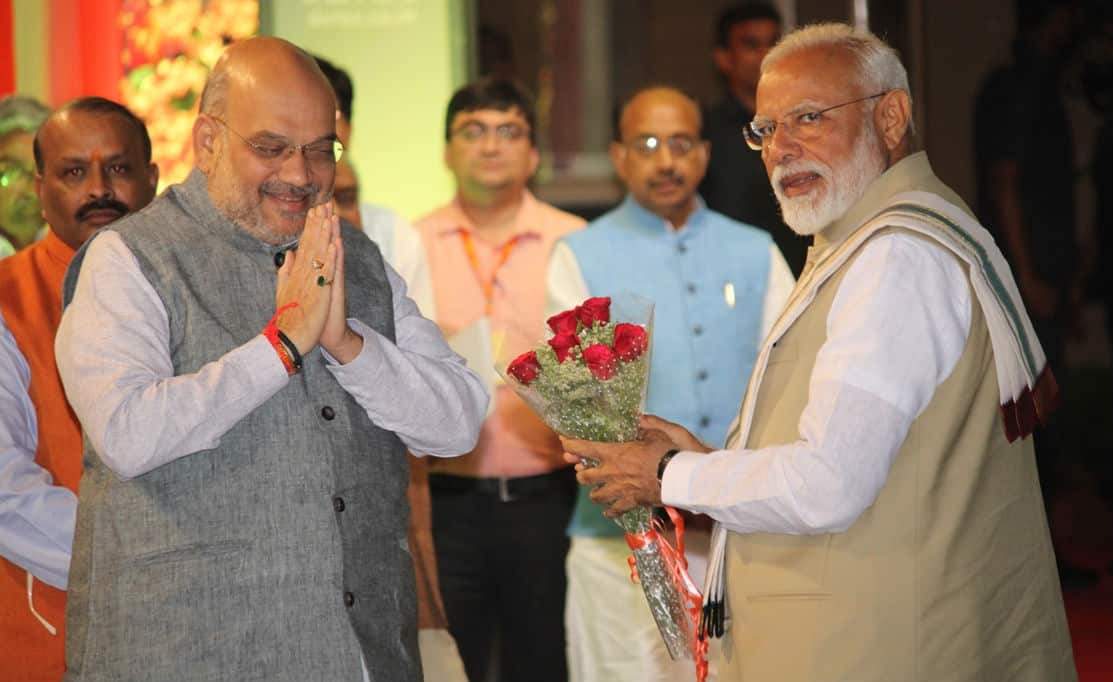 ‎Gandhinagar: The fate of 371 candidates in fray from the 26 parliamentary seats in Gujarat, which voted on April 23 in the third phase of Lok Sabha election 2019, will be decided on May 23, Thursday. The results will be declared after the counting of votes is over.

Some of the key Lok Sabha election 2019 candidates in Gujarat from the Bharatiya Janata Party (BJP) are Amit Shah, the party president who is debuting in Lok Sabha elections, HS Patel, Kirit Bhai Solanki, Mohan Bhai Kundariya and Darshana Vikram Jardosh. The big names from Congress are Geetaben Patel, Raju Parmar, Lalit Kagathara and Ashok Adhevada among others.

The state recorded a total voter turnout of 64.11 per cent, which is almost similar to the polling per cent of 2014 Lok Sabha election. There are 45,125,680 voters in Gujarat, where the contest is between the BJP and Congress.

In the 2014 General election, BJP had won all the 26 seats and the Congress failed to open its account in the state.

Gujarat, the home turf of Prime Minister Narendra Modi and BJP president Amit Shah, has been a saffron bastion for over two decades.

As far as Gujarat is concerned, the ABP-CSDS exit poll predicts a massive victory for BJP in the state. It mentioned that the party is likely to grab 24 Lok Sabha seats while the rest two will go to Congress' kitty. The India Today-Axis My India exit poll says that the BJP will register victory in 25-26 seats. The IANS-CVOTER exit poll shows that the BJP is expected to retain 22 seats in Gujarat. The TimesNow-VMR predicts 23 seats for BJP in Gujarat while Today's Chanakya and IPSOS have given 25 seats each to BJP.

Soon after the Gujarat exit poll predictions were out, Chief Minister Vijay Rupani expressed confidence that the figures would be reflected in the actual results too while the Congress dubbed that the exit polls are “far away from the ground reality.”

No change in counting process, Opposition demand on VVPAT rejected