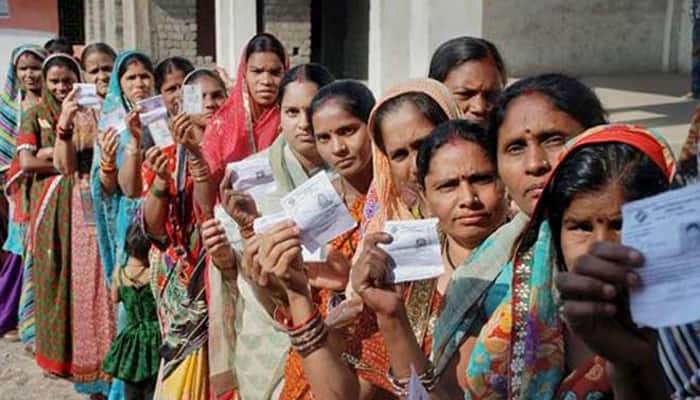 New Delhi: India is in the grips of election season with political parties ramping up their efforts to woo voters. With just 17 days left for voting in the first phase, parties are working overtime to perfect their election strategies and reach out to voters in a bid to get their support.

While BJP is hoping to sail through the election and have Narendra Modi as PM for another term, a number of political parties in the rival camp are plotting his downfall. Congress, a party which was nearly destroyed in the last Lok Sabha election, is hoping that Rahul Gandhi is able to take it past the finish line. Regional parties too have national ambitions and could leave a lasting impression on Lok Sabha election 2019.

Thank you, readers, for joining us. Do come again on Tuesday (March 26) for election live updates.

Here are the updates from Monday (March 25):

* Makkal Needhi Maiam chief Kamal Haasan met TMC chief and Chief Minister and Mamata Banerjee. He said, "Meeting was excellent we are proud to say that Makkal Needhi Maiam is an ally of TMC in Andaman. We hope this relation evolves in future. I'm going to campaign for their candidate (in Andaman)."

* Karti Chidambaram files nomination for the Sivaganga parliamentary constituency as the Congress candidate.

* Rahul Gandhi says that the Congress manifesto covers a wide range of topics and issues but removing poverty is the priority. (Read full report here)

- We have discussed this with top economists of the world to come up with this.

* CWC meet has ended. Rahul to address members of the press shortly.

* Supreme Court asks Election Commission to file an affidavit by March 28 on why physical verification of VVPAT paper trail should not be extended to more than one polling station per assembly segment: ANI

* Congress' Raj Babbar, BJP's VK Singh and Hema Malini to file their nomination papers today for the first phase of Lok Sabha election. The April 11 voting in UP would be conducted in Saharanpur, Kairana, Muzzafarnagar, Bijnor, Meerut, Bagpat, Ghaziabad and Gautam Buddh Nagar.

* Sources tell Zee News' Ravi Tripathi that there is a heating argument between Sheila Dikshit and Ajay Maken on the possibility of Congress-AAP alliance in Delhi. In the CWC meeting, both leaders of Congress argue on the merits and demerits of an alliance with AAP.  Dikshit is against an alliance, has reportedly questioned Maken's contribution when he was heading the Congress' Delhi unit.

* A decision on whether Congress forms an alliance with AAP in Delhi is likely today at the CWC. Senior party leaders from Delhi attending the meeting.

* Actress-turned-politician Jaya Prada may join BJP. Sources say she could be given a ticket to contest from Rampur.

* Today is the last day for filing nominations.