All political parties are putting their best foot forward and are busy campaigning in order to garner maximum support for their candidates. 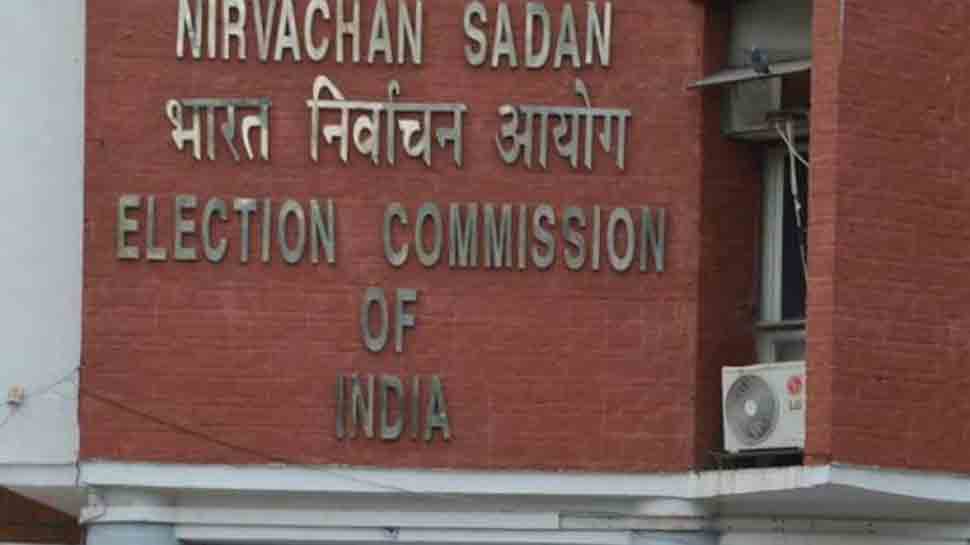 The second phase of seven-phase Lok Sabha poll is scheduled to take place on Thursday (April 18) and the campaigning for this phase came to an end at 5 pm on Tuesday. All political parties are putting their best foot forward and are busy campaigning in order to garner maximum support for their candidates.

Prime Minister Narendra Modi held a roadshow in Bhubaneswar, Odisha, on Tuesday. He also addressed two rallies in Bhubaneswar and Sambalpur on the same day. The PM started his roadshow from near the Biju Patnaik International Airport and reached the public rally venue at Baramunda Ground covering Ganganagar and OUAT Square.

PM Modi also addressed two election meetings in Chhattisgarh on Tuesday. The first meeting was in Korba and the second meeting took place in a village Suma of Bhatapara in Balodabazar district.

Congress President Rahul Gandhi is addressed a public rally at Pathanapuram and Pathanamthitta in Kerala on Tuesday.

West Bengal Chief Minister and TMC supremo Mamata Banerjee rallied at Itahar in Uttar Dinajpur and in North 24 Paraganas. She also addressed the masses at Narayanpur.

Here are all the updates from Tuesday (April 16):

* Polling in Tripura East Lok Sabha constituency deferred from April 18 to April 23 due to security reasons.

* The way one sees the wife of a thief is how India sees Priyanka Gandhi Vadra, says Uma Bharti on being asked about Priyanka's impact on Lok Sabha election.

* With its talks of a tie-up with AAP heading nowhere, the Congress has now focussed its attention on the announcement of its candidates for the seven parliamentary constituencies in Delhi.

* Twelve candidates, including 10 from unrecognised parties, filed their nominations Tuesday for the Lok Sabha polls in Delhi scheduled for May 12.

* The CPI(M) on Tuesday alleged that polling in 464 booths under Tripura West Lok Sabha seat was rigged and demanded a re-poll.

* Polling will be held in 38 seats in Tamil Nadu, 14 seats in Karnataka, 10 in Maharashtra, eight in Uttar Pradesh, five each in Assam, Bihar and Odisha, three each in Chhattisgarh and West Bengal, two in Jammu and Kashmir and one seat each in Manipura, Tripura and Puducherry.

* Elections will also be held in 35 assembly constituencies in Odisha.

* The Supreme Court on Tuesday sought Election Commission's response on a plea alleging that people were being bribed on a massive scale for Lok Sabha polls in Tamil Nadu.

* Lok Sabha election to the Vellore constituency cancelled following recovery of a huge amount of cash allegedly from a DMK candidate's office a few days ago.

* Punjab Cabinet Minister Navjot Singh Sidhu on Tuesday called Prime Minister Narendra Modi the "biggest liar" who has failed to fulfil even one of the many promises he had made prior to 2014 elections.

* Issues like farm distress and lack of jobs dominated campaign in 10 constituencies in Marathwada and Vidarbha regions in Maharashtra, where polling for the second phase of Lok Sabha elections will be held on April 18.

* A criminal case was registered on Tuesday against Himachal Pradesh BJP chief Satpal Singh Satti for using a slur against Congress President Rahul Gandhi while campaigning.

* The Election Commission Tuesday turned down the AAP government's request to release advertisements about summer camps in government schools prompting Deputy Chief Minister Manish Sisodia to write a letter to the poll body to reconsider its decision.

* Himachal Pradesh Chief Minister Jai Ram Thakur on Tuesday said the Congress has neither a vision nor a national development policy, whereas the BJP has a strong leadership of Prime Minister Narendra Modi, who guided the country to be one among the top five nations.

* Odisha: PM Narendra Modi waves to people on his way to Baramunda ground, Bhubaneswar where is scheduled to address a rally shortly

Odisha: PM Narendra Modi waves to people on his way to Baramunda ground, Bhubaneswar where is scheduled to address a rally shortly pic.twitter.com/wqcfxktGWO

* Campaigning for the East Tripura Lok Sabha constituency, which will go to the poll in the second phase on April 18, ended at 5 pm on Tuesday, Tripura Chief Electoral Officer Sriram Taranikanti said.

* Home Minister Rajnath Singh on Poonam Sinha to contest against him from Lucknow as SP-BSP-RLD candidate: Yes somebody must contest, that is the beauty of democracy. We will fight elections with full dignity, tehzeeb jo Lucknow ki bohot badi dharohar hai, usko bhi hum kayam rakhenge.

* As the EC barred BSP chief Mayawati from campaigning for 48 hours, her 24-year-old nephew Akash Anand Tuesday addressed his first political rally in Agra, urging the people to vote for the SP-BSP-RLD alliance in the Lok Sabha polls.

* Amid claims of "misusing" the armed forces for electoral gain, Prime Minister Narendra Modi on Tuesday said the strength of "one vote" had enabled the surgical strike and air strike in Pakistan.

* The campaigning for prestigious Srinagar Lok Sabha seat, going to the polls on April 18 in the second phase of elections, came to an end on Tuesday.

* The NDA under Prime Minister Narendra Modi's leadership would form the government at the Centre on its own after the Lok Sabha elections and not need support from parties like TRS, Telangana BJP President K Laxman said in Hyderabad.

* The Supreme Court Tuesday expressed satisfaction over swift action taken by the Election Commission against various politicians, including Uttar Pradesh Chief Minister Yogi Adityanath and BSP supremo Mayawati, for their alleged communal speeches during campaigning saying the poll panel has now "woken up to its powers".

* A Sub-Divisional Magistrate (SDM) in Jammu and Kashmir`s Anantnag was allegedly manhandled by the Army on Tuesday, sparking off protests by government employees who announced they would boycott poll duties till action was taken.

* The transport of EVMs in Telangana`s Jagtial district created a flutter as the video went viral on social media but the poll officials clarified on Tuesday that the machines were used only for training the personnel.

* Election Commission issues show-cause notice to Union Minister and BJP MP from Jodhpur, Gajendra Singh Shekhawat for violating Model Code of Conduct by threatening public officials in his speech in Pokhran on 14 April.

* Tamil Nadu CM Edappadi K. Palaniswami in Salem: The opposition alliance is an opportunistic alliance. Their only aim is to secure power. On the other hand, we take up issues of the state with Centre as a result of which many Central schemes have been implemented in the state.

* Karnataka Deputy CM G. Parameshwara in Tumakuru: I don't want to predict how many seats we (Congress-JDS) will win but we are trying to win all 28 seats in the state. They (BJP) had given false promises and are continuing with the same false promises in this election too.

Karnataka Deputy CM G. Parameshwara in Tumakuru: I don't want to predict how many seats we (Congress-JDS) will win but we are trying to win all 28 seats in the state. They (BJP) had given false promises and are continuing with the same false promises in this election too. pic.twitter.com/SLWlFgdgpk

* A BJP delegation comprising senior leader Mukhtar Abbas Naqvi and Jagat Prakash Nadda will meet EC on Tuesday against the ban on UP CM Yogi Adityanath who has been barred from election campaigning for 72 hours.

* "We understand that foreign nationals can't participate in electioneering process in India.When TMC is using Bangladeshi nationals (actor Ferdous) for campaigning, they are breaking the rules. He should be arrested for breach of visa rules," BJP leader JP Majumdar said after meeting EC in Kolkata

* Azam Khan's son Abdullah Azam defended his father saying the EC decided to ban Azam Khan from campaigning in order to please the BJP. Abdullah added that since Azam is a Muslim he was banned without even given a chance to defend himself.

* "I will file a defamation case against Rahul Gandhi in a Patna court. Is it a crime to have 'Modi' surname? He has referred to crores of people as 'chor' and hurt their sentiments," Bihar Deputy CM Sushil Modi on Rahul Gandhi's statement 'All thieves have Modi in their surnames'.

Bihar Deputy CM Sushil Modi on Rahul Gandhi's statement 'All thieves have Modi in their surnames': I will file a defamation case against Rahul Gandhi in a Patna court. Is it a crime to have 'Modi' surname? He has referred to crores of people as 'chor' and hurt their sentiments. pic.twitter.com/ijc7io38MK

* Filing of nominations has begun for Phase VI of Lok Sabha poll for elections in 59 Parliamentary constituencies across 7 states on May 12, EC said.

* "In such hot weather, such a huge crowd, such enthusiasm; pictures of these rallies are giving sleepless nights to others. People are supporting us because they want a strong government," Prime Minister Narendra Modi said in Sambalpur, Odisha

* "I'm not fighting against anyone. I'm fighting for the people. It's we who are the majority. In democracy, if you choose the right leader, people win,if you choose wrong leader,people lose," said Prakash Raj who is contesting from Bengaluru Central LS seat as an independent candidate.

Prakash Raj who is contesting from Bengaluru Central LS seat as an independent candidate,says,"I'm not fighting against anyone.I'm fighting for the people. It's we who are the majority. In democracy,if you choose the right leader,people win,if you choose wrong leader,people lose" pic.twitter.com/LYA1keGpT2

* 2 Railway employees have been suspended after tickets with photo of PM Modi printed on them were issued to passengers at Barabanki railway station on Monday, ANI reported.

Opposition making hue and cry over EVMs as they see defeat: Rajnath Singh