MHA has asked states and union territories to maintain law and order in the face of possible violence on counting day for Lok Sabha election 2019. 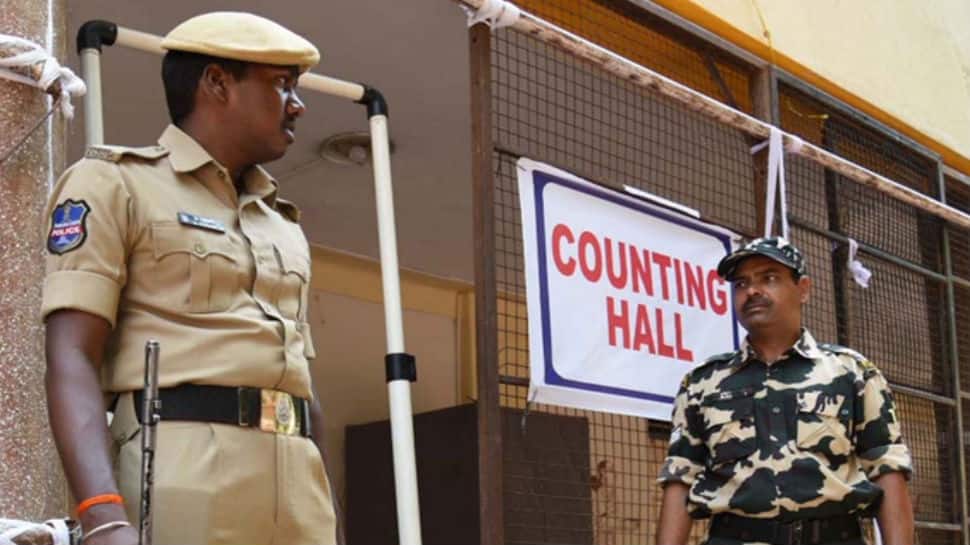 New Delhi: A day before counting of votes for the Lok Sabha polls, the Union Home Ministry Wednesday alerted all states and Union Territories on the possibility of violence in different parts of the country, saying calls were given in various quarters for inciting violence.

In a statement, the ministry also said it has asked the states and UTs to maintain law and order, peace and public tranquillity.

"The home ministry has alerted the state chief secretaries and directors general of police regarding the possibility of eruption of violence in different parts of the country in connection with the counting of votes tomorrow," the statement said.

The ministry said the states and UTs have been further asked to take adequate measures for the security of strong rooms and venues of counting of votes.

"This is in the wake of calls given and statements made in various quarters for inciting violence and causing disruption on the day of counting of votes," it said.

The central security agencies have received inputs that some organisations and individuals, particularly in Uttar Pradesh, West Bengal, Bihar and Tripura, have given certain statements which may lead to violence and disruption in counting process, an official said.

Lok Sabha elections were held in seven phases from April 11 to May 19. Counting will take place on Thursday.