The BJP may have welcomed Sadhvi Pragya Singh Thakur with open arms but not everyone is ready to accept her political innings. 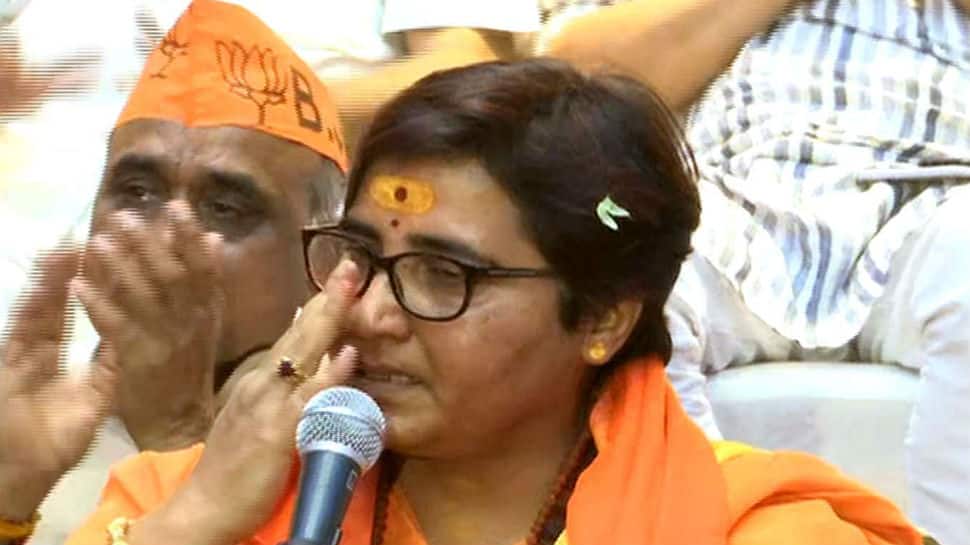 It has been quite a week so far for Sadhvi Pragya Singh Thakur. From joining the Bharatiya Janata Party on Tuesday to being named as the party candidate from Bhopal parliamentary seat on Wednesday to facing the start of possible legal challenges on Thursday, the  48-year-old has had a rollercoaster-like past few days.

Till just a few days back, the saffron-clad Sadhvi Pragya's name was mostly always taken in reference to the Malegaon blast in 2008. An accused in the case, she still faces a number of charges even though the main charge under MCOCA was previously dropped by an NIA court. That, however, did not stop BJP from naming Sadhvi Pragya - currently out on bail - as the party candidate from Bhopal seat for Lok Sabha election 2019. Facing-off against her would be Congress veteran Digvijaya Singh whom the BJP accuses of coining the term 'saffron terror.'

The electoral battle at hand between Sadhvi Pragya and Digvijaya is for the Bhopal Lok Sabha seat. It could well be about a whole lot more. On Wednesday, Sadhvi Pragya said that the election is dharma-yuddh for her. Digvijaya repsonded by welcoming her to 'peaceful' Bhopal.

A day later, Sadhvi Pragya recounted her days in prison and accused cops of torturing her. She even broke down while levelling allegations.

Tears, however, may not clear the path ahead.

The main charge against Sadhvi Pragya being named as a candidate for election is that she has yet to clear her name from the Malegaon blast case. She has been arrested by the Maharashtra Anti-Terrorism Squad shortly after six people were killed and more than 100 injured when a bomb went off in Malegaon on September 29 of 2008. In the subsequent years, Sadhvi Pragya spent some time behind bars before being given a clean chit by NIA, although it did not discharge her. She still faces trial under the Unlawful Activities (Prevention) Act and Indian Penal Code sections.

Now, her electoral debut has been challenged by the father of one of the victims in the Malegaon blast. Nisar Sayeed, who lost his son, filed an application in NIA. He argues in the application that Sadhvi Pragya should be told to attend court proceedings in Mumbai and that she be barred from contesting in the election at hand. The application also points out that she had been granted bail on health grounds and is now 'contesting election in the summer heat.' The matter will be heard on Monday.

And that's not all.

Political analyst Tehseen Poonawalla also approached the Election Commission and argued that Sadhvi Pragya ought to be barred from contesting in Lok Sabha election as she faces terror charges.  "I would humbly request the Election Commission of India to take further necessary steps to uphold the Model Code of Conduct 2019 and take appropriate action against Sadhvi Pragya Singh Thakur and debar her from contesting elections," he wrote.

And then there are political adversaries.

From Farooq Abdullah of the National Conference to  AIMIM chief Asaduddin Owaisi and Congress spokesperson Ratnakar Mahajan, verbal attacks have flown thick and fast - directed at both Sadhvi Pragya and her political party.

Under such a charged-up political climate, Sadhvi Pragya is scheduled to file her nomination on April 23. Will she be permitted to contest in Lok Sabha election 2019? If so, would she be able to ensure that BJP's nearly-flawless record in Bhopal constituency remains intact? If so, what could be the manifold repercussions? Time will tell.

Biopic on PM Modi a joke as he didn't fulfil promises: Urmila Matondkar