Most exit polls in the country have predicted NDA to roar back to power. Even the most conservative of numbers hint at BJP managing to be at touching distance of the majority mark and Congress lagging far behind. 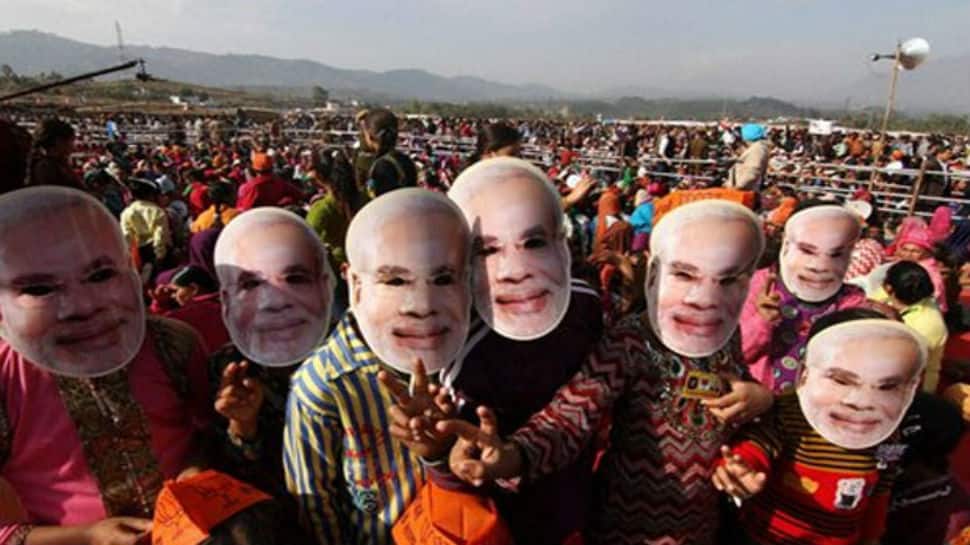 The National Democratic Alliance (NDA) had something to cheer about as India voted in the seventh and final phase of voting in Lok Sabha election 2019 on Sunday. Data released by most exit polls half-an-hour after voting came to an end predicted Bharatiya Janata Party-led NDA to not only hit the majority mark of 272 but breach the 300-mark as well. The exit polls which were more conservative also showed a favourable outcome for NDA even if stopping well short of the 300-mark.

A triple century is not essential to form the next government but reaching it could be a big statement of intent after months of hectic campaigning and a despicable blame game.

Now, if a majority of exit polls are to be believed, NDA could roar back to power for a second term. Zee Maha Exit Poll crunched the numbers from different exit polls and concluded that the NDA could cruise its way to wins 303 seats while UPA would halt at 117. Others are likely to finish with a combined tally of 122.

The most conservative of numbers for NDA was given by NewsX/India News-Poll Strata which predicted 242 seats for the alliance. It gave a maximum of 165 seats to UPA.

For the Bharatiya Janata Party in particular, what could possibly be good news is that it is likely to sweep states like Rajasthan, Madhya Pradesh and Chhattisgarh. These states have traditionally voted for the BJP but with Congress winning assembly elections here recently, critics of BJP had begun doubting the saffron party's larger national appeal.

That doubt may well disappear, at least if the exit poll numbers are taken into account.

More significantly, the party could not only be in double digits in West Bengal for the first time but possibly topple Trinamool Congress' dominance. Republic-Jan ki Baat exit poll predicted a maximum of 26 of 42 seats for the party. India Today-Axis exit poll gave a maximum of 23 seats to BJP here. Perhaps exit poll numbers like these prompted Mamata Banerjee to tweet that she does not believe in such figures before counting day. (Full report here)

Maharashtra could also play a key role in bringing the NDA back to power in New Delhi. Here, the BJP-Shiv Sena combine is largely predicted to retain its numbers from the previous edition of Lok Sabha election. The BJP could sweep Delhi where most exit polls predict that it would retain all seven constituencies or leave Congress with one at the most.

With such numbers being predicted for BJP and its alliance partners, it is unlikely that Narendra Modi and Amit Shah would have to reach out to other parties for possible alliances. The exit polls won't come as good news for the likes of Rahul Gandhi, Mamata or Chandrababu Naidu who led a vilified campaign against BJP. While the Opposition may have hoped for a closer fight and pray still that almost every exit poll in the country have figures woefully incorrect, Thursday - the day of counting - will reveal the final writing on the wall.