Kirti Azad had won the 2014 Lok Sabha election on a BJP ticket from Darbhanga but that seat was ceded by Congress this year to alliance partner RJD. 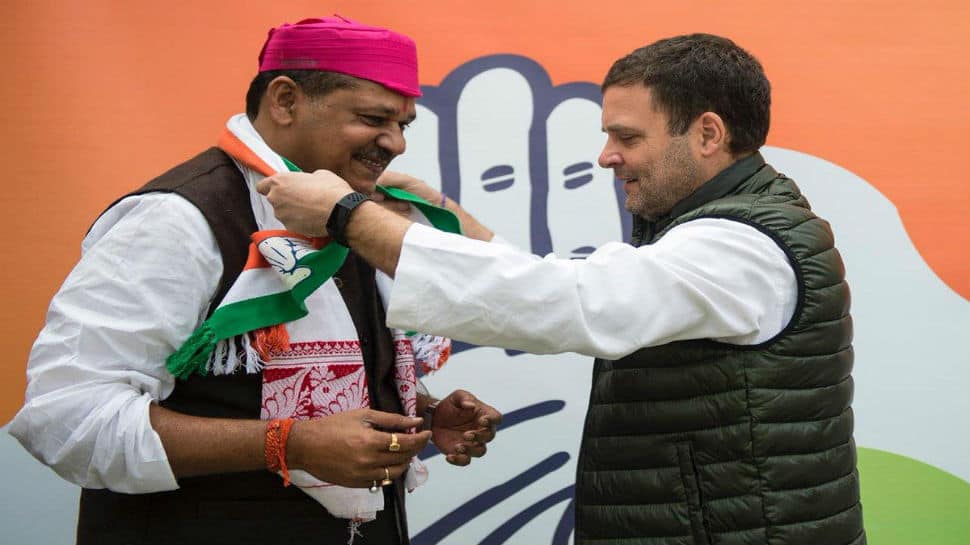 Putting to rest days of speculation, Congress on Monday announced that Kirti Azad will contest Lok Sabha 2019 election from Dhanbad in Bihar.

The cricketer-turned-politician had made his political debut with BJP but had had a fall out with the party. He crossed over to Congress on February 18 but the entry of the Darbhanga MP led to rifts within the mahagathbandhan over whether Azad would get to contest from here once again or will Congress cede the seat to its allies in the state.

The matter was resolved with RJD's Abdul Bari Siddiqui being the candidate of choice for Darbangha from the mahagathbandhan. Azad who had previously - in 2014 - defeated Siddiqui will now battle from Dhanbad.

Naming Azad from Dhanbad may not be the end of Congress' woes as many minority communities have been demanding the seat for their representatives. Azad may be regarded as an outsider, say political analysts, which could hurt Congress' prospects although the party is hoping the former BJP MP can be a shot in the arm for it.