The election could be spread over several phases over the next two months. This is a high probability that the election will be held in 7-8 phases. 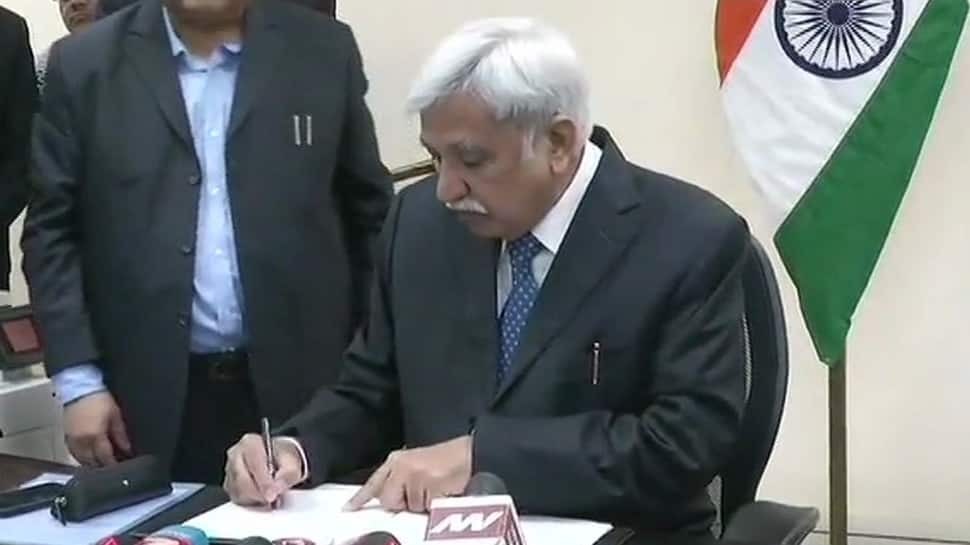 NEW DELHI: The Election Commission of India will on Sunday announce the schedule of the 2019 Lok Sabha election. The announcement is likely to be made at a press conference at 5 pm on Sunday. The term of the present Lok Sabha ends on June 3.

The EC had on Saturday conducted a review meeting in Delhi as part of preparations for the multi-phase Lok Sabha election. The election could be spread over several phases over the next two months. This is a high probability that the election will be held in 7-8 phases. The model code of conduct will come into effect as soon as the poll dates are announced.

Since the Jammu and Kashmir assembly has been dissolved as is under President's Rule, the EC is bound to hold fresh polls there as well within a six-month period, which will end in May. However, there is no clarity yet whether elections in Jammu and Kashmir will be held along with the General election.

The Election Commission officials have earlier stated that the required electronic voting machines and paper trail machines are in place to be deployed in nearly 10 lakh polling stations across 543 Lok Sabha constituencies.

In 2014, the election for the 16th Lok Sabha took place in nine phases between April 7 and May 12 while the counting of votes took place on May 16. The Bharatiya Janata Party-led National Democratic Alliance (NDA) secured a massive majority and Narendra Modi took oath as the 14th Prime Minister of India on May 26. BJP created history by becoming the first party other than the Congress to secure an absolute majority in the Lok Sabha. It is also the first party since the 1984 Lok Sabha election to cross the half-way mark of 272 seats.