Lok Sabha election: My fight isn't against any party or candidate but against anti-nationals, says Giriraj Singh 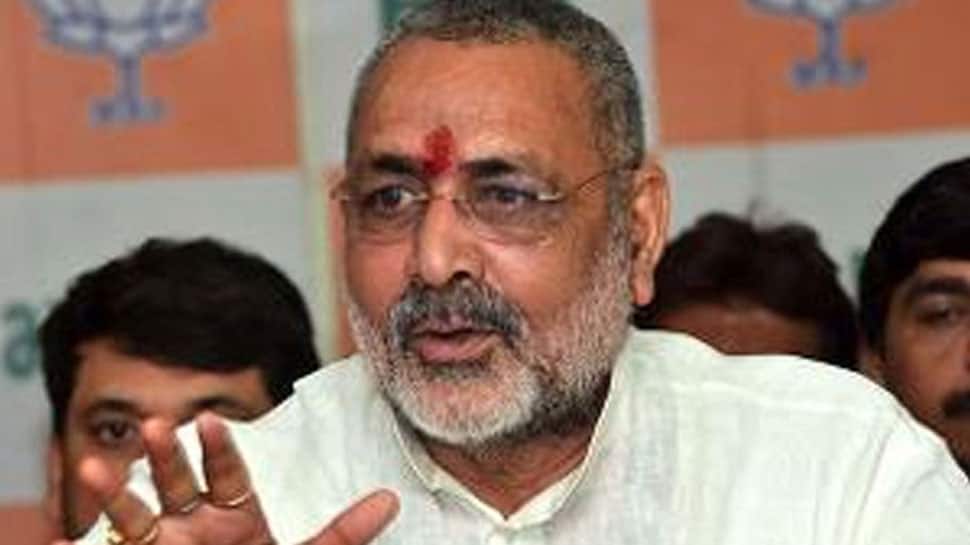 The Prime Minister addressed a public meeting at ITBP Ground, Aalo in West Siang district of Arunachal Pradesh. He will address two more election rallies in Assam later on Saturday.

PM Modi will address a gathering in Moran of Dibrugarh and then he will move to Ghaigaon in Gohpur to address another rally.

Thank you for joining us. Do come again on Sunday (March 31) for election live updates.

Here are the updates from Saturday (March 30):

* Union Minister Giriraj Singh, who will contest for the BJP from Bihar`s Begusarai constituency, said his fight is against "desh ka gaddar" (traitor). He insisted that his fight in the upcoming Lok Sabha polls is "not against any party or candidate" but against the anti-nationals. "I am sure that people of Begusarai will not only defeat them (traitors) but also give them a befitting reply."

* Assam, rest of Northeast suffering from infiltration problem due to policies of previous Congress governments. It was Jan Sangh and leaders like AB Vajpayee who raised voice in support of Bangladesh during its independence movement: PM Modi in Assam's Gohpur.

* Taking a jibe at the Opposition, PM Narendra Modi said, "They hate chowkidar, they've a problem with chaiwallas too. I used to think it's only one chaiwalla on their target. But when I visited all corners of the country, I realised be it West Bengal or Assam, they don't even like to look at someone associated with tea.

"What else is the reason for tea farmers to face problems for 7 decades? They did not even get basic facilities. Only a 'chaiwaala' can understand the pain of 'chaiwallas'," added the PM in Assam's Dibrugarh.

* The Election Commission of India sent notices to the Ministry of Civil Aviation and the Ministry of Railways, seeking a response on Prime Minister Narendra Modi's image seen on boarding passes and tea served in paper cups bearing 'Main bhi Chowkidar' (I am also a watchman) slogan. Read more

* Preparations are underway at Aalo in Arunachal Pradesh's West Siang where PM Modi will address a public rally today as part of election campaign.

* Visuals from Gujarat's Ahmedabad where preparations are underway ahead of the filing of nominations by BJP president Amit Shah. He is contesting from Gandhinagar parliamentary constituency.

Gujarat: Visuals from Ahmedabad where preparations are underway ahead of the filing of nominations by BJP President Amit Shah. He is contesting #LokSabhaElections2019 from Gandhinagar parliamentary constituency. pic.twitter.com/TJjQ18lAJR

* Amid the ongoing tussle between the BJP and the Shiv Sena over Mumbai North-East Lok Sabha constituency, RPI chief Ramdas Athawale says that he should be given opportunity to contest the polls from this seat.