There are 42 Lok Sabha constituencies in the state out of which the ruling Trinamool Congress is leading in more than half of the total seats. 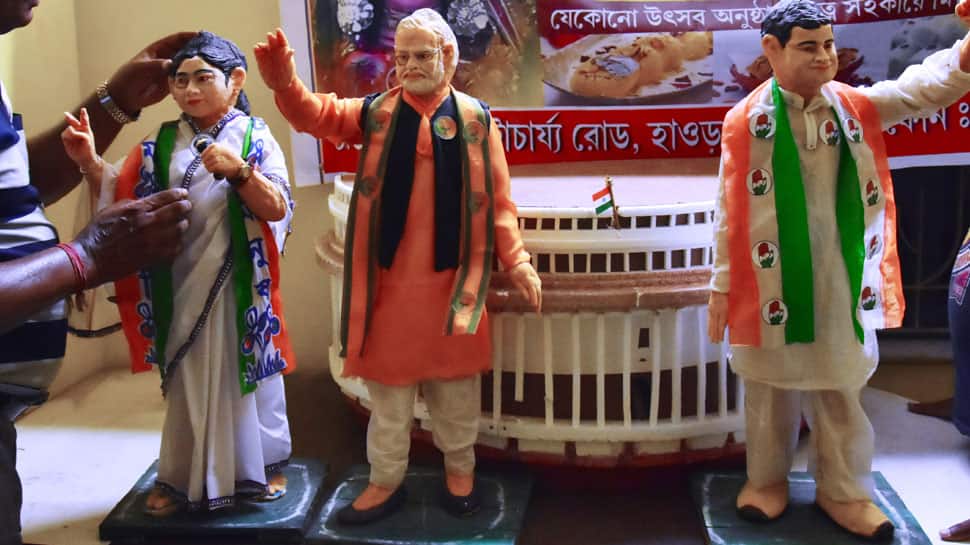 The Bharatiya Janata Party (BJP) on Thursday gave a massive jolt to the ruling Trinamool Congress (TMC) in West Bengal after breaking all political barriers. According to the trends till 1 pm, the saffron party made inroads in the state riding on more than a dozen seats. There are 42 Lok Sabha constituencies in the state out of which the ruling Trinamool Congress is leading in more than half of the total seats.

This is a colossal surge for the BJP as this is the first time that it is leading on double digits. In the 2014 Lok Sabha election, the saffron party had won only a meagre two seats. West Bengal has been the fort of TMC chief and state chief minister Mamata Banerjee for the last ten years and the Left Front preceding that.

In Asansol, BJP's Babul Supriyo is ahead of TMC's Moon Moon Sen while Trinamool Congress' Mimi Chakraborty is ahead of BJP's Anupam Hazra in Jadavpur. BJP candidate Locket Chatterjee is leading from Hooghly constituency, where TMC supremo Mamata Banerjee launched her anti-land acquisition agitation in Singur, which catapulted her into the national spotlight. Chatterjee was leading ahead of Trinamool Congress candidate Ratna De, according to the latest Election Commission trends.

The state where the Lok Sabha election was held in seven phases and 466 candidates are in the fray. Large-scale violence was reported from different constituencies across the state in all the seven polling phases, with Trinamool Congress and BJP blaming each other for the violence.

Controversy also erupted after the statue of Bengali cultural icon Ishwar Chandra Vidyasagar was vandalised in Kolkata during Amit Shah's roadshow on May 14, leading to clashes between TMC and BJP supporters. As many as 200 companies of central armed paramilitary forces (CAPFs) will remain deployed in West Bengal till May 27 in a bid to curb any post-poll violence that might occur in the state.