The land on which the temple stands, in the city's Guru- Baksh-Kev- Taliya area, was embroiled in a legal dispute. 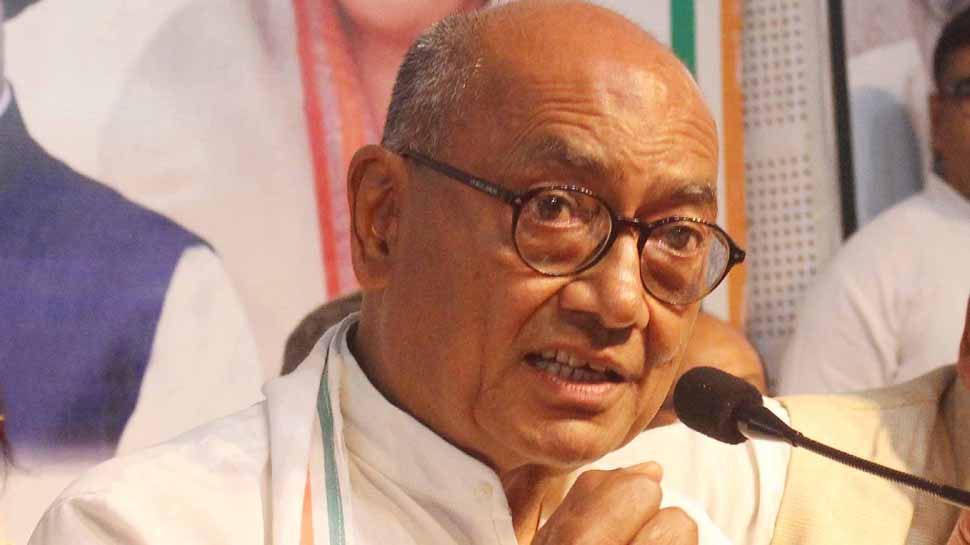 Bhopal: Senior Congress leader and the party's Bhopal Lok Sabha candidate Digvijaya Singh Saturday prayed at a Ram temple here and told its trustees that land on which the structure stands will be handed over to them.

The land on which the temple stands, in the city's Guru- Baksh-Kev- Taliya area, was embroiled in a legal dispute. While BJP leaders claimed the temple land was grabbed by the District Congress Committee (DCC), a court here had ordered that the land belonged to the DCC, a local Congress leader said.

Congress corporator Yogendra Chauhan, also known as Guddu, who accompanied Singh when he prayed at the temple, said the former MP CM's gesture should be welcomed by all, especially the BJP.

"When Digvijaya Singh was state CM (between 1993-2003) he had allotted the land to the DCC. There was a dispute between the temple trust and the DCC over the land. A court, however, ordered that the land belongs to the DCC," Chauhan claimed.

Singh's move has, however, caused discomfort in the BJP which alleged the former CM was remembering Lord Ram as elections are round the corner.

BJP leader and former MP minister Vishwas Sarang said, "Now, he is remembering Lord Ram as elections are drawing near. The land on which the temple stands in Guru-Baksh-ke- Taliya was grabbed by the Congress. We have protested against it several times."

Singh is contesting from Bhopal, a BJP stronghold since 1989.

The BJP's Alok Sanjar had won the 2014 Lok Sabha polls defeating the Congress' PC Sharma by over 3.7 lakh votes. The BJP is yet to declare its candidate for the seat for the April-May Lok Sabha polls.

Punish Congress and its allies in such a way they lose deposits: PM Narendra Modi