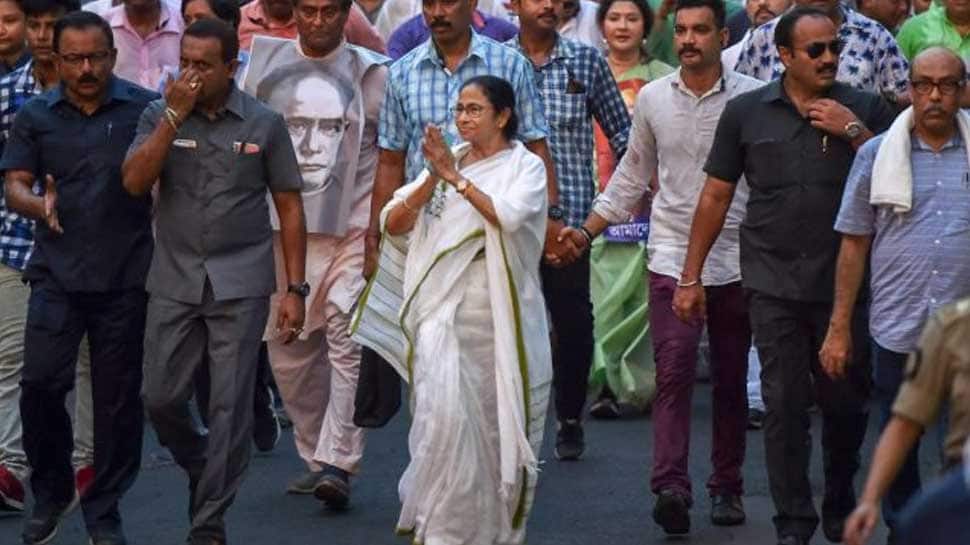 According to reports, the five-member committee has been formed under the state's Home Secretary, Alapan Bandyopadhyay.

While Bandyopadhyay will head the committee, Kolkata Police Commissioner Anuj Sharma, IPS Javed Shamim, IPS Kousik Das and Principal of Vidyasagar College will be the other members of the committee.

The order issued by the Chief Minister's office said that ''new Home Secretary Alapan Bandyopadhyay-led five-member committee will probe into the incident of vandalism of 200-year-old Vidyasagar statue.''

The TMC government had earlier appointed a Special Investigation Team to investigate the incident.

Vidyasagar's statue was damaged during a roadshow of Bharatiya Janata Party president Amit Shah in Kolkata.

West Bengal's ruling party and the Bharatiya Janata Party had accused each other of vandalising the iconic reformer's statue.

Prime Minister Narendra Modi, during a rally in Martharpur town in West Bengal, had said that the bust of Vidyasagar was kept in a locked room, and only Trinamool Congress workers had the keys.

During the last phase of the 2019 Lok Sabha election, the apex poll panel also took note of the incident and condemned the desecration of the statue.

Attacking the Mamata government, PM Modi had offered to rebuild the statue.

Rejecting the offer, Mamata Banerjee said the state has enough resources for the reconstruction of the statue.