The MLAs, however, said that they will not leave the party but will start working again at the grassroots level. 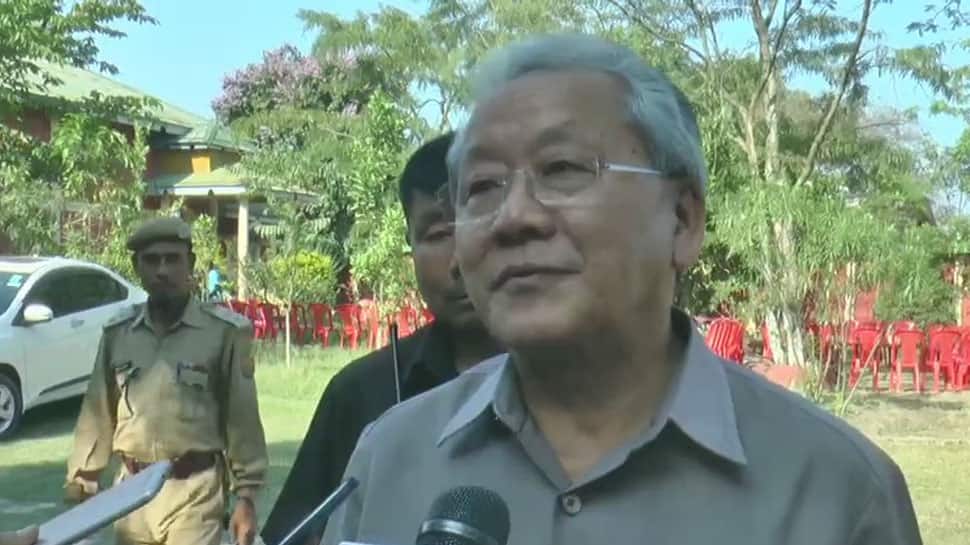 The MLAs, however, said that they will not leave the party but will start working again at the grassroots level. The president of MPCC, G Gaikhangam, told ANI that the sudden decision by the sitting MLAs to tender their resignation was a strategy to strengthen and rejuvenate the party in Manipur.

"Some friends have tendered resignation but I have not yet seen the papers...Rahul ji has offered his resignation to give direction to strengthening the party. So, at Pradesh Congress Committee (PCC) levels we have to follow suit," he said on Wednesday. Putting an end to any kind of speculation, Gaikhangam, who is also a member of the Congress Working Committee (CWC), stated that submission of resignations by the MLAs does not necessarily mean they would join another party.

They have taken the affirmative step following the footsteps of the Congress president, as responsible leaders of the state, he noted. "It does not mean that they dislike the party but we have to follow our leader. That is the only reason," he added. Speaking about the crushing defeat of the Congress in the recently concluded election, Gaikhangam said that the results show that the power of the party has crumbled down in most of the states.

Considering the prevailing scenario, Gandhi has taken a stand of stepping down from his post as a first step towards strengthening the party. "The PCC of every state is thinking about pragmatic measures to enhance the power of the Congress party. Similarly, the Manipur unit is also trying to reshuffle and restructure the system as a whole. As an initial step, the MLAs have tendered resignation as responsible leaders," he added. He further said that CWC will soon take a decision on whether to accept or reject the resignation proposal of the 12 MLAs.

After Congress' poor show in the recently concluded general election, Rahul Gandhi, who became the Congress president in 2017, offered to step down from his post at the CWC meeting held on May 25, taking moral responsibility for the party`s dismal performance. However, his resignation offer was unanimously rejected by the CWC. So far, several top leaders have met Gandhi and urged him to continue to lead the party.

Sources said that despite senior members making serious attempts to convince the 48-year-old party chief to rethink his decision, he remains unfazed. These leaders, sources said, maintained that Congress cannot afford to have someone new at the helm for rebuilding the organisation at this juncture and that the responsibility for the defeat is collective and not individual. The Congress won 52 seats in the recent general election, which is just eight more than 2014, in the outgoing Lok Sabha.The NDA, on the other hand, registered a massive victory, winning 354 seats to retain power. The BJP alone won 303 seats, its highest tally ever.