BSP supremo Mayawati has landed herself in a major soup for appealing the Muslims to not vote for the Congress during the upcoming Lok Sabha poll. 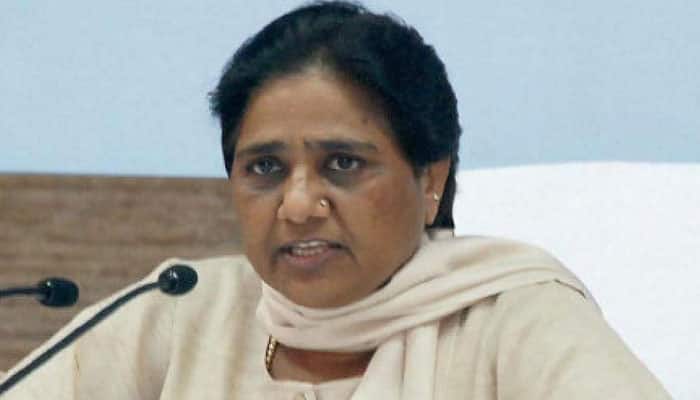 BSP supremo Mayawati has landed herself in a major soup for appealing the Muslims to not vote for the Congress during the upcoming Lok Sabha poll.

The former Uttar Pradesh chief minister made the controversial remarks at the joint rally of SP-BSP-RLD in Deoband on Sunday. The UP Chief Electoral Officer has taken cognizance of the matter and sought a report from the concerned authorities over Mayawati's speech.

During the rally, Mayawati had urged the Muslims to cast their votes in favour of the SP-BSP-RLD alliance, accusing the Congress of plotting to divide the Muslim vote bank in order to defeat the Mahagathbandhan.  “Don’t get divided, vote en masse for Gathbandhan. We have BSP vote in every seat, SP is also mobilised. If Muslims want BJP to lose, they have to stand firmly behind Gathbandhan,” Mayawati was quoted as saying by ANI.

ANI reported that the office of Chief Electoral Officer (CEO) Lakku Venkateshwarlu has taken cognizance of Mayawati’s comments. An official privy to developments told ANI, “The CEO has sought a report in this regard from the local administration.”

During his speech at the rally, Mayawati had also said that the voters were willing to bid farewell to the BJP and embrace Gathbandhan. “This election, Uttar Pradesh is bidding farewell to the BJP and embracing the Gathbandhan. As soon as PM Modi will know about the huge crowd at this rally today, he will once again attack the alliance and speak absurdly.”

The BSP chief also took a dig at the BJP, claiming that the saffron party is misusing Pulwama issue, GST and demonetisation. She also urged the people to not vote the BJP back to power and added, “Removing Modi is not enough, Yogi also needs to be shown the door.”

The seven-phase Lok Sabha election is scheduled to begin on April 11 and will go on till May 19. The counting of votes will take place on May 23. The voting in Uttar Pradesh will take place in all seven phases. Uttar Pradesh is the most crucial state electorally because the state sends 80 lawmakers to the Parliament.