Narendra Modi is more of a publicity PM: Akhilesh Yadav

"People are yet to see achhe din. Modiji is more of a publicity PM. On May 23 (counting day), India will get a new prime minister," Akhilesh Yadav said. 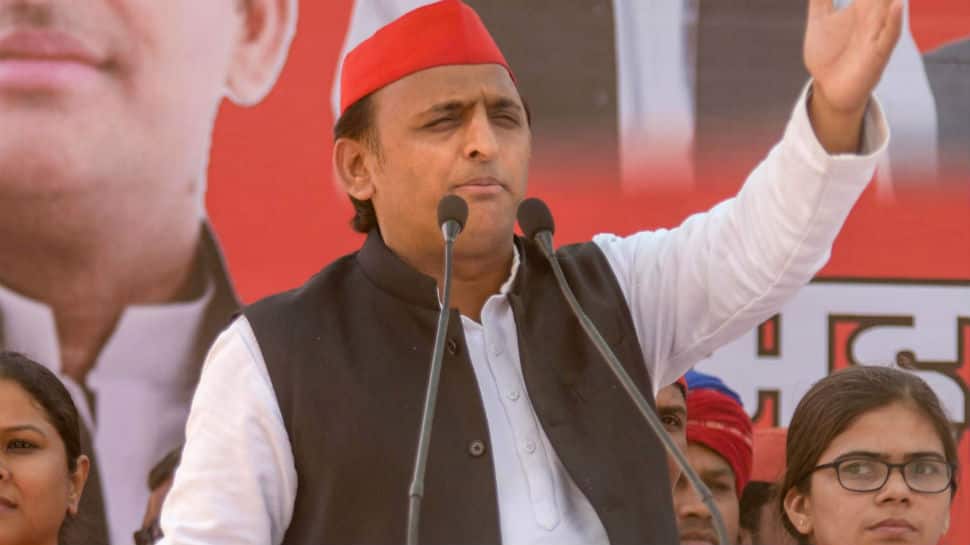 Lucknow: Samajwadi Party chief Akhilesh Yadav on Sunday exuded confidence that his party's alliance with Mayawati's Bahujan Samaj Party (BSP) and Rashtriya Lok Dal (RLD) in Uttar Pradesh will emerge victorious in the largest number of seats in Uttar Pradesh at the expense of the Bharatiya Janata Party (BJP).

He also spoke at length against the Narendra Modi-led NDA government at the Centre saying that the Prime Minister "always does the opposite of what he promises" and is just a "publicity PM."

"The BJP is not able to tell its achievements. Terrorism increased and most of the jawans got martyred in their rule," he alleged.

"People are yet to see achhe din. Modiji is more of a publicity PM. On May 23 (counting day), India will get a new prime minister," Akhilesh added.

In an exclusive interview to Zee News, Akhilesh, a former chief minister of Uttar Pradesh, said that most of the seats will go to the SP-BSP-RLD in the state and added that their alliance is the alliance of the future, which the BJP-led state government wants to break. "I don't have a problem with Yogi Adityanath, but he is not working and has also stopped all the development work there," he said.

Explaining why the 2019 election is different, Akhilesh said it is because "India will see a new government this time."

He slammed the BJP government by taking the example of ex-BSF jawan Tej Bahadur Yadav, who opted to fight the election on SP ticket against PM Modi in Varanasi. However, his candidature was rejected by the Election Commission.

Tej Bahadur Yadav was dismissed from service two years ago over his viral post on poor food quality for jawans. Akhilesh said the government was afraid of one jawan.

"BJP just wants votes in the name of the army, but does not want to help them," Akhilesh Yadav said.

He also shared light on how SP formed an alliance with BSP. Akhilesh said that he and Mayawati spoke about it for the first during the Lok Sabha by polls in Gorakhpur and Phulphur and after that, the alliance was formed. He added that an alliance with the Congress was not on the agenda at present.

"I may be knowing Rahul Gandhi well but political alliances are a different thing altogether," he said.

The SP supremo also added that the alliance partners will decide on the next prime minister together.

The 80 seats in Uttar Pradesh are voting in all the seven phases of the Lok Sabha election. The result of 542 Lok Sabha seats will be declared on May 23.