Narendra Modi is the only non-Congress PM to win two successive terms in office. 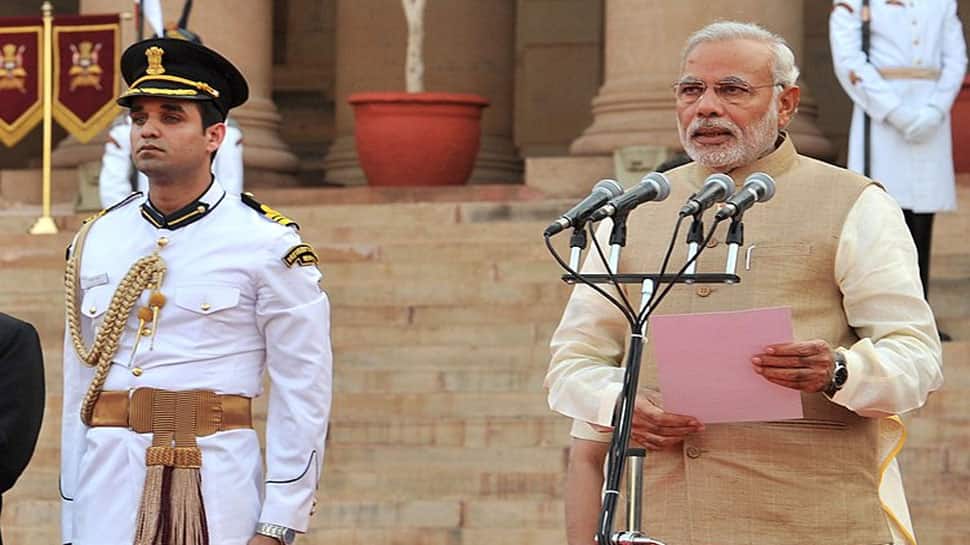 New Delhi: The oath-taking ceremony of Narendra Modi for the Prime Minister's office will be a grand spectacle at the forecourt of the Rashtrapati Bhawan and will be attended by 4 Presidents, 3 Prime Ministers, One special envoy, India's top political class and the entire diplomatic corp. Millions will be watching it television and social media, as always is expected to see millions of tweets and posts.

BIMSTEC leaders will also be coming at the oath-taking ceremony.

Narendra Modi has been getting congratulatory calls and messages by world leaders since the election results were announced on May 23.

Nepal Ambassador Nilambar Acharya said, "We have close relations and we are confident that relationship will get further impetus in the 2nd term of Narendra Modi"

Thailand, one of the BIMSTEC country, is being represented by special envoy Grisada Boonrach since due to there own government formation.

"Thailand applauds India's vibrant democracy & welcomes the swearing in of a new government. The next 5 years will see a New India @ 75 & dynamic change. Strong neighbours can reinforce this. That's why we are honoured to be here", Chutintorn Gongsakdi, Ambassador of Thailand said.

Meanwhile, Sri Lankan envoy Austin Fernando said, "We must remember that we are not only friends and neighbours, but relations too. Our mutual relations will certainly benefit both countries also in the future under PM Narendra Modi's second tenure of office."

Before the oath-taking ceremony, PM will pay homage to father of nation Mahatma Gandhi at Rajghat, the samadhi of former Prime Minister Atal Bihari Vajpayee at Atal Samadhi and the National War Memorial in front of India Gate, before he takes oath at Rashtrapati Bhawan at 7 PM.