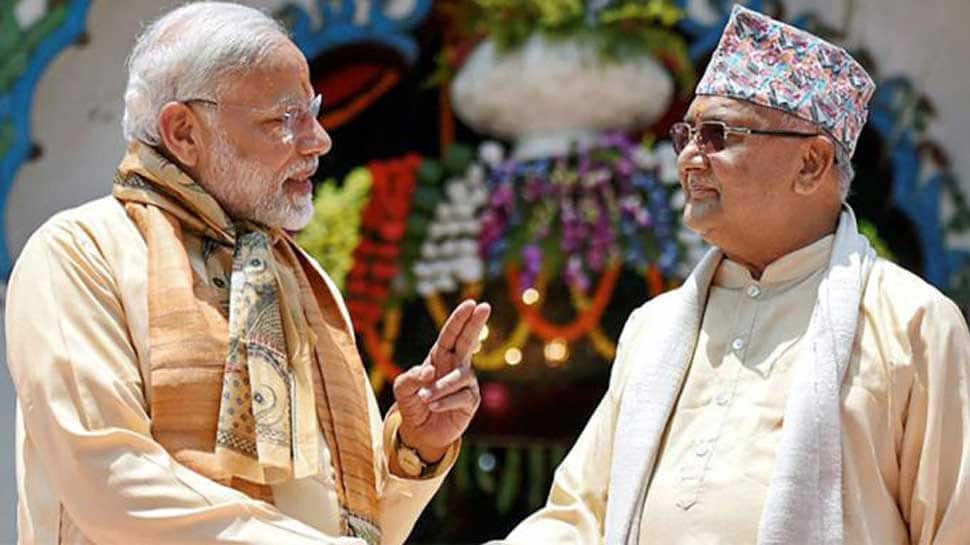 Kathmandu: Nepalese Prime Minister KP Sharma Oli will attend the swearing-in ceremony of his Indian counterpart Narendra Modi, scheduled to be held on May 30 in New Delhi, Nepal`s Ministry of Foreign Affairs said in a press release on Tuesday.

Oli will be accompanied by his wife and other high-ranking government officials. The two leaders will be holding bilateral talks on May 31. Like SAARC leaders last time, heads of government from neighbouring BIMSTEC countries have been invited to attend the swearing-in ceremony of Prime Minister Modi for his second term.

The decision to invite the leaders from the grouping is in line with the government`s `Neighbourhood First` policy, according to the Ministry of External Affairs spokesperson Raveesh Kumar.

Apart from BIMSTEC leaders, invitations have also been extended to Kyrgyzstan`s President Sooronbay Jeenbekov, the current Chair of the Shanghai Cooperation Organization, and the Prime Minister of Mauritius Pravind Jugnauth, who was the Chief Guest at this year`s Pravasi Bhartiya Divas.

In 2014, when Modi won his first term, all the SAARC leaders, including the then Pakistan Prime Minister Nawaz Sharif attended the swearing-in. Member countries of the Bay of Bengal Initiative for Multi-Sectoral Technical and Economic Cooperation (BIMSTEC) include Bangladesh, Bhutan, Myanmar, Nepal, Sri Lanka, and Thailand besides India.