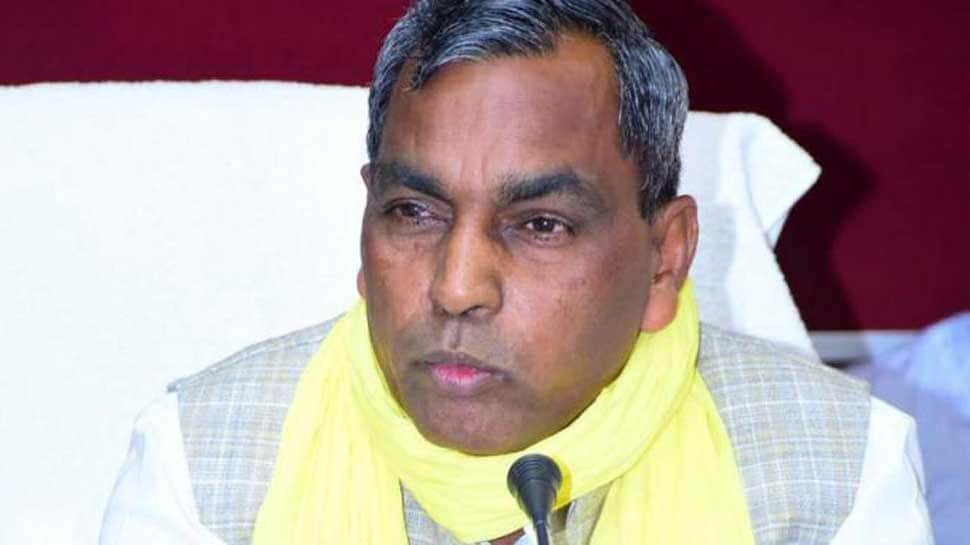 Lucknow: Hours after Uttar Pradesh Chief Minister Yogi Adityanath sacked Om Prakash Rajbhar from the Council of Ministers, the BJP said that he has shattered the decorum of alliance 'dharma' by continuously speaking against the party despite being an ally.

Earlier in the day, Uttar Pradesh Chief Minister Yogi Adityanath recommended to Governor immediate sacking of Rajbhar, who is also the Suheldev Bhartiya Samaj Party (SBSP) chief, from his cabinet for his outbursts against senior NDA partner BJP.

"The BJP is a party which gives full respect to its allies and honours the coalition dharma. But, it is unfortunate that our alliance partner in UP, Om Prakash Rajbhar, not just violated the decorum of alliance dharma, but shattered it. It is for this reason that the party and UP Chief Minister Yogi Adityanath were compelled to take such a strong step," state BJP chief Mahendra Nath Pandey said in a statement here.

"Despite staying in alliance (NDA), Rajbhar continuously made statements against the BJP and the BJP-led UP government. He also opposed various policies of the state government," he added.

Pandey said Rajbhar construed the BJP's "decorum" and "tolerance" as its "weakness".

"He not only fielded candidates against the BJP in this Lok Sabha election but also openly supported candidates of rival political parties. Despite this, we exercised restraint," the BJP leader said.

Pandey, however, hoped that the Rajbhar community will continue to support the BJP.

He alleged that Rajbhar had "deceived" the community which gave him an identity.

Adityanath also recommended to the governor that all other SBSP members holding the rank of minister of state be removed immediately, the spokesperson said here.

Rajbhar has often been making controversial statements against the saffron party, the latest being during the Lok Sabha election campaign when he said that BJP members should be "thrashed" with shoes.