Opposition parties complain to EC against BJP's name under its symbol on EVMs; EC says in use since 2013

The EVMs display the party symbols, name of the candidates and their photographs. 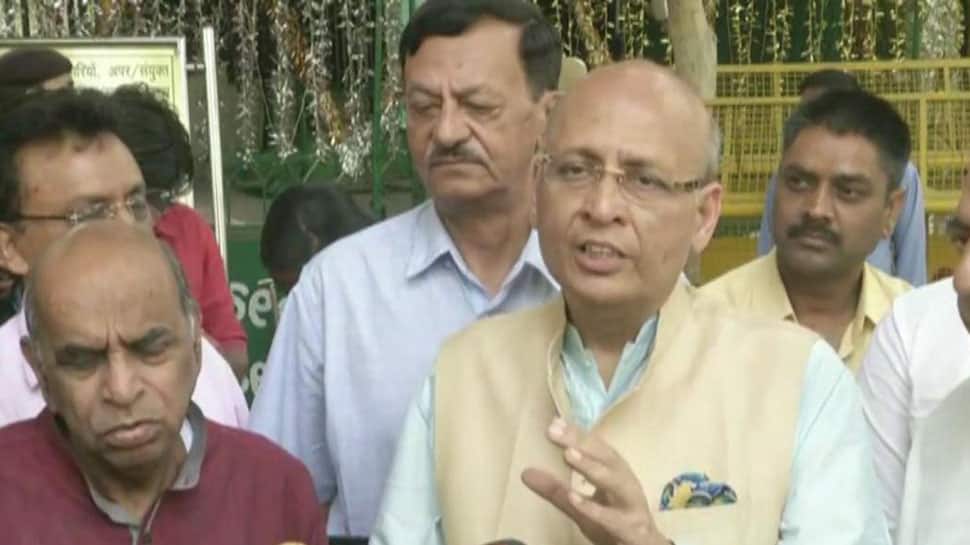 New Delhi: Opposition parties on Saturday approached the Election Commission (EC) alleging display of party name only under the BJP symbol on EVMs during a mock poll in West Bengal's Barrackpore constituency, but the poll panel said the same insignia has been under use since 2013.

A delegation of opposition parties comprising senior Congress leaders Abhishek Manu Singhvi and Ahmed Patel and Trinamool Congress' Dinesh Trivedi and Derek O'Brien met Chief Election Commissioner Sunil Arora over the issue and demanded that either all such EVMs be removed from the remaining phases of elections or names of other parties be added too.

The EVMs display the party symbols, name of the candidates and their photographs.

"On EVMs, letters 'BJP' are visible under the party's symbol. No other party's name is there. Either remove all machines which mention BJP clearly or all other parties' name should be added in all such machines. Till then the use of these machines has to be totally stopped in the elections," Singhvi told the reporters after meeting the CEC.

Former railway minister Dinesh Trivedi, who is also a sitting MP from Barrackpore, said this was a "clear fraud on the people" and an attempt to "hack the EVMs". He also showed purported photographs of the EVM where the party symbol of Lotus included the words BJP.

"Yesterday the commissioning of EVMs was going on in my constituency. We saw the name of BJP clearly written under its Lotus symbol. My party people pointed this out and we requested the returning officer to stop the commissioning.

"We approached the state election body also. But the CEO could not take a decision saying elections are already going on," he said.

"To our utter surprise, before the EC could hear our part of the argument, they had already given the judgement that we are carrying on with the process and there is nothing wrong," Trivedi said.

Meanwhile, the Election Commission, in a letter to Trinamool Congress general secretary Subrata Bakshi, said, "The symbol of BJP was last modified in 2013 and subsequent to that in all elections, including the general elections to the Lok Sabha in 2014, the same design has been used."
The commission said there has been no deviation in the symbol since then.

BJP's Arjun Singh is contesting from the Barrackpore constituency, while Trivedi is the candidate for Trinamool Congress.